Music changes in every generation and we should appreciate it.
Ed Stetzer 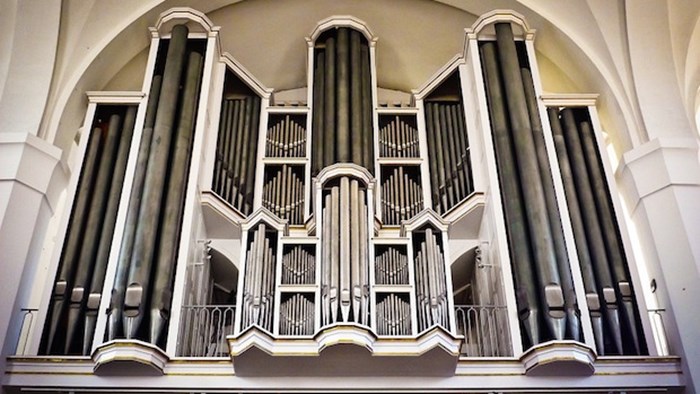 It may be a generalization to say the church today has three generational expressions, but I think we can work with it. You can walk into most churches and recognize quickly what generation it falls into. Most of today’s churches fall into one of these categories related to worship style.

First, there is a traditional format.

Believers who worship in a traditional church will dress up and carry themselves in a more conservative fashion. In general, they will be more concerned about reverence in the church compared to others. The music will be traditional hymns. Anything more recent than Jack Hayford's "Majesty" might be suspect.

A traditional format will be very similar to a church service conducted in the 1960s or 1970s. This reflects my parent’s generation. (Remember, these are generalizations, but still predictable.) Interestingly, it is also what my daughter prefers!

Second, is the contemporary church.

It tends to be comprised of the Boomer generation and younger. Christians who are part of a contemporary church will usually be more relaxed in their approach. They dress more casually when they go to church. Men wear jeans more than khakis. More women will wear pants than dresses. Their order of service is casual, but probably more intentional than in many traditional churches. They will often have a blended musical style, or lean to contemporary. Ease of singing and passionately expressive lyrics are expected in the songs.

This approach is a bit harder to describe. Some of these churches are intentional about not being predictable or appearing to come from a traditional mold. Their band may have an electric guitar, but it might have a cello and clavichord, too. While they don’t dress up per se, there is almost an unstated expectation that you will dress to reflect the culture they are trying to reach. (There will be suspenders!) The music may include a mix of modern worship songs. Many older hymns will have been updated. Theological depth is expected in the songs.

Now, I get that there are a thousand variants of musical style. My concern is more with the implications than the descriptions, but it is worth noting that we are the only generation in recorded history that can list its worship style by generation.

We’ve gone through a monumental shift of style in our lifetime, which has never happened before. If you were living between 1860 and 1890, you didn’t have the option of choosing between three generations of churches. But think about the remarkable shift that took place from 1960 to 1990.

My main concern is that the current patterns may not be sustainable.

Would it be possible to have four or five generations of styles at one time? In our generation, formality and traditionalism is shifting out of general church practice. According to research from a few years ago, churches were moving to contemporary (verses traditional) at an 11-1 ratio.

Music has always been at the center of such shifts, and often brought controversy.

Every generation tends to dislike the music of the next generation. But the current shift is unprecedented historically. So what can the larger church learn from the churches that are growing?

The contemporary church has done a great job of recognizing shifts and patterns in culture. They have stylistically engaged culture in relatable forms. Unbelievers aren't required to navigate or appreciate a unfamiliar musical style before they grasp the words. And the culture is responding positively to this effort.

I don't believe modern worship (necessarily) "dumbs down" the music, but makes it makes it more accessible to those unfamiliar with church, church music, and maybe with God.

The tunes of the Jesus Movement were criticized as Larry Norman complained that the devil had all the good music.

Our church has a campus that meets in a movie theater and one in an established church building we renovated. We have a more contemporary style that's not perfect, but it is where we are. Our style would bother some people in your church and maybe some of you reading this.

But we actually have senior adults who come. Senior adults in our church come because they love being around young families and children. Of those that attend most Sundays, almost half are children, students, or youth workers.

Focusing on What Matters Most

Most churches are going to make the transition to feel more contemporary than traditional. I think the third category will grow as well.

But, most churches are changing.

The camp revival era birthed much of the music in my denomination. So it was a lot of “Victory in Jesus” and “Have a Little Talk with Jesus” styled music. Few places in culture sing in that style any more.

People often say “We’ve got to teach them the value of the hymns” which they tend to associate with a traditional musical style. If by learning the value of hymns, you mean having a more robust theology in lyrics, I agree. If you mean that we need (as a measure of discipleship) to teach them an old musical style—I want you to hear this, so I’ll say it very clearly: That’s missing the point.

Church survival doesn't depend on music style. You teach people primarily through words, not melodies. Words matter. Truth endures. Melodies fade in and out over time.

I am much less concerned that people sing "Victory in Jesus" in 4/4 time than I am that they sing about victory in Jesus. I want them to SING and know about the VICTORY.

When we talk about the great hymns of the faith, I want worshippers to live and sing about the faith. We sing “Amazing grace, how sweet the sound,” at my church, but we sing it in a contemporary version.

At the end of the day, my church is more contemporary, because we think that approach engages our community well.

My daughter, as I mentioned, is about to go off to college and—in stark rebellion to the church her father planted—join the choir of a traditional church. (I'm joking, of course.) Now, she is not part of a trend—the large trend of large, non-denominational, contemporary churches. I’m good with the general trend toward contemporary, though I want more depth. My daughter is part of a counter trend, and I am thankful for her passion. (She DOES sing opera and all...)

If current trends continue, and that’s what trends tend to do, more and more churches will be contemporary. For us, and for many others, we want to embrace that, while encouraging more congregational singing, better depth of lyrics, and more.

So, we’re not going to be a Led Zeppelin concert from 1973 or a One Direction concert from 2013. The future is going to be contemporary. The mix will include some historical songs redone in a modern context, which will build some bridges across generations.

I leave you with this: most churches that want to reach their community will be more, rather than less, contemporary. As churches embrace that reality on the other side of the worship wars, we can (and should) bring back some of the things that might have been left behind—like more depth, broader variety, and congregational singing across generations.

What do you think? When you look into the future, what do you see stylistically/musically?