Don't substitute the things we know for the things of God.
Ed Stetzer 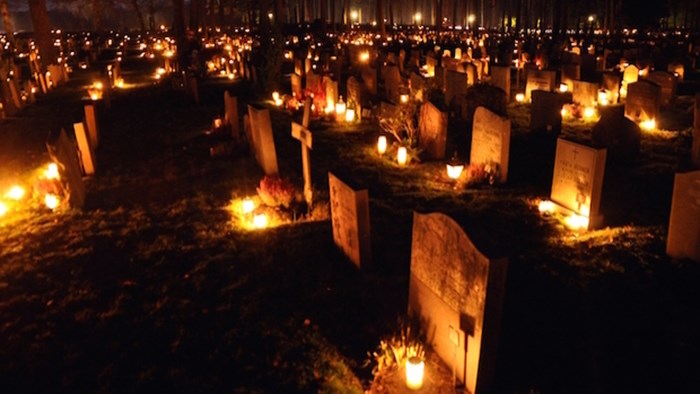 Jesus most harsh words were reserved for the religious leaders of His day, and among His most harsh words for them was the elevation of tradition over God. The scribes, Pharisees and Sadducees had no problem with man-made rules and regulations that so "clarified" what God had to say, God was lost in the process.

That's why I think it's important to recognize good, and bad, traditions.

Traditions can be wonderful things.

They can create shared memories that remind those who participate in them of important events or truths.

If you follow me on Twitter, you’ve seen I have a standing appointment on the Saturday mornings I am home. In the summer, my daughters and I typically visit the yard sale with food, aka Cracker Barrel, and make the rounds of the garage sales nearby to see if anyone else’s junk should be our junk.

We don’t go to Cracker Barrel because we necessarily need pancakes (I don’t, I assure you), and we don’t go to yard sales because we need more stuff. Saturday mornings aren’t about the particular traditions, per se; they are about making sure my daughters understand how much I love them.

Our dates express to my children their importance to me. They affirm our relationship.

Someday (and I hope it’s not too soon), pancakes and garage sales may no longer be a useful method of communicating this message. When that time comes, I will need to let go of the tradition—even though it will be difficult for me—and develop new ways to continue to communicate that same message to my daughters.

The message is far too important to let the method of delivery affect its impact.

Continuing the tradition when my children think it is silly or it has lost meaning could actually have a negative impact. It could either become simply rote action or begin to taint the fond memories we have of our Saturday morning adventures.

The message is far too important to let the method of delivery detract from that intended meaning.

The same is certainly true of our churches and the message of the gospel entrusted to us. This can affect every type of church.

For sake of clarity, I am not speaking Tradition with a capital “T.”

Many denominations would say their liturgy is Tradition. And, that’s not what I am talking about. You can be liturgical and not get trapped in a negative expression of tradition.

Anglicans would say part of their Tradition is included in “the faith delivered to the saints.” I’m not unaware or opposed to the idea that there is certain Tradition that is so entwined with the gospel and the way we should do church that it should be passed on and propagated. I understand liturgy and I understand why it is a valued big “T” tradition.

The problem comes in when the traditions are built, not on gospel foundations or on liturgical /theoligcal Traditions, but on cultural milieu and are then held to as if they are gospel truth.

Why? Well, when a church is either birthed or flourishes in a certain era, it tends to get trapped in that era and continues to express its culture.

Or, put another way, if your Lutheran church in Kenya insists that European structures of music are required to be truly Lutheran, that’s a bad application of tradition. If they apply their understanding of the sacraments, law and gospel, and liturgy in a Kenyan setting, that’s the right application of Tradition.

And, that’s true in suburban Seattle as well.

Some might refer to this inapproriate application as traditionalism.

Several low church, traditional denominations thrived in the 1950s, and I like to joke that if the ‘50s come back we are ready to go.

The ‘50s were a heyday. Because some decominations thrived in that time, they hold it tightly and continue to propagate ‘50s culture in many of their churches. So, some Wesleyans, Baptists, and Pentecostals can get stuck in that era.

On the other hand, some Presbyterians, Anglicans, and Lutherans thrived many years earlier; therefore, their cultural expressions often seem ancient in comparison.

When we fall in love with a particular era that holds special meaning to us, we always struggle to engage the current culture, because it is different than the one we hold dear.

If we cling to the era we love, it exposes the fact that we value our cultural expressions of the past more than the people God sent us to in the present.

Do not miss that point: When we hold to our traditions, we value our cultural expressions of the past more than the people God has sent us to in the present.

This practice is obvious in some of our older, more traditional expressions of the church. But I see the same thing in newer churches, as well.

I’ve worked with a number of boomer churches that are locked into the ‘80s where they thrived or were birthed. You’ve seen these churches.

I was preaching at one such church a few years back. I was 44 at the time. The church, which is one of the largest boomer churches in America, had an average age of 10 or 15 years older than me. Yet they believed themselves to be cutting edge.

They thought they were effectively ministering, but they had fallen in love with the way they did church more than the people in their current context.

When we hold to our traditions, we value our cultural expressions of the past more than the people God has sent us to in the present.

When churches fall into such a trap, it creates a self-affirming value system that upholds their particular methodology and sub-culture. When plans are made within the church, they look back to what is meaningful to them from the past.

For example, when deciding what songs to sing in worship, they return to the songs that have been formative or meaningful and repeat them. This perpetuates the tradition and locks the church into that particular culture and era.

As a general principle churches that are most effective in one paradigm often have the most difficulty moving into a new one. The reason is they “know what works” and refuse to see the need for change.

In the business world, IBM, Xerox, Kodak, and many others learned this principle the hard way. There are myriad companies, once giants in industry, which either disappeared completely or are shells of what they once were because they did not see the need for change.

In similar fashion, many of our churches stand as visible reminders that we’ve valued our sub-cultures more than the people to whom we’ve been sent, and we’ve refused to change.

So, if we are going to continue to communicate the message of the gospel meaningfully, our churches must change as well. If it feels like you are stepping in a time machine to worship with your church, and that’s not because of your (big-T) Tradition, but rather because your trapped in traditionalism, it’s time to change. You’re disconnected from the culture around you, which isn’t in the ‘50’s, ‘70s or the 1700s any longer.

A contextualized church feels like you’re still in the same culture in which it is planted, but the values and the focus are radically different. Churches should be biblically faithful, expressing the unchanging gospel in all we do and representing the character of God’s kingdom.

We must do it in culturally relevant ways; that is, in ways that make sense to the culture around us.

In doing so, however, we reject the sin around us, living counter to the culture. We are to be biblically faithful, culturally relevant, counter-cultural communities that reflect God’s kingdom for His glory among the people around us at all times.

That should be our tradition.

Next time, I will look at the trap of technique.