Nominal religious contexts do not mean the end of the church.
Ed Stetzer 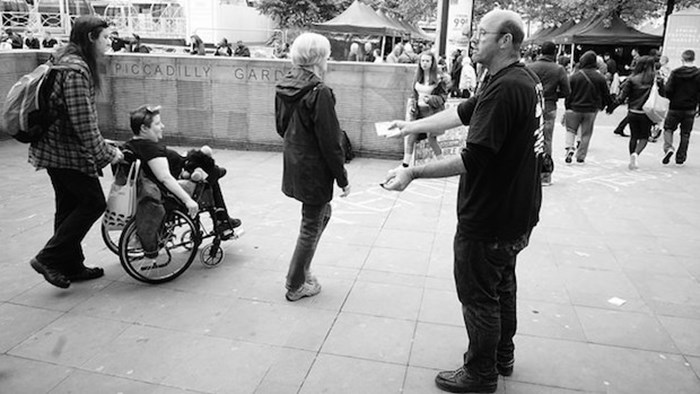 The fastest shrinking category in American religion is still the largest catagory—people who self-identify as Christian, but whose religion is not a central part of their lives. We call these people nominal Christians.

Where I live in Tennessee, nominal Christianity is overwhelming and easy to notice. In the places I’ve lived, like Buffalo or Erie, it’s much less so, but still a large category.

However, this largest category is also the fastest shrinking.

To be blunt: nominalism is dying.

While this may not be good for a culture increasing in secularization, in some ways, it is a good thing for the church. Churches will have more of an opportunity to distinguish themselves from the host culture. Lives empowered by Christ should look different and now they increasingly will.

In spite of the decline of nominalism, there are pockets throughout North American that still have a heavy presence of nominalism. The Bible Belt, pardon the bad metaphor, supports some of these pockets.

Here are some dangers, difficulties, and directives of living in a nominal religious context.

Many American Southerners still possess a religious terminology that expresses they were saved at the age of 8, baptized at the age of 10, and are on the membership roll at the Crooked Creek Pentecostal Church or the Sugar Creek Methodist Church. Many of these individuals based their salvation on being moral, decent, and upstanding citizens, who love their families, their country, and even their God.

Living in such a nominal religious context presents some dangers, difficulties, and directives for believers who are passionately committed to king Jesus.

Dangers of Living in a Nominal Religious Context

There’s the danger of embracing a comfortable Christianity.

One thing about nominal “Christians” is that their faith doesn’t cost them anything. Their faith or belief is like a trinket or badge they wear. It doesn’t prompt them to give up guilty pleasures, to give generously of their time, talents, or treasures to the Lord or His church, or to vulnerably share their faith with someone else.

If not careful, passionate believers can allow such comfort to influence them so that they too become comfortable.

There’s the danger of domesticating the gospel. Lesslie Newbigin was one who landed on this idea when he came home from forty years of faithful mission work in India. Upon his return, he saw that the church, and thus the gospel, had been imprisoned by the cultural milieu. As a result, the gospel had been domesticated, stripped of its transformational glory.

Today, in many nominal contexts, something similar has transpired. The Bible has been turned into a self-help informational book rather than the divinely inspired book written by God for our transformation and His glory. Jesus has been relegated to a Captain America type of savior who came and died to save us from hell rather than a King who came to save us in order to reign in and through us.

Difficulties of Living in a Nominal Religious Context

Beside dangers to sound Christian theology and practice in a nominal religious context, there are difficulties to living in such a context.

There will be an evangelistic difficulty.

In short, they base their salvation on what they do and experience, not what Christ did. Sharing the gospel with people who already think they “have it" will prove to be difficult.

There can be relational difficulty.

When trying to call nominals towards a deeper understanding of Scripture and the gospel, they may become easily offended and agitated. They may feel as though they are being judged or attacked. As a result, relational strain and marginalization occurs. More specifically, friendships can dissolve. People leave or becoming angrier at the church.

In some places there will be revitalization difficulty. In churches where nominals may be present and in positions of leadership, there will be a stronghold of spiritual lethargy, gospel indifference, and missional paralysis. Leading and navigating change and transformation will be slow, methodical, intentional, messy, and possibly even intense.

Directives for Living in a Nominal Religious Context

The situation is not hopeless because there is power in the gospel. These directives, empowered by the gospel of Jesus Christ, will serve as antibodies that will ward off the virus of nominal, or weak, Christianity.

We must be gospel-centered. The gospel should be the sun around which the planets of our lives orbit. Everything we do—personally, emotionally, relationally, maritally, parentally, socially, culturally, vocationally, etc.—should revolve around the good news that Jesus Christ has saved us, redeemed us, and made us a part of His glorious kingdom. Being gospel-centered means that we constantly ask ourselves the following question: Is my life bringing glory to King Jesus?

We must be mission-oriented. We are not only saved from our sin and ourselves, but are saved to and for a mission. Being in Christ means that we are His means of advancing His mission in the world. Thus, we enact a posture towards the world for the glory of God. As a result, we come to live a life on mission—intentionally using how we live, where we go, what we do, and what we say as a means to share and show the good news of Jesus with the world.

We must be church-minded. The church isn’t a place we attend but a people we belong to. When Christ saved us, He made us a part of His family. Christ cares about His family—their transformation into His image as well as their participation in His mission. If Christ cares for His family, we should too. If Jesus is committed to His family—in that He will never leave nor forsake them—we should be too.

Nominalism doesn’t save. It's the equivalent of those in the New Testament who not only wouldn't enter the kingdom of God themselves, but got in the way of others who wanted to enter.

Nominalism can kill. But, Jesus, as Peter reminds us, "has the words of life," and He is the better way.

Join the conversation on Facebook
Tags:
Church | Evangelism
Posted:
May 25, 2016