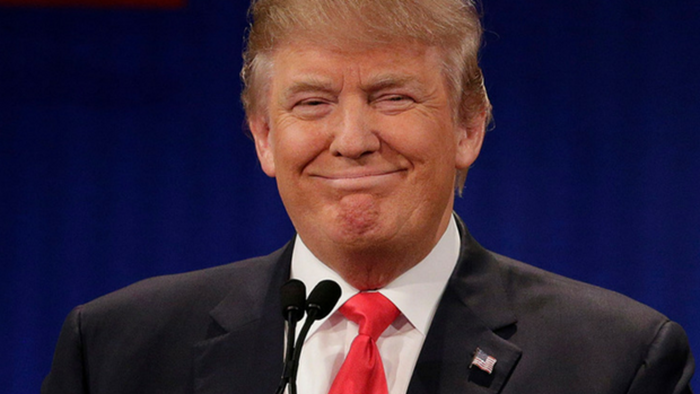 Many Evangelicals didn’t follow the leaders that warned them away from Trump. These Evangelicals, and many Americans, were angry enough to vote for a stunningly unpopular candidate who promised change. It turns out that that basket was a lot bigger than many people expected.

We knew that half of America would be outraged, but the surprise is which half.

We need to remember that Trump voters are not Trump.

Now the world is outraged. And much anger is being directed at Evangelical Trump voters. Yet we need to remember that Trump voters are not Trump.

I (Ed) shared this in an article, “Lord, I Thank Thee That I Am Not like Those Evangelical Trump Supporters,” back during the primaries.

I may not agree with that decision, but I do care about them. In part because, for some Trump supporters, I am their pastor.

So it’s easy to say that Americans voted for Trump because they hate women or minorities, but that’s the lazy analysis, unfair to many. Most don’t. They are not a basket of deplorables. Many are people who are voting because of what they believe, and they’ve elected Donald Trump as America’s next president.

So, as the dust settles, we ask ourselves, what do we do next? Here are five thoughts to consider after this election:

1. Accept the outcome and what it means. The American people have spoken, and they have spoken clearly. One thing we saw tonight is that the ideological chasm between rural and urban America is wider than we ever realized. For a long time, we’ve been saying that the cities are the cultural centers, but we must remember that there are people all over this nation and they have used their voices. Those who had a different view should hear and seek to understand.

Casting our votes doesn’t mean our job is done.

2. Stay in the game. We’ve spent months talking about the things that matter. Don’t cast off issues that came to the surface in this election. Just because we aren’t talking about debate questions or party platforms on Facebook doesn’t mean we stop standing up for the unborn, raising our voices for religious liberty, caring for refugees, pursuing racial reconciliation, and more. It’s easy to go back to our own lives and become self-focused when we don’t have a reason to think about these issues. But they matter. And casting our votes doesn’t mean our job is done. We need to be the hands and feet of Jesus, and share the love of Jesus in an angry moment in our culture.

3. Avoid the temptation of further division. In fact, we should be doing the exact opposite, by working proactively to mend fences and unite. This isn’t the time to point fingers and say “I told you so,” or to assign blame. We need each other more than ever, and the lines that divided us over these last few months cannot be allowed to grow deeper. It is time to heal, and remember that we are called to forgive even the deepest slights. No matter what side of the aisle we were on—or even if we were sitting on the sidelines or in the middle—we all wanted something better for our country these past 18 months. But we seek a different and better place altogether, and we stand united in that.

The Huffington Post has decided to end its unprecedented editor’s note that appeared at the end of every story about Trump, calling him a racist, misogynist, and more. They explained, “[H]e’s now president and we’re going to start with a clean slate… If he governs in a racist, misogynistic way, we reserve the right to add it back on. This would be giving respect to the office of the presidency which Trump and his backers never did.”

If the Huffington Post can speak of a clean slate, should Evangelicals not try the same?

I know that’s not what many want to think or say. But that’s what we seek to do as Americans. And it’s even more appropriate for us as Christians.

President Trump will be president for all of us; just as President Obama was. We need to pray for him to be a good leader.

President Trump will be president for all of us, just as President Obama was. We need to listen to those who voted for him, and pray for him to be a good leader. I’m not forgetting what he has said or done, but I am looking for better moving forward.

We can be prophetic and still seek to pull this divided country together.

4. Don’t give up on character. Now that Donald Trump is President-Elect, we need to demand greater character. Donald Trump’s actions, comments, and attitudes were shocking, and it’s shocking to us that Evangelicals have so drastically changed their views about character. Now, this does not necessarily mean everyone who voted for Donald Trump changed their views about character. But statistically we saw a sharp swing in the willingness to accept and defend behavior that was egregious. I (Ed) recently shared data showing that the people of God, who are called to hold to the highest standard of morals and ethics, now rank as the highest group percentage-wise of those who say that these things don’t necessarily matter.

There are many Evangelicals who voted for Trump, and many Evangelicals who advised him. It’s time to advise him now that immigrants are made in the image of God, women are not tools and toys, racial and religious prejudice must be confronted, and so much more. The answer is not for us to change our views on character, it’s to help a flawed candidate become a President of character.

Evangelicals elected Trump. Now they need to call him to a better way.

I (Ed) don’t regret speaking up for immigrants, against heinous comments about women, and many more. And just as I have done during the Obama administration, I’ll keep speaking for issues that matter to Christians when needed. But President Trump will be a uniquely evangelical creation. As such, Evangelicals will have a unique responsibility—to speak truth to power.

5. Repent and forgive where needed. This election has held up a mirror to our nation, and what we saw wasn’t pretty. It brought out the worst in us, but remember, the worst was already there—out of the mouth the heart speaks. We saw the ugliest versions of our collective self, and if we don’t admit it we will never be better than we were at our lowest point. It’s time for us to repent. We may need to repent of things we have said. We may need to repent of things we have not said. We may need to repent of anxiety that has gripped us because we were worried about temporal things. We will all be tempted to look at each other warily after this, but it’s time for grace. Our ultimate enemy is not Donald Trump, or Hillary Clinton, or each other. Our enemy is Satan and he has been defeated. Nothing can change that.

6. Hope. Is it too much to ask to hope that Donald Trump will be a better president than he has been a person? Perhaps it is, but at this point, that’s what we can hope and pray.

Whether in emails the sender thought would never see the light of day, or tweets heard around the world in the middle of the night, we’ve been exposed to some of America’s basest instincts and darkest thoughts. It’s hard to recover from that. But we must remember that this election isn’t the turning point in our story.

There could be much more to say about President-Elect Trump, and there will be much more in the days to come. However, it’s not all about an election; Christians should never forget the bigger picture.

The turning point in our story never fell on the first Tuesday after the first Monday in November. It fell on a weekend, when the veil was torn in two on Friday and the stone was rolled away on Sunday. No elected official can fix all of our problems and no elected official can undo our hope. Christ made a way so we don’t have to trust in chariots.

What happens now? We wake up tomorrow and live in light of what we know to be true. The mission remains and the end is certain. It’s time to come together and get back to work.

Join the conversation on Facebook
Tags:
None
Posted:
November 8, 2016