No, Evangelical Does Not Mean "White Republican Who Supports Trump"

Labels matter. So do definitions. Evangelicals are best defined by their beliefs.
Ed Stetzer 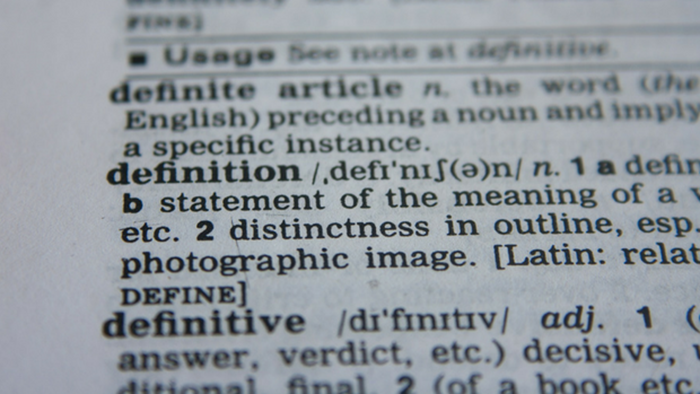 Having worked in church and culture research for over a decade, I can tell you that one of the most-asked questions is about the category of Evangelicals.

It has been this way for a long time, but this election has brought it to the top of everyone’s list.

With 4 of 5 White Evangelicals voting for Donald Trump, everyone on both inside and outside of Christianity is trying to understand just who this group is. And among self-identifying Evangelicals who did not support Donald Trump, many are wondering how they can share the same label. This is the moment when more people than ever are asking: What exactly is an “Evangelical” Christian?

And, Evangelical does not mean “White Republican Who Supports Trump.”

Some have said they don’t want to use the label anymore, embarrassed because of its identification with Donald Trump. But that’s backwards. It’s not the label that supported Trump, it’s people—White Evangelicals, primarily.

But it’s not politics that unite all Evangelicals; it’s the gospel.

Yes, researchers say “Evangelical,” and that’s a demographic category, but usually they mean “White Evangelicals.” But Evangelicals did differ, precisely around racial and ethnic categories, during this election.

I’m not embarrassed by fellow Evangelicals who’ve voted for or against Donald Trump. And you can stop using the term, but you still have the same people, just called something else, in your Evangelical church. However, I do wish the categories were more clear.

Disagreeing on Politics While Agreeing on the Gospel

When we disagree strongly with people who claim the same category that we do, we start to wonder what the identifying term even means. This is why definitions are helpful; they set parameters. In the noise of culture, we must return to the definitions again and again.

This is not a new conversation. I’ve written other articles about this here and here as well. When you have a movement as broad as this one, with so many people calling themselves the same thing, confusion sets in. It is helpful to talk about what Evangelical beliefs really are.

When I was at LifeWay Research, we collaborated for two years with the National Association of Evangelicals (NAE) to answer this question. Our reason for doing this was related to research methodology—if we were going to identify a particular subset, then we needed to be clear about what it meant.

We defined it by theology instead of self-identity or denominational attendance. In other words, we focused on belief rather than behavior and belonging, both of which are valid categories. However, perhaps a belief definition might be of the most help today.

The definition is not a creed or even a complete standard, but it is a research construct—now formally adopted by the NAE—that statistically measures Evangelicals by some rather robust beliefs, including that you strongly agree with the following four statements:

The Bible is the highest authority for what I believe.

It is very important for me personally to encourage non-Christians to trust Jesus Christ as their Savior.

Jesus Christ’s death on the cross is the only sacrifice that could remove the penalty of my sin.

Only those who trust in Jesus Christ alone as their Savior receive God's free gift of eternal salvation.

That’s a robust standard, and when applied, it shows that Evangelicals are diverse in regards to politics.

As I wrote in Christianity Today (with Leith Anderson, President of the NAE):

The desire to survey white evangelicals to determine their political interests inadvertently ends up conveying two ideas that are not true: that “evangelical” means “white” and that evangelicals are primarily defined by their politics.

But voting isn’t the only thing—or the main thing—that most evangelicals do. Politics are important, but politics aren’t our defining characteristic, nor should they be.

“You never hear about black evangelicals,” Anthea Butler, associate professor of religion at the University of Pennsylvania, said last year. “Watch the 2016 election. When they talk about evangelicals again, they won’t go to Bible-believing black evangelicals. They’re going to talk to white people.”

Surveys that focus on white evangelicals shape the way our non-evangelical neighbors see evangelical believers. So they often perceive us primarily as political adversaries or allies, rather than people primarily motivated by beliefs.

As one unsympathetic political activist put it recently to Leith (without knowing he was president of the NAE), “All those evangelicals really scare me.”

But our new definition shows that when we examine them by what they actually believe, American evangelicals are quite diverse.

And, because they are diverse, they disagreed on the election. As I recently wrote:

Simply put, when you hear “evangelicals are voting for Trump,” remember that pollsters mean “white evangelicals” when they say “evangelical.” When looking at people who hold evangelical beliefs, the patterns are quite different.

(You can see more, which I also presented at the Society for the Scientific Study of Religion, here.)

Now, that’s not to say that White Evangelicals, often referred to as just ‘Evangelicals’, did not propel the Trump candidacy. They made Trump’s candidacy and I believe they have a responsibility to remake his presidency.

But Evangelical is not a synonym for Republican.

It’s a definition of people who believe in values like the cross, the gospel, and sharing that news (euangelion) with others. That’s often described by the Bebbington Quadrilateral, which includes biblicism, crucicentrism (focused on the cross), conversionism (the people need to be born again), and activism (works that flow from new life).

I get the temptation to want to narrow what the term means because we feel little connection with others who also use it. But facts are our friends, and labels mean something specific, even if the parameters are broad. We can hold Evangelical beliefs and see some things—like politics—in different ways.

Yes, the vast majority of White Evangelicals decided that Donald Trump was a better choice. Evangelicals of color mostly made a different choice. There are complex reasons for each. It does not help to dismiss them, and I won’t.

But I will remind everyone that being an Evangelical is about the gospel, not about a lever in a voting booth.

Join the conversation on Facebook
Tags:
None
Posted:
November 10, 2016

No, Evangelical Does Not Mean "White Republican Who Supports Trump"

No, Evangelical Does Not Mean "White Republican ...