Is the local church meeting the needs of half the congregation?
Sharon Hodde Miller 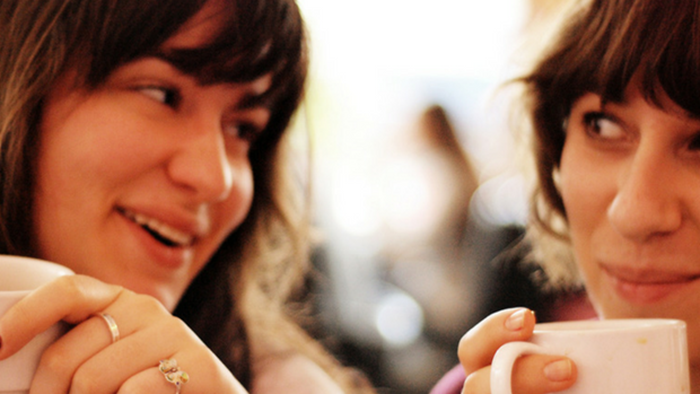 Image: lanuiop
I am pleased to welcome Sharon Hodde Miller back to the blog today. She is an author, pastor's wife, and mom, and her Ph.D. focused on evangelical women and calling. Her first book releases with Baker Books in 2017, and you can read more of her writing at SheWorships.com. 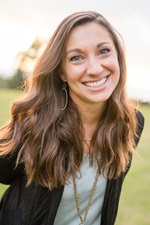 There was a time, in our not too distant past, when women’s ministry was a punchline. For years, women’s ministry was viewed as a second rate ministry, more akin to a social club than a serious effort at discipleship. The label conjured images of women sipping tea and doing crafts, occasionally discussing Jesus, but mostly recipes and self-esteem.

Because of this stereotype, many women have tended to avoid women’s ministry events. In my own years of serving this arm of the church, I can’t tell you how many times I heard, “That’s just not my thing.”

But the wind is shifting, and women’s ministry is not what it used to be. Change at the local level has been slow, but national women’s ministries have become a force of nature. In the last couple of months, journalists have begun to notice the sizeable influence of female leaders at the national level. Jen Wilkin, a women’s minister at The Village Church, zeroed in on this phenomenon with a single tweet: “If you had to ask, ‘Who's Jen Hatmaker?’ it's time to be more directly invested in the spiritual nurture of half your church.”

Wilkin pinpoints a shift that has been taking place in the last five to ten years. While evangelicals debated the role of women in the church, women were finding other ways to use their gifts. They carved out new spaces which honored their respective traditions, while allowing them to pursue their callings. And now, we are waking up to the fruit of this labor. Whatever your opinion about national women’s ministries, their roaring success makes one thing clear: they’re filling a need.

The size and effect of these national ministries begs an important question: will local church leaders also respond to this need?

A couple years ago, I interviewed women at three conservative evangelical seminaries for my doctoral research. I was mostly interested in the journey that led them there, but I also asked about their dreams for the future. Where did they see themselves after graduation? A lot of the women I spoke to were unsure. While they were certain of their gifts and confident in their calling, they didn’t know if they could find a paying job. Most conservative churches have few non-administrative positions for women, and even churches that affirm the value of women’s ministry don’t always affirm it with their budget. Sometimes, women with completed M.Div.’s find themselves in the strange position of getting beat out for jobs by men with less education and experience. As a result, women are forced to get creative, finding alternative routes to use their gifts while supporting themselves financially.

It is my hope that the rise in influence of evangelical women on the national level will testify, in an undeniable way, to the powerful gifts of women. I also hope it will instill church leaders with a greater sense of urgency to steward those gifts. God is gifting women with talents to build up His church, but women are too often left to do this work alone. Women need the church to help cultivate their gifts, provide healthy accountability, and offer financially viable routes to ministry.

So, what can churches do to steward the gifts of women in the church? Last week Lore Ferguson Wilbert offered some excellent ideas that I suggest you check out. In my own research, I discovered a number of practical options, and the first is rather simple: affirm the gifts of women. This can be done in a number of ways, such as citing women authors in your sermons and blog posts, or recommending books by women. There is also power in naming an individual person’s gift. Many of the women I interviewed mentioned a pastor or church leader who merely observed, “I see this gift in you,” and it changed their lives. It’s an easy practice with a significant effect.

Another way to affirm the gifts of women is to include women in leadership development, especially when it comes to mentoring. Both inside and outside the church, women are often excluded from mentoring due to their gender, and concerns of appropriateness. However, some male leaders have responded to this obstacle with creative alternatives to the traditional mentoring model. Ed Stetzer, for example, wrote about mentoring a group of women in his own organization.

Related to mentoring, one of the things I discovered in my research was the power of role models. Many of the women I interviewed could name a role model who captivated their imagination and inspired their calling, but studies show that not any role model will do. Token role models—ones who are not necessarily gifted for the position—have little impact. I think that’s why so many of the women I interviewed, and many of my friends in leadership today, cite Beth Moore as the teacher who changed their lives. Moore is a gifted teacher, and women are not always exposed to that kind of role model at the local level. Only when women clap eyes on a role model who is talented and trained does it empower them to step into their own gifts.

That leads to a final practical step, which is to support your women’s ministry with financial resources. It communicates a lot to emerging female leaders, when they are encouraged to serve in a ministry that the church isn’t invested in. It also discourages the most trained and gifted women from contributing to your church, because they can’t lead in a volunteer position and support themselves financially.

Women’s ministry is not what it used to be. More and more women are getting advanced education, learning Greek and Hebrew, and reading theology, all with the aim of serving their churches for the glory of God. God is raising up a generation of women who are highly equipped and eager to serve, and we are tasting the earliest fruits of the harvest. I can only imagine what an amazing crop of leaders the church would reap, should it sow into all of the soil.

Join the conversation on Facebook
Tags:
None
Posted:
November 28, 2016