Does It Really Matter? How Generational Dynamics Impact Our Evangelism

We need different methods for reaching those over 40 and under 40.
Ed Stetzer 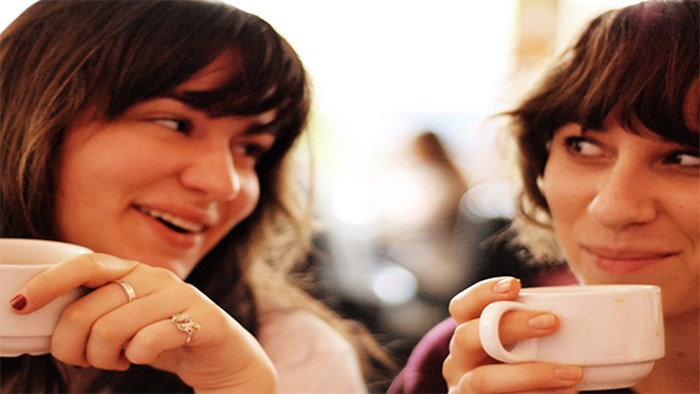 How should generational dynamics affect evangelistic methods? Or we could put it this way: “How is reaching people over the age of 40 different from reaching those under 40?”

This is a tricky issue. We must first recognize that the categories are nuanced. Generally, generations are divided up into many categories such as Builders, Boomers, Generation X, Millennials, and Generation Z. But let’s simplify and just think about the dividing line being above 40 and below 40 years of age. Let me share three points that I believe are helpful.

First, we must understand the whole idea and evolution of tolerance in the American culture. Those over 40 are much more willing to say, “There’s only one way, and if you can convince me that there is that one way, then I might be persuadable.” These folks tend to view Christianity more favorably as a whole as well, creating a bit more openness than those who are below 40.

When you dip below 40, there is a perception that not only is there not one way, but to think there is one way is intolerant and unhelpful. This posture is expressed in a number of ways. In particular, this is where a movement toward pluralism and universalism is rooted.

Those over the age of 40 tend to ask themselves, “Is it right?” while those who fall below that line lean toward the question, “Is it fair?” Fairness has been bent to mean that everyone’s way and truth is valid. Therefore, the exclusivity of the gospel of Jesus Christ is offensive.

Second, there is a distinct difference in how the two groups prefer to be engaged. Reaching folks over 40 is perhaps more effective in a large group setting with a high level of anonymity. This includes things like evangelistic meetings or crusades. Some of you remember evangelistic campaigns. People came to large-group meetings and revivals. These sorts of activities, however, have declined overwhelmingly.

This sort of ‘attractional’ outreach has morphed over time and has turned into what we generally refer to as the ‘seeker movement.’ If you are a Baby Boomer, you were not necessarily invited to a stadium, but you may have been invited to a church with contemporary music, approachable teaching, and a relaxed atmosphere.

But for those under 40, the attractional approach is much less appealing. Instead, these folks prefer relationship. An attractional-type event may play a role in their lives, but it is preceded by a conversation, a connection with a person. We may sum this distinction up as attractional versus incarnational.

Third, the generation before (those over 40) enjoyed a home field advantage. The culture in which they were reared assumed the basic tenets of Christianity. For them, Christianity is real, God is real, and people just need to get right with God.

This is in contrast to those under the age of 40, who are characterized more by a spiritual uncertainty. The milieu in which they have come of age in the United States is more complex, more nuanced. They ask questions like “Who is God?” and “Who is Jesus?”

Those under 40 are actually further away from the gospel than those over 40 because of the vastly different contexts in which they have lived. James Engel devised a scale to help us determine where a person is in relation to making an informed decision about the claims of Christianity. Due to the differing contexts, people in the United States over 40 years of age are generally closer to believing the gospel than those under the age of 40.

That said, when we look at how we are actually doing in sharing the gospel with those under 40, I think it is helpful to look at those in that age demographic who already claim to be born again Christians—How are under 40s doing in sharing their faith? The Barna Group released some research at the end of 2013 on the state of evangelism among born again evangelicals that may be helpful as we consider this issue on a broad scale:

As their report indicated, Millennials are sharing their faith more than any other group:

Not only that, but born again Millennials share their faith more than any other generation today. Nearly two-thirds (65%) have presented the Gospel to another within the past year, in contrast to the national average of about half (52%) of born again Christians.

This is encouraging news indeed, and something that can help form our thoughts, strategies, and methods for reaching those under 40 and over 40 as we look to integrate the passion of under 40s into our plans.

The three factors I mention in this article aren’t the only factors, but they are major. Because of these factors, and others, it’s vital to adjust our approaches and methodologies that are tailored to whatever group it is that you are targeting. Be careful not to dismiss a strategy altogether just because it doesn’t produce fruit with one age demographic. Likewise, be careful not to assume that works with one group is a slam dunk for others.

This article originally appeared in the Nov/Dec 2016 issue of Outreach Magazine.

Join the conversation on Facebook
Tags:
None
Posted:
January 24, 2017

Does It Really Matter? How Generational Dynamics Impact Our Evangelism

Does It Really Matter? How Generational Dynamics ...