Evangelical Views of the 2016 Election: Swimming Against the Stream, An Evangelical Vote for Gary Johnson 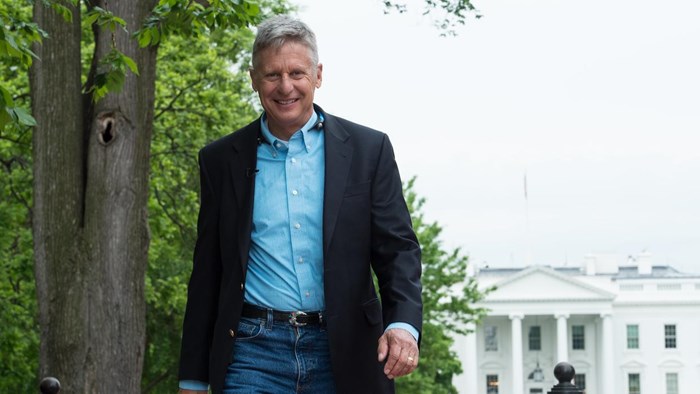 Today we welcome to the conversation Gena McCown, Co-Founder of the Women's Ministry Council and Libertarian. 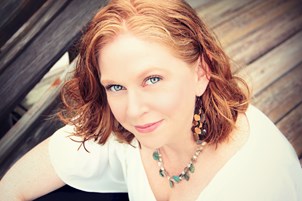 In the history of the United States, when Americans have begun to question or feel as if they are no longer represented by the political parties in place... a third party forms. It is the sign of disenfranchised people who cannot align themselves to one party or another. It is the call of those who see problems in our political system, feel the strain in our social systems, and step forward as agents of change.

When any one of us steps out of the party lines we have grown up with, this is not without criticism and mockery. My family roots itself in generations of party loyalty. When I turned eighteen years old, my uncle asked me if I had registered to vote. When I responded that I had already mailed in my card, his next query was what party affiliation I had chosen. As the words Libertarian slipped past my lips, the look of shock on his face was something I expected. I've voted Libertarian in almost every election since. To understand why an Evangelical would support Gary Johnson, we have to begin with a basic understanding of the draw to the Libertarian Party.

Not only do Libertarians support the Constitution and the rights in which it affords us as citizens of the United States, they do not seek to change the Constitution or bend it to their whim. As a Christian, I have rights. The First Amendment protects those rights. I want to side with a party that will protect my First Amendment right to freely express my religious beliefs and practices.

As a die-hard Dave Ramsey fan, I believe in being fiscally responsible and a good steward with what God has entrusted me. When I review government spending, I find waste. I witness parents working hard to support their family as more taxes are pulled out of their paycheck. As someone who was once a business owner, I've been burdened with navigating a complicated tax system and piles of red tape. The Libertarian party seeks to put more money back in the hands of Americans, which will stimulate the economy. They seek to simplify the tax code, which will encourage business and job creation.

To be entirely honest, this is going to be the category that is going to trip up most Evangelicals considering the Libertarian Party. Socially Liberal has beautiful sentiments like creating an immigration plan that provides work visas and a path to citizenship that is more robust than what we currently offer. These workers will become part of our economic system and give hope for those who have immigrated from struggling nations and oppression. Yet, on the other side of the equation, we will struggle through hot button topics like abortion, gender identity rights, and gay marriage. The Libertarian Party looks to the Constitution to determine if we are obstructing someone's right to freedom in their own life, limiting government interference. Libertarians support freedoms as long as they meet the caveat of “do no harm,” which means my choices cannot harm another person or infringe upon their rights. In the case of abortion, even within our socially liberal party, we don't always agree across the board. There are pro-choice and pro-life politicians within the party. It is important to look at each candidate carefully.

Evangelical Christians who stand in full support of the freedoms and rights that the Constitution affords us view the Libertarian Party as a viable option. This is a party that is not going to force me to give up my rights while protecting another. Their platforms are carefully scrutinized and the party is not known for pandering from election to election to get the votes. Their ideology has been firmly planted since the founding of the party back in the mid-seventies.

When I research a candidate to vote for, I am interested in more than just their pitch on their website or accusations in their mudslinging. I look to their work ethic, political history, family life, etc. Unlike our major party candidates, Gary Johnson and Bill Weld have never been the subject of scandal or accusation of wrong doing. Before us stand a team who have a genuine love of our country, concern for protecting its people, and dedication to the Constitution they serve. They want to help the small business man with simpler tax code and our wounded warriors with vouchers that would extend their care options beyond the VA. Johnson and Weld want to return control to our states, which the federal government usurped, giving the power back to the people. When tragedy struck Orlando, Florida, our major party candidates' first responded with politicking as usual. Gary Johnson responded immediately with words of care and concern for the people and community affected.

While we certainly can't discount Secretary Clinton's political career, or Mr. Trump's business acumen, neither of these candidates have ever held an Executive Office. Gary Johnson and Bill Weld served as two term Governors, yielding years of experience serving in an Executive Office. Additionally impressive is that at the time of holding office, both were Republicans and elected in to Democratic states. Johnson and Weld were both re-elected into their states by a landslide victory. Before holding Executive Office in New Mexico, Gary Johnson was a successful business owner. His running mate, Bill Weld, served in the Department of Justice where he prosecuted corruption cases that included political officials, lobbyists, etc. at local and federal levels.

As Governor, Johnson vetoed wasteful spending 750 times, cut taxes 14 times, and still managed to leave the state with new highways, bridges, schools, hospitals, and a billion dollar surplus... without raising taxes by a penny. His running mate, Weld, cut taxes 21 times and lowered the unemployment rate. They have both balanced budgets, battled corruption, and won. These were not just campaign promises the Governors made to get elected, they were promises that were kept. They are proven and capable.

The Governors support “smaller, efficient, government that treats American people like family instead of livestock.” They would like to see the government “out of your wallet and out of your bedroom.” They would end the overreach of our government into foreign affairs, returning our service men and women (and our dollars) home. Johnson supports the ending of the Department of Education that has burdened schools with “Common Core” educational standards that many evangelicals have criticized. This step would allow the states to determine education plans for their school districts. Teachers could teach students again, instead of teaching to the test. The party also supports term limits to end the pattern of career politicians and create an influx of change and accountability. Gary Johnson would end the “War on Drugs” which we are not winning, and instead treat drug use and addiction as a “Public Health Issue.” This would lessen burden on our judicial and prison systems, and get users and addicts the help they need to overcome abuse.

Johnson and Weld were raised in Christian homes, where they were taught the tenants of our faith and continue to respect those beliefs. On the subject of abortion, both candidates are pro-choice in that they believe that to be a Constitutional right, however would hope their own children would not make that decision. In regards to his pro-choice stance, Johnson is far more conservative than other pro-choice liberals. Many who are pro-choice will agree that that the cut off for an abortion is based on the “viability of the fetus” (the ability for the baby to survive outside of the womb), Johnson goes a step further by including viability by artificial/medical intervention and shortening the window of opportunity. Additionally, Gary Johnson wrote into law New Mexico's only pro-LIFE legislation.

As an Evangelical casting a vote in the 2016 election, for the first time in my lifetime, a third party has a solid chance of being an upset in November. In elections past my political leanings would be scoffed at. This election year there is a different energy in the air, Americans are done picking between the lesser of two evils. Presented with Gary Johnson and Bill Weld as a viable third option, we recognize that we no longer need to make that choice.

If I have to stand before the Lord and account for my voting history, I would stand with confidence in voting Gary Johnson. He may not be perfect, and we may not agree on every platform issue. However, he is a dedicated father, a trustworthy businessman. and honest politician. Johnson has a proven track record that supports freedom. He is a self-made man who has created jobs, seeks to help the poor and care for the alien, and has concern for the welfare of those whom he serves.

As a Libertarian casting a vote in the 2016 election, for the first time in my lifetime, every single third party vote counts towards something greater than who wins this election. Sometimes, we need to be willing to take the risk to usher in change. I'm willing to take that risk. Libertarians are voting for more than just Gary Johnson and Bill Weld, we are voting to take back our country from those who have gotten too comfortable in their positions. We are voting to protect our freedom and our rights.

Every vote sends a message to Washington, D.C. that shouts we are done with the status quo, business as usual, politics. Every vote sets the stage for future elections where a third party is given more opportunity to get skin in the game. Every vote gives hope to Americans who can't continue down the path of voting for candidates they don't believe in. Every vote is a dose of hope and peace in our hearts instead of fear or anxiety. Every vote for a third party challenges the notion that our votes don't matter. Because, every single vote carries great weight in this election and beyond.

Some may call a vote for Gary Johnson as being wasted, I call it an investment.

Join the conversation on Facebook
Tags:
None
Posted:
October 5, 2016

Evangelical Views of the 2016 Election: Swimming Against the Stream, An Evangelical Vote for Gary Johnson

Evangelical Views of the 2016 Election: Swimming ...