For Evangelicals, same-sex marriage is not an "agree to disagree" issue.
Ed Stetzer 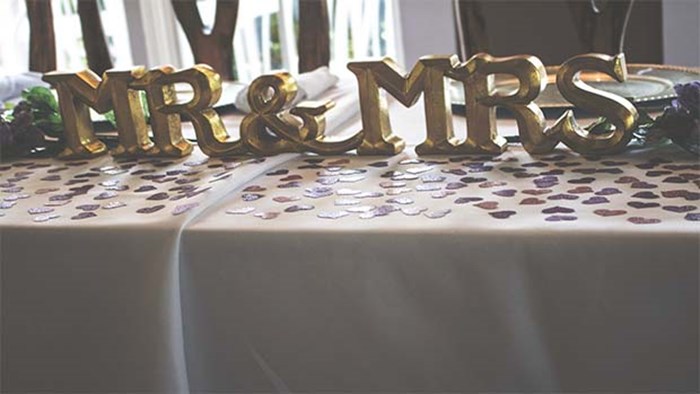 Marriage, as Jesus defines it in Matthew 19—where a man leaves his father and mother and joins with his wife in covenant marriage—is a core evangelical belief.

It might not seem that way these days, when we hear of a few people making news by changing their views on sexuality and marriage, but we are in a season of one evangelical organization after another feeling the need to make clear their position on marriage.

That’s the bigger story than the celebrity of the moment.

Evangelical organizations across the spectrum are making clear where they stand on marriage. For some, particularly conservative Evangelicals, this view was already evident, but perhaps this is most difficult in the progressive wing of Evangelicals.

Organizations like Fuller Seminary, InterVarsity, the Vineyard, and World Vision are all known for their progressive views on gender, race, and social justice.

These organizations were seen as progressive—until recently.

They’ve recently made it clear what they believe on marriage, and some people are disappointed.

I imagine that if you've dedicated your life to making same-sex marriage an issue on which good, Bible-believing Christians can just “agree to disagree,” this must be deeply disappointing. And for many LGBT people who just want to live their lives as they believe God made them, I understand this can be hurtful. I know those emotions are real and deeply felt.

While those feelings are real, it is also the case that this is real: Evangelicals consider biblical marriage a core issue.

Now, Evangelicals are not the only ones to think this, but they are currently in the spotlight on this discussion. For a few years, some wondered if Evangelicals would move on same-sex marriage, or at least not make it the dividing line. For example, when one Vineyard megachurch pastor wrote a book affirming same-sex relationships, the question was, "Will the Vineyard make this an ‘agree to disagree’ issue?”

That pastor is no longer with the Vineyard, explaining he could not “enforce” the policies when the Vineyard said what they always believed—marriage is a core Evangelical belief.

For example, polls also show a large number of self-identified Evangelicals believe the Holy Spirit is a force, not a Person. But this doesn’t mean the personhood of the Holy Spirit is up for grabs, or that there isn’t one official position on this doctrine. It just means a large number of self-identified Evangelicals are out of step with what the Bible teaches and what the Church has always believed.

In what is cast as a controversy almost every time, Evangelical organizations are lining up to say, "No, we are not changing the position we have always held on the core issue of marriage.” When they do, they make the news, but at some point Evangelicals having evangelical views on marriage will cease to be news. But that’s not where we are now.

Many of these affirmations of traditional marriage come because of outside forces, forcing Evangelicals to make clear what was assumed. For example, when a couple of schools in the Coalition of Christian Colleges and Universities changed their personnel policies regarding same-sex marriage, the CCCU simply said publicly what they've already been practicing without a policy—that it is a core issue, and thus a membership requirement, to hold to a scriptural view of marriage.

Ironically, some of the loudest post-Evangelicals (who protest Evangelical organizations making clear where they are on marriage) advocate for marriage to be an "agree to disagree" issue. In doing so, they often cite gender roles and baptismal views as similar categories where evangelicals agree to disagree. However, to be fair, this is a bit disingenuous. If you believe, as many do, that same-sex marriage is a justice issue, you don't want to "agree to disagree" with someone that discrimination is acceptable. You want to persuade him or her. That’s not agreeing to disagree—that’s just the step before we all are to change our views.

In other words, this is a core issue for people advocating for same-sex marriage and the appropriateness of same-sex relationships, not just for those who take the traditional view.

This core issue was always evident in denominations like the Assemblies of God, the Lutheran Church, Missouri Synod, Southern Baptists, etc. It is clear where they have stood on the issue and that they are not going to change. However, some post-Evangelicals hoped they could lay out same-sex marriage as an ‘agree-to-disagree’ issue in Evangelicalism (like baptism or ordination of women) and to do so in, for example, more progressive parachurch ministries and denominations.

marriage is foundational: this is what the Church has believed and taught for 2,000 years

But marriage is foundational, because this is what the Church has believed and taught for 2,000 years. We are living in a time when Evangelical organizations are saying one at a time, "Hey, we always believed this, but it appears now that we have to tell people we believe this." Like Catholics, Mormons, and other religions, Evangelicals are saying (quite clearly) that this is a core belief.

As Richard Stearns, president of World Vision explained in regard to marriage, “Certain beliefs are so core to our Trinitarian faith that we must take a strong stand on those beliefs.”

In a sense, we are witnessing the slow demise of the "welcoming and affirming" advocacy in Evangelicalism, as organization after organization makes clear what they believe. And this is not about conservatives, but across Evangelicalism. For example, Fuller Seminary, InterVarsity, the Vineyard, and World Vision, who all are known for their passion for justice, have all made it clear that marriage is a core issue for them, and not an agree to disagree issue.

Sure, individuals will certainly change their views, but Evangelicalism is making more clear, not less, what it believes about marriage.

It’s Not the Conservatives

It’s important that we not miss that this is an evangelical issue, not a conservative issue.

For example, Matthew Vines has been working hard, seeking to explain that Evangelicalism is debating and shifting on this issue, with just a few “staunchly conservative” groups holding out. He explained:

Evangelicals are starting to change their minds about gay marriage… This new pro-gay movement among evangelicals is still a minority, and staunch conservatives have been pushing back. But bit by bit, the number of American evangelicals who support marriage equality continues to rise.

a traditional view of marriage is not “staunchly conservative,” but is actually “simply Evangelical"

It appears, however, that it’s just a few progressive Evangelicals who have changed their minds, while most parachurch organizations, denominations, and ministries have instead decided that belief in marriage is not “staunchly conservative,” but is actually “simply Evangelical."

Of course, people will claim that this is a “circle the wagons” moment, but these are wagons that do not normally circle together. This is across Evangelicalism, left and right, where Evangelicals have become more clear, not less, saying that biblical marriage is a core Evangelical belief or, as Christianity Today explained, “Breaking News: 2 Billion Christians Believe in Traditional Marriage. And so do we.”

On this issue, each Evangelical group will have their moment when they explore the core of their beliefs. They will say, “We’ve believed this all along.” Blogs, Twitter, and sometimes the mainstream media will erupt.

On this topic, everybody gets a turn, and nobody gets a pass, but the current issues are exposing core issues for Evangelicals, which is what theological controversies do.

And from staunchly conservative groups (and they exist) to groups more progressive, if they are Evangelical, they are feeling it necessary to say where they stand on marriage.

The world is certainly going another way—and Evangelicals are increasingly out of the mainstream—but Evangelicals are making their views more clear, not less so, contrary to some predictions.

We can continue to have an internet eruption every time this issue comes to us, as in the case of World Vision or InterVarsity, or we can find a better way.

Every generation has controversies. That’s part of our journey as Christians. And what the Church does at those times is to say, “Here we stand.” We state what is core when that core is being questioned.

Today, some of the theological issues of our day revolve around sexuality. And, now, the Church is simply stating what it has always believed and practiced related to issues of sexuality. It would be easier to take another path today in our culture, but Evangelicals believe their view of Scripture does not permit them to change their view of marriage.

It seems obvious—if your church held that marriage is between one man and one woman for one lifetime, then you would not employ people who hold a different view from your church. That's just how belief-based organizations work. They hire according to their beliefs.

Yet World Vision and InterVarsity have seen that loud voices wanted this to be an “agree to disagree” issue. But both have expressed what Evangelicals believe—a core Evangelical belief that impacts practice, teaching, and employment.

A better way is to acknowledge that this is what Evangelicals believe and to expect them to live and act accordingly.

I imagine this article will upset some, but the facts remain. It may take ten more eruptions as organization after organization makes its view clear—but it’s not staunch conservatives. It’s just Bible-believing Evangelicals.

To some, that must seem deeply unfortunate—a loss of a hope that Evangelicals would join with Mainline Protestants and change their view. They are not; and that hurts. And I don’t revel in the pain of others for even a moment. But we need to see this for what it is, Evangelicals expressing what is a core belief.

To most Evangelicals, there is no shift—just clear communication that their beliefs remain as they have always been: core orthodoxy.

Evangelicals Across the Spectrum Are Clarifying ...