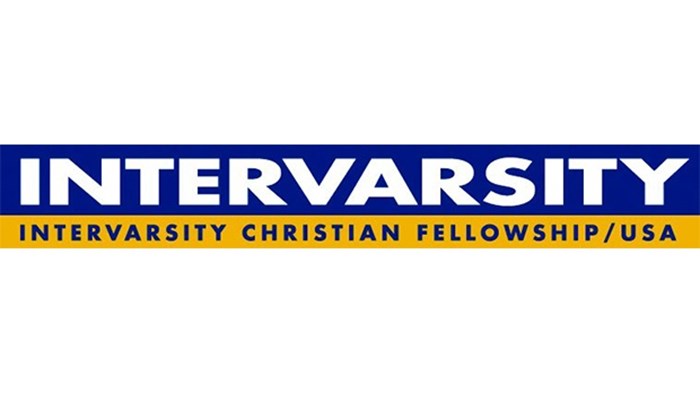 InterVarsity is an Evangelical Christian organization, and people who work at InterVarsity are, not surprisingly, expected to hold evangelical beliefs.

The ministry has made news, according to Christianity Today, as it “Asks Staff to Choose a Stance on Sexuality.”

Or, you could state it as Elizabeth Dias of TIME Magazine did:

One of the largest evangelical organizations on college campuses nationwide has told its 1,300 staff members that will be fired if they personally support gay marriage or otherwise disagree with its newly detailed positions on sexuality starting on Nov. 11.

InterVarsity Christian Fellowship USA says that it will start a process for “involuntary terminations” for any staffer who comes forward to disagree with its positions on human sexuality, which holds that any sexual activity outside of a husband and wife is immoral. [Read More]

In other words, InterVarsity now has the same policy of most evangelical churches.

The Time article buries the most relevant info, which is that this was a four-year process that was telegraphed and communicated to staff. No one was caught flat-footed or surprised. Recognizing that some staff felt this was theologically contested ground, we opened up a time of 18 months for them to research and discern their convictions on this issue, as well as learn about our convictions. The goal was to clarify our position while also providing ample time for those whose convictions differed to seek out better-fitting ministry opportunities.

Parts of this process were hard and painful, but it was not abrupt, or a shock.

So, why is this news? Well, the Internet is abuzz with outrage and now stories are hitting the mainstream media.

But why is it news that Evangelicals think their ministry staff should hold mainstream Evangelical beliefs?

It’s becuase there is a new orthodoxy, and the old one just won’t do for many.

The new orthodoxy says that you have to bend your beliefs to fit it.

But InterVarsity has a different view—the mainsteam evangelical view. And, such views do cost you today.

And, ultimately, every organization with the beliefs of old orthodoxy will face a moment like this.

This might sound similar to the World Vision moment, where President Richard Stearns made it clear that biblical marriage was not a negotiable:

“Certain beliefs are so core to our Trinitarian faith that we must take a strong stand on those beliefs.”

But, are these new policies and beliefs really new?

To say that this is a new idea or belief—or that biblical marriage is just now being included in orthodoxy—is just not honest.

Organizations are creating policies because some are trying to change orthodoxy, not because they are adding to orthodoxy.This is simply what the Church has taught on this issue for two millennia.

When opposing beliefs begin to push against the faith once for all delivered to the saints, the faith needs to make clear and biblical statements to ensure biblical fidelity. Creeds and statements of faith often aim to make things clear, and describe what’s central, in the middle of the muddy cultural milieu.

And, InterVarsityUSA, like just about every evangelical ministry and church, does not intend to employ people who teach contrary to their central beliefs.

And Mormons with Mormon beliefs.

Not surprisingly, beliefs impact employment in organizations that are driven by belief, like InterVarsityUSA (and your church).

Yes, the culture and law has changed. Gay marriage is the law of the land. This places such Evangelical beliefs about marriage on the edge of cutlure, but they are central in Evangelicalism.

And most Evangelicals believe it isn't the historic faith that has changed, it's the (Western) world… and they are quite leery of the shifting sands of culture.

The unity and depth of Christian teaching on marriage may not be news. Neither are the hundreds of thousands of planes that land safely each day. It’s not novel. It’s not surprising or counterintuitive. But it is reality—and a reality that is not going away anytime soon. Any time at all, for that matter, because it is grounded in the deepest realities.

Those outraged on the Internet seem to think this is mean-spirited and even fundamentalist (the dreaded word, today).

Yet, this is what Evangelicals believe and those working for Evangelical organizations are, not surprisingly, expected to align with mainstream evangelical beliefs.

For example, Fuller Seminary, hardly a bastion of fundamentalists, recently wrestled with where it would stand. As Daniel Kirk explained (after changing his view toward affirming same-sex marriage), “Fuller and I have chosen different paths in our pursuit of integrity as we stand in relationship to Christ, scripture, and the church.”

Indeed, many Evangelicals and people who affirm same-sex marriage have chosen “different paths… in relationship to Christ, scripture, and the church.”

It's not only appropriate for IntervarsityUSA to acknowledge their beliefs—and make their beliefs part of their employment policies—it's crucial.

Belief-driven organizations must hire people who share their views on core issues—that’s just common sense and simple fidelity to their central beliefs.

In a series of tweets, InterVarsityUSA responded to the TIME article, explaining:

We have no policy on employee views on civil marriage. We lament that LGBTQI people have experienced great pain, including much caused by Christians.We also know that we ourselves each need Jesus’ grace daily. So we attempt to walk humbly in this conversation.

We do hold to an orthodox view of sexuality and Christian marriage, as you read in our Theology of Sexuality Doc at bottom of article. We believe Christlikeness includes embracing Scripture’s teachings on human sexuality—uncomfortable and difficult as they may be AND Christlikeness demands we uphold the dignity of all people, because we are all made in God’s image.

Some will argue this cannot be done. We believe that we must if we want to be faithful followers of Jesus. Within InterVarsity and elsewhere, some LGBTQI people agree with this theology, at great personal cost. We are learning together.

Join the conversation on Facebook
Tags:
None
Posted:
October 6, 2016