Reclaiming Evangelism: Why Christians Need to Recover Their Passion for Christ 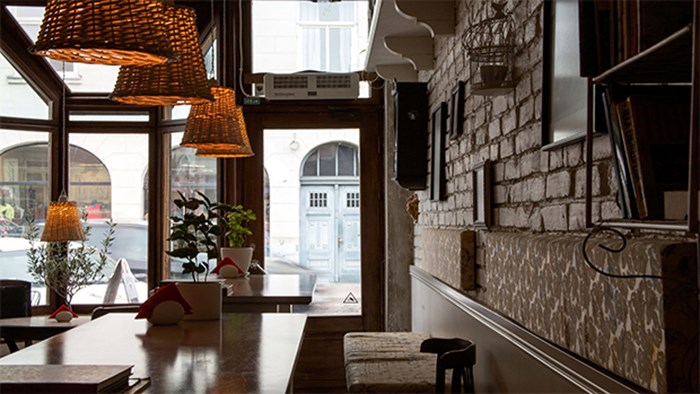 Today I am excited to welcome Dr. Krish Kandiah (Ph.D., Kings College, London) to The Exchange. He is the founding director of Home for Good, a charity seeking to find foster and adoptive homes for children in care, as well as the author of 10 books, including the award-winning "Paradoxology: Why Christianity Was Never Meant to Be Simple" (available through InterVarsity Press next year). He lives in the U.K. with his wife and seven children. 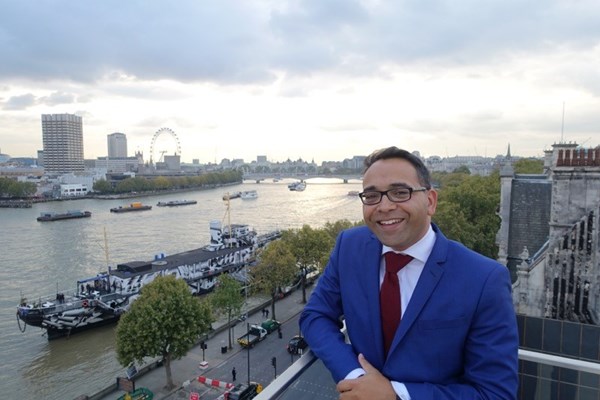 It didn't take him long to get round to trying to convert me. We had agreed to meet for lunch to talk about social media strategy. After the briefest of conversations about our families and what our working day had involved so far, it began. He pulled out the leather bound bundle from his bag and placed it on the table. He started talking about a turning point, a life-changing experience, a new direction.

He opened up the leather case to reveal a gigantic iPad Pro. There was no stopping him after that. He demonstrated how much screen real estate he had so he could look at two documents side by side. He showed me the Apple pencil and how it integrated seamlessly with Evernote, and how the pro subscription was worth every penny. He demonstrated the detachable keyboard, and the battery. His enthusiasm was so infectious I began to regret my previous life decisions. Nothing I had ever owned compared to this amazing ubertablet. Had there been an Alpha course on how to get the thing for free I would have signed up there and then.

What I was witnessing was evangelism. It was Apple that first applied the term evangelist to the selling of technology, first in software and then tech in general. Technology marketing expert Guy Kawasaki writes of how he searched for job openings containing the keyword 'evangelist'. "Amazingly, there were 611 matches – and none were for churches," he says. "It seems that ‘evangelist’ is now a secular, mainstream job title. Indeed, the first eight matches were for evangelist jobs at Microsoft – go figure."

The term 'evangelism' pre-dates the Church. 'Evangel' means good news and someone that brought a message of good news was called an evangelist. So, for example, in the ancient world a messenger informing the world that a new Roman Emperor had been installed was an evangelist. Because the Church repurposed the word 'evangel' to refer specifically to the greatest news ever told – the events of the life, death, resurrection, and ascension of Jesus and the implications for all of us with the possibility of forgiveness from sin, reconciliation with God, and a foretaste of the coming kingdom – the term evangelism was adopted by the Church and became an in-house Christian word. But not any more. Kawasaki's job search goes to prove that Microsoft has made an effective take-over bid.

Thom Rainer has looked more deeply into how this has come to pass, and from the search history of the term 'evangelism' in the U.S., he deduces that "we are steadily losing interest in evangelism over time. If you lose interest in something, you are certainly less likely to do it." Rainer's analysis may not be totally reliable, but it does tie in with what is going on in the U.K. Church when it comes to evangelism.

As I travel around churches in the U.K., I have found that Christians are feeling more and more like a minority, and with this comes a shyness about being open about their faith. Some are sensing a secularist hostility towards Christianity and feel it is safer to keep their faith private. This has not been helped by the media reaction to political candidates who have expressed a faith commitment. When Tim Farron was revealed as party leader he was asked repeatedly about his faith and his views on prayer and human sexuality. The same happened to Theresa May and Angela Leadsom in the Conservative party leadership battle.

I have heard stories of candidates for senior positions in companies being asked about their beliefs and the beliefs of their churches in interviews, having obviously been Googled in advance. The climate has lead to some Christians feeling it is safer to be silent about their faith. Social pressure means it is a lot easier to talk about the volunteering you do to help the homeless, or the fundraising for earthquake victims, than it is to invite someone to come to church or to an Alpha course. Gradually churches have reacted to this by investing more time and energy into social justice projects than into evangelistic ministry. Unless something is done, embarrassment will extinguish evangelism completely.

On the other hand, I still come across some streams of the church that are so committed to evangelism that they contend it is the only true mission of the church. They argue that because everything is going to be destroyed at the end of times - apart from the Bible and the souls of men and women - evangelism is the Church's only worthwhile pursuit.

Some argue that because the Reformation stated that the marks of the true Church are the right preaching of the word and the right administration of the sacraments, evangelism is the only possible missionary activity that fits within the remit of the Church's activities. But in order to protect something important, these arguments make a false dichotomy between speaking about the gospel and demonstrating the gospel. What God has joined together we must think very carefully about trying to tear asunder.

Jesus preached the gospel, but he also healed the sick, fed the hungry, and challenged the unjust. The same Jesus that preached the Sermon on the Mount turned over the tables in the Temple. Unless we edit scripture down to some proof texts that ignore the life and practice of Jesus, we are inexorably directed to a combined ministry of word and deed, of evangelism and justice.

I have been encouraged recently by some entrepreneurial approaches to evangelism. J.John has booked the Emirates stadium for a large evangelistic rally in 2017. Alpha has revamped its course with some fresh and engaging videos: now available online for free. Christianity Explored has similarly been creating new resources to help Christians share our faith. The 'healing on the streets' movement has encouraged believers to be bold in offering prayer for strangers. There are new online projects such as Re:Quest which provides Religious Education teachers with pithy videos on hot topics from the curriculum or The Road which seeks to equip Christians to answer the questions that they are being asked by non-Christian friends and family.

Brilliant though these resources are, I still believe we need a more fundamental shift in the Church on evangelism. What I don't come across often are Christians who are as energetic, enthusiastic, and natural about sharing their faith as my friend was about sharing his new iPad Pro. I think the main challenge is not a lack of resources. It is not even external factors such as a more hostile media, or a naïve but prevalent secular elitism, that are the main limiting factors to our witness. It is an internal issue. At some level we lack comfort and confidence in the gospel. We lack the same sense of knowledge about what we believe and the transformative experience that my friend has had with his Apple products.

As I type this article, I'm still wondering whether it would have been easier on the iPad Pro…

This article originally appeared on www.christiantoday.com.

Join the conversation on Facebook
Tags:
None
Posted:
October 20, 2016

Reclaiming Evangelism: Why Christians Need to Recover Their Passion for Christ

Reclaiming Evangelism: Why Christians Need to ...