How do we rebuild trust with those who have been deeply wounded by the church?
John C. Richards, Jr. 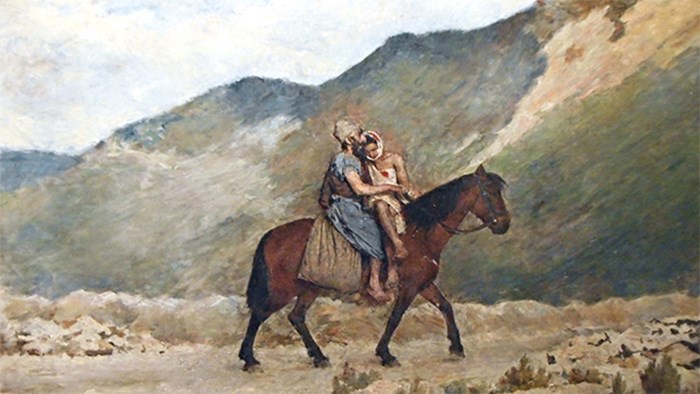 I am glad to welcome John Richards to the blog today. He is the new Managing Director of the Billy Graham Center for Evangelism. A “recovering lawyer,” husband, and father of two small children, he brings both a heart for the gospel and years of leadership experience to his role here. I hope he will be a regular contributor to The Exchange.

Methods of evangelism have changed over the years.

In a culture that is increasingly gospel adverse, I anticipate the ways we evangelize will continue to change to remain effective and faithful to the gospel. As the number of religious nones (i.e., those who have no religious ties) continue to increase, we have started to think through ways to better engage them.

But there remains an often overlooked group of ‘unreached’ people who desperately need the gospel. This group consists of men and women who have experienced deep levels of church hurt.

In recent years, some have pointed out low rates of transfer growth as measurements for effective evangelism. Is that the right approach, though? Is it possible that the absence of at least some transfer growth in evangelical churches points to a deeper issue? Have we ignored a group of men and women whose painful experiences have created barriers to hearing the gospel?

While attending Fuller Seminary, some of the courses I appreciated the most involved pastoral care. Those pastoral care classes, combined with my own experience in pastoral ministry, have taught me one truth: pastors and leaders have to exegete—a fancy theological word meaning to expound or interpret—their people just as much as they have to exegete scripture. And that means dealing with varying levels of church hurt.

Whether a person has had concerns over a church’s poor financial stewardship or experienced spiritually abusive leadership, there’s a cross-section of the dechurched community that suffers not from a lack of faith, but a lack of trust.

How do you rebuild that trust? How do you overcome church hurt as a barrier to evangelism? I think it can be done in three ways. In my opinion, Jesus masterfully demonstrates this in .

From time to time, we hear feel-good news stories of Good Samaritans who help unsuspecting strangers out of precarious situations. This makes the Parable of the Good Samaritan one of the most beloved passages in the Gospels for Christians and non-Christians alike.

But if we focus on the heroism of the Samaritan, we could miss the deep pain of the unnamed man in the parable. He’s stripped and beaten by robbers and left half dead (Luke 10:30). A priest and Levite pass him without second thought (Luke 10:31–32). We aren’t told how much time passes between these two religious figures’ missed encounters with the man, but is it possible their inaction caused deeper wounds than those of the robbers? Is it possible the Jewish religious establishment (read: “church”) hurt him?

An unsuspecting character then enters the story: a hated Samaritan. This was someone Jesus’ audience would least expect. The Samaritan had one thing the priest and Levite didn’t—compassion (Luke 10:32). Deep wounds cause bleeding. When dealing with church hurt, we are called to stop the bleeding first. Otherwise, we lose the opportunity to properly treat spiritual wounds.

Stopping the bleeding requires compassion. Compassion is about listening and assessing. Ask questions like, “Where does it hurt?” Acknowledge their pain. People who have experienced church hurt want to be heard and acknowledged. Christ is perfect, His bride is not. We may know that truth, but we need to give anyone who has experienced church hurt time to process the pain the bride has inflicted. It will go a long way in helping build an authentic relationship.

The Samaritan used his resources to help bandage the man’s wound (Luke 10:34). He happened to have oil and wine for his journey to help. But he also realized his limitations. He took the man to an inn where he could heal properly (Luke 10:34–35).

Church hurt requires a similar bandaging. And, honestly, we might not always have the right resources to help. This might require involving others who are better equipped to deal with the wounds (e.g., professional counseling or books on overcoming spiritual abuse). We don’t need to have all the answers. It’s okay to be spiritual paramedics sometimes, getting people to the right place to treat their wounds.

The Samaritan bandaged the man’s wounds, but he also bound his heart. He placed him on his horse, took care of him for a night, and left enough money with the innkeeper to provide for the wounded man until he got back on his feet (Luke 10:34–35). So it took time to move the man from half dead to alive. But it was likely an experience the man will never forget.

When it comes to church hurt, the tough work of evangelism includes binding the heart. Often, that means binding a heart that’s been shattered into pieces. It means sticking around until a person gets back on his or her feet. Drive-by evangelism won’t do. Spending the time to put those pieces together is an investment we need to make to overcome the church hurt barrier. It might take months or years, but is well worth it to see a person return to Christ.

On the Right Road

As the landscape of evangelism shifts, we have to remember those who have experienced church hurt. And we need a specific methodology to reach them. We can’t take them down the Romans Road to salvation if they aren’t packed and ready to go. And we certainly can’t take them down the Romans Road if they are bloodied and hurting on the road to Jericho.

Those who have experienced church hurt have some baggage that needs attention before taking that Romans Road trip. May we be discerning enough to attend to that baggage and move them toward gospel-centered conversations. And, as methods change, may we always keep the message—the good news of the gospel—the same.

Join the conversation on Facebook
Tags:
None
Posted:
September 23, 2016