Discrimination That Is Necessary For A Civil Society: A Response To David Gushee

Is it possible to embrace appropriate distinctions between social equality and uniformity of beliefs?
George Guthrie 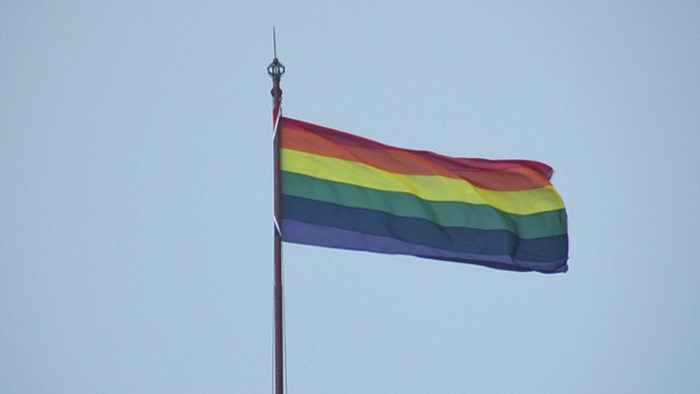 George H. Guthrie joins me on The Exchange today to weigh in on an important discussion. George serves as the Benjamin W. Perry Professor of Bible at Union University and blogs at georgehguthrie.com.

As I mentioned, George is at Union University, which is where David Gushee served before his theological evolution. (They served together for a decade, when David affirmed more traditional views on biblical inerrancy and traditional marriage.)

George wanted to reply to David’s widely-read (and widely-critiqued) column, and am glad to share my space for that purpose. (You can find other responses here and here.) What David has written is important—as is George’s response.

Please read both articles for context.

Recently, in a Religion News Service column entitled, “On LGBT Equality, Middle Ground is Disappearing,” professor David Gushee fired a warning shot over the bow of tens of millions of religious Americans who refuse to adjust their beliefs and get in line with the new social orthodoxy on LGBT affirmation.

Conservative commentator Rod Dreher (“We Have Been Warned,” at The American Conservative) tagged Dr. Gushee’s column as “extraordinarily important” since it states so clearly the nature of that orthodoxy and the length to which some are willing to go to enforce it.

Others responded with alarm to the seeming Orwellian “thought police” tone of Gushee’s piece, to which he rejoined in a follow-up post that he merely was being descriptive, not prescriptive, a spectator rather than a “Crusader” intent on crushing the opposition.

A vital element is missing from this conversation on discrimination and especially from Dr. Gushee’s framing of the situation. The term itself connotes two primary meanings, both of which are significant for the discussion. According to The Concise Oxford Dictionary, the term “discriminate” means to:

1. “recognize a distinction” (perceive or constitute the difference in or between) or

2. “make an unjust distinction in the treatment of different categories of people, especially on the grounds of race, sex, or age.”

Dr. Gushee uses the word discrimination with the second of these two meanings, focusing “on the question of whether LGBT persons should be treated as full equals, without any discrimination in society.”

So far so good. This form of discrimination does not fit civil society. We all should defend the rights of LGBT people as equals under our constitution. The form of discrimination that would make an unjust distinction based on sexual orientation or practice should be rejected. I personally know few who would disagree.

For civil society to exist, to “recognize a distinction” between one belief and another stands as a mandatory foundation stone. In fact, among the shortlist of “responsibilities” to which a person applying for U.S. citizenship must agree is to “respect the rights, beliefs, and opinions of others.”

We may disagree and dialogue about our beliefs on human sexuality, and even organize ourselves around such beliefs (e.g., the American Institute of Bisexuality), but we cannot force our beliefs on others, nor can we set “rights” over against “beliefs” as Dr. Gushee does throughout his column.

The shortlist says we must respect both. We must not work out equality for one part of the society by attempting to coerce or destroy the cherished beliefs of another. Reasonable distinctions must not be smeared or blurred as unjust discrimination.

Yet, Dr. Gushee shifts fluidly and indiscriminately between the language of “social discrimination” against individuals and the “beliefs” about sexuality held by people as a matter of religious conviction. He questions whether “religious institutions should be allowed to continue discriminating due to their doctrinal beliefs.”

Notice the juxtaposition of the words “discriminating” and “beliefs.” He points out that he has attempted to help such unenlightened people “to reconsider their position voluntarily” (i.e., they will be forced to do so involuntarily if necessary).

Chillingly, Gushee states, “Neutrality is not an option. Neither is polite half-acceptance. Nor is avoiding the subject. Hide as you might, the issue will come and find you.” What he means, of course, is that traditional beliefs on sexuality should be banished from the public square.

Thus, Rod Dreher ends his response to Gushee with a scenario of the “thought police” showing up at the door of those stubborn holdouts who refuse to affirm homosexual practice as morally neutral. Both literally and metaphorically, traditionalists are relegated to hiding in the basement. And whether or not Dr. Gushee would personally point the thought police to the basement, as Dreher suggests, he is fighting vigorously to place those who have beliefs on sexuality different from his in that basement below the public square.

As a member of our society, Dr. Gushee of course has the right to his beliefs about human sexuality. I affirm that right wholeheartedly, and, as a citizen I believe we should respect the dignity of everyone in society as equals, regardless of difference. Bullying of those in the LGBT community should not be tolerated.

But this civil posture is not the same thing as agreeing with Dr. Gushee and those who embrace non-traditional forms of sexuality on the nature of morality. Our beliefs are different. They should be able to coexist in the public square, just as when I as a Christian respect and live in social harmony with those who are Muslims, Jews, or Atheists.

Of course Dr. Gushee presents the historic Judeo-Christian beliefs on sexuality as if they are fringe beliefs de facto analogous to racism (notice that he consistently presents those beliefs as not about sexuality but against a group of people).

Yet, as gay Roman Catholic thinker Andrew Sullivan noted in the case of the Little Sisters a few years ago, “There is a deep theological narrative and argument behind Christianity’s and Judaism’s and Islam’s anathematization of homosexuality that cannot be reduced to bigotry.” He goes on to suggest that what does border on bigotry is, “The casual dismissal of sincerely held religious beliefs.”

This is even though tens of millions of people in American society still hold those beliefs, and many function well within Dr. Gushee’s lists of institutions that now grant rights to LGBT people (to work for social equality is not the same as affirming the morality of homosexual sex).

And the vast, vast majority of devout, religious people in the world still hold those beliefs.

And the vast majority of all people historically, whether religious or not, have held those beliefs.

And the vast majority of all of the great Christian and Jewish and Muslim leaders, as well as the great moral thinkers throughout history, have held those beliefs.

As have the vast majority of those who have worked for equal rights around the world over the past two centuries.

Dr. Gushee certainly is correct on the great transformation of American culture in attitudes about homosexuality and the socio-political climate of the day. Nevertheless, the view that traditional views on sexuality are fringe assumes a posture of cultural hegemony that is both historically and inter-culturally unaware.

Ironically, in failing to make a distinction between affirming equal rights socially and the affirmation of a set of beliefs, Dr. Gushee has participated in a reductionistic form of social fundamentalism that says in effect, “Your ‘intolerant’ beliefs in historic religious views on sexuality will not be tolerated.”

I am at least a bit more hopeful than Rod Dreher that we could move forward as a civil society. In some liberal circles, thoughtful people recognize the problem of discrimination against a massive group of people for their sincerely-held beliefs.

Yet, if my hope proves futile, and we as a society are not able to embrace appropriate distinctions between social equality and uniformity of beliefs, I may need to join Dreher in that basement, and it is going to need to be a big one.

Join the conversation on Facebook
Tags:
None
Posted:
September 1, 2016

Discrimination That Is Necessary For A Civil Society: A Response To David Gushee

Discrimination That Is Necessary For A Civil ...