Is something stopping you from starting a new church plant?
Daniel Im 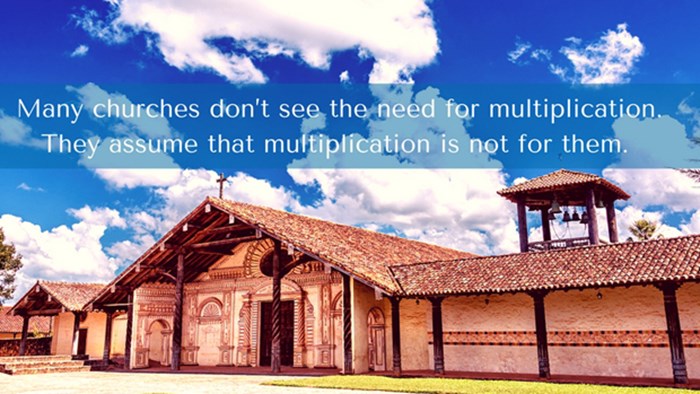 I’m glad to welcome back Daniel Im to The Exchange. This is Part 2 of a two-part post on barriers that prevent a church from multiplying. Last week, we looked at the first four. Today we look at four more.

Also, don’t forget to check out NewChurches.com for videos, podcasts, and tons of resources for church planters.

In the previous article, we addressed the first four barriers to multiplication:

In today’s article, we will address the next four barriers to multiplication.

5. Don’t See the Need for Multiplication

Before churches can multiply, they need to see it first. The problem is, many churches don’t see the need for multiplication. They assume that multiplication is not for them. Their reasoning is predicated on the assumption that other churches will multiply. While they may understand the vision behind multiplication, they just don’t have a personal conviction to multiply.

We believe every church should not only embrace a vision of multiplication, but personally engage in multiplication. Leaders do need to assume that even some of the most committed Christians will not have a pre-existing favorable disposition towards multiplication, and will see multiplication as the church’s responsibility and not theirs. This is why it’s vital to share the vision for multiplication, consistently, clearly,  and in different forms and fashions each time.

We saw this clearly in our research. You can click here to get the State of Church Planting Research Report that this is based upon. Churches who regularly communicated a commitment to multiplication were more likely to multiply within their first five years than those who didn’t.

Until your church sees multiplication  as a personal conviction that they should embrace and enact, you will  be facing an uphill battle. So work on communicating Jesus’ commitment to multiplication to the entire congregation through different means, like vision talks, sermon illustrations, state of the union addresses, print pieces, stories, and video.

And if you’re worried about sounding like a broken record, don’t be. After all, “vision leaks.”

6. Absence of a Change Management Strategy

Your efforts to multiply and plant a daughter church will never launch off the ground without a vision for multiplication. However, unless you have a clear change management strategy, your efforts will always stall mid-way. This change management strategy has to address each level of leadership in your church and every venue for public communication.

For example, you may be publicly communicating your vision for multiplication to the adults during  the worship service, but are the children and youth in your church hearing this same vision? How are the deacons, elders, and leaders of your church contributing to multiplication? What about the special needs ministry, singles, seniors, and staff?

Do not ignore the wisdom of literature out there that addresses the nuances of change management, like John Kotter’s, Leading Change or Thom Rainer’s, Who Moved My Pulpit?

I know what some of you are thinking, providing incentives don’t produce  an obedience of the heart, but it promotes behavioral modification. That may be true to some degree. But the Bible speaks of rewards. For instance, Proverbs 11:18 states, “The wicked man earns an empty wage, but the one who sows righteousness, a true reward.”

Jesus, in the Sermon on the Mount, says, “You are blessed when they insult and persecute you and falsely say every kind of evil against you because of Me. Be glad and rejoice, because your reward is great in heaven. For that is how they persecuted the prophets who were before you.” (Matt. 5:11–12). The writer of Hebrews in the context of the hall of faith expresses, “Now without faith it is impossible to please God, for the one who draws near to Him must believe that He exists and rewards those who seek Him” (Heb. 11:6).

Possibly one of the best passages to highlight the idea of rewards is Luke 19:11–29, where Jesus shared  the parable of the Ten Talents. In the parable, the servants who wisely invested their talents and yielded interest were given more. But the servant who hid his talent, ended up losing it. And Jesus said, “I tell you, that to everyone who has, more will be given; and from the one who does not have, even what he does have will be taken away” (Luke 19:26).

The reality is that God does reward  his people for their obedience. People (including churches) who seek to honor the Lord with their life—their time, talents, and treasures—will experience great reward.

So while we don’t want to modify our churches’ behavior, we do want to intensify their hearts towards obedience to the Lord and His Great Commission by reminding them of the rewards of making disciples and planting churches.

Debbie Downer, according to Wikipedia, is a slang phrase that refers to someone who frequently adds bad news and negative feelings to a gathering, thus bringing down the mood of everyone around them. Many churches, as well as pastors, are infected with Debbie Downers that act as an oppositional force preventing them from experiencing multiplication.

Debbie Downers remind us of the spies who came back from the Promised Land and gave a negative report. Although God promised Israel the land, the Debbie Downers came back and told all the people it would be impossible to overcome the inhabitants and conquer the land. Because of the Debbie Downers, Israel spent 40 years wandering in the desert eating manna.

If you don’t address the Debbie Downers, you may find yourself in a similar predicament as Israel: wandering and missing out on God’s best.

Even the most well intended churches are going to face barriers when it comes to multiplication. After all, the last thing that the enemy would want is for your church to multiply and move towards becoming a Level Five church. Which of these eight barriers are you most concerned about? What would it take for you to overcome them and move your church towards multiplication?

If you want to also learn the characteristics of churches that multiply, and the research that all of this is based upon, go to newchurches.com/register to download the entire book that this article is excerpted from. It’s called Multiplication Today, Movements Tomorrow: Practices, Barriers, and an Ecosystem.