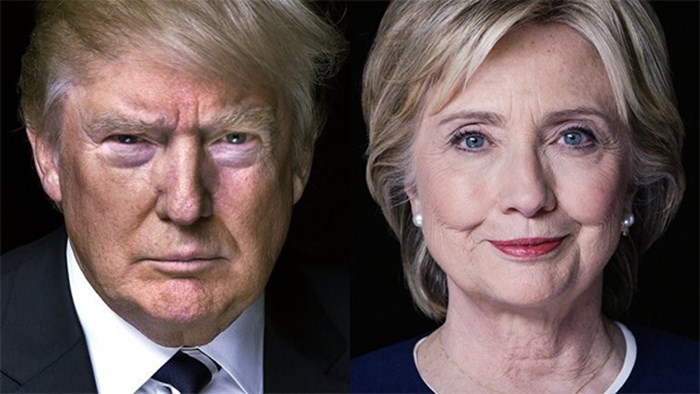 Yesterday we had Dr. Ronnie Floyd, who prioritizes issues over candidates.

Today we welcome to the conversation Dr. Darrell L. Bock, Executive Director of Cultural Engagement and Senior Research Professor of New Testament Studies at Dallas Theological Seminary. He is a past president of the Evangelical Theological Society, a consulting editor for Christianity Today, elder emeritus at Trinity Fellowship Church in Dallas, and serves on the board of Wheaton College. He holds a B.A. from the University of Texas, Th.M. from Dallas Theological Seminary, and Ph.D. from the University of Aberdeen.
He is writing for himself, and not representing any instituion in this article.

The dilemma we face is one we have given ourselves. Our votes created our choices. We have opted for decades to step back from reflection on character, teaching our children the skills and economics of life but not judgment, discernment, and wisdom. A soulless child rearing produces what we face today.

T.S. Eliot spoke of hollow men, people without chests, without souls. So we get what we pay for at the ballot box. We will not get a mulligan on our choice now, but we can prepare to do better next time.

Some will argue that one choice now is a must because of future Supreme Court justices, choices that will last decades in their significance. This is the best argument one side has. It is worth serious consideration, giving me more than one night's pause, especially when the argument comes from friends whose judgment I respect. But further reflection makes me wonder if that argument is good enough.

Consider what comes with the red pill in this current configuration. Most acknowledge he is a candidate who lacks character. He never admits to a wrong, breeds hate, speaks against women, Hispanics, people who are different from him, and advocates violence as a solution to many problems.

Every time I read the Scripture, those are not the values I see my Lord advocating. Christ died to show that God loves those made in his image: "God so loved the world that he gave…" … you know how it goes from here. Jesus met the woman at the well and urged us to invite those to our table who cannot give back to us. God's people are to model such grace. The gospel reaches out to the other and invites them into sacred space, to experience something and someone the world cannot offer, something beyond the world of the vote.

This last point reminds me that good laws with vacant hearts still breed chaos. That is the lesson of the Old Testament and why God announced a New Covenant. It is why mission and evangelism matter more than politics. Good laws with empty chested people take us nowhere. To serve the world the church needs to reflect the gospel that shows real heart.

The damage done to what the gospel represents by what the red pill delivers is destructive, dismissing people on a widespread scale. To hitch our wagon to a horse that protects developing children in the womb but ignores or is hostile to them once they are born is not a Christian position.

That is called hypocrisy. Most can see and smell it from miles away. Add to this a candidate who does not understand our globalized world and the needs of our foreign relations, then we would be opting for potential disaster because of a temperament that only talks retribution. My Savior says we are to turn the other cheek and love our enemy. Jesus spent the entire trip to the cross teaching his disciples the world would push back.

Disciples should be prepared for that, to face it with grace not an eye for an eye. Jesus taught those values so the church could show it is distinct from the way most love. We are called to be different.

The alternative blue pill is no real choice either. There are well known character issues about dishonesty. In addition, not only is there a full frontal assault against protecting a helpless developing person in the choice of a misguided (selfish) liberty that erases a life developing from conception, there is an attack on the family that lies at the base of a stable society. There is a political correctness that nullifies free speech and conscience in the name of imposed values.

There is a belittling of the person who reserves the right to ask all of us if we should think differently than the current societal preference. Public square, honest debates about choices of conscience are burned at the stake to the harm of all of Americans. We need a vibrant discussion on options that just might preserve a better choice AND save lives.

The loss of both/and solutions in our body politic has produced tribalism and gridlock that eats at our country's soul. On that issue, many on both sides, right and left, Christian and non-Christian, are guilty. Not only do we need less my tribe only in our public conversation, we need more morally rooted conversation about all of us with much less invective.

So where does that leave us? I will not proclaim a moral must against a person who weighs this no option choice differently than I. In an election with such alternatives, all options fall short of the bar we ought to have.

I will not challenge the Christian integrity of the person who feels the weight of the dilemma I have just described and makes a different choice from me, because no choice is good. Nor will I disparage the person who opts out of a presidential vote this time around. The person who opts out is not naïve but says my vote is not about merely selecting a candidate. My vote reflects a moral endorsement withheld from all (red or blue) who are not even close to being worthy to receive it.

My faith is a third way.

Its soul does not belong to either party by default.

When it seeks to reflect that faith, my vote may conclude that neither candidate represents the world I hope to see where neighbors love one another. That choice is made while recognizing God holds us all accountable for our choices with a multi-layered standard unlike the world. The choice not to vote for a tornado nor a hurricane reflects a preservation of values about what the church is to be far more important than a four or eight year choice.

It is a conscious act intended to speak in the face of injustice coming at us from all sides. There are no musts in this election when it comes to the candidates we have.

The fault is ours corporately. The only musts that exist are to think through our vote now with a sensitive conscience, trust God, withhold our most stringent friendly fire for choices others make, and do much better next time.

Join the conversation on Facebook
Tags:
None
Posted:
September 30, 2016