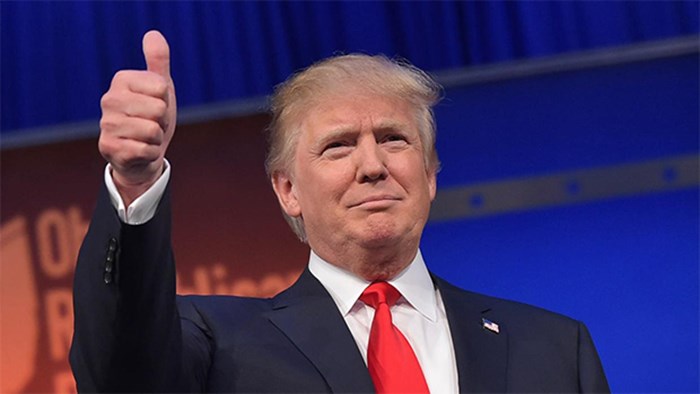 A Prolegomena [Introduction] to Any Future Politics

A More Excellent Way
Actually, we are never really faced with a situation where all the alternatives are evil. One alternative is always the greater good. The doctor who amputates to save the patient’s life is not doing an evil by cutting off his leg. He is doing a greater good. We never have a moral duty to do a moral evil. So our choice in the presidential race is never between two evils, but it is a choice of which one is the better candidate, the greater good. But before we decide this, we must avoid a tempting alternative, “the cop out option.”

Staying Home Does Not Help
Not voting is a cowardly way out. It gives away our God-given responsibility to do our best, even in bad situations. Sitting it out is like the doctor deciding not to amputate to save the patient because he does not want to cut off someone’s leg. If we don’t vote, there will be one less vote for the best candidate who may lose because of our failure to participate in the election. In this case, staying home is a morally bad decision.

Power Corrupts…
Our Founders believed that “power corrupts and absolute power corrupts absolutely.” This is why they built checks and balances into our system. We have a Two Party system, states can recall elections, and citizens can impeach bad candidates. The major check is “We the People.” The candidates have terms to their offices, and we get to vote for who will serve the next term.

Some Reasons to Vote for Trump

Given the foregoing reality, there are several reasons to believe that Donald Trump is a better moral choice.

2. A Vote for National Security
One of the most important things a government can do for its people is to protect our God-given right in “the Pursuit of Happiness.” This is what our National Birth Certificate (The Declaration of Independence) declares. And it is because all lives matter—since “all men are created equal”—that we must protect our constitutional right to bear arms to protect ourselves. This, along with a strong police force and fair court system, protects us and helps guarantee justice for all. This begins with Law and Order because there is no security in an anarchy. Donald Trump promises to be “the Law and Order” candidate who will help strengthen our society and provide freedom and justice for all.

3. A Vote for International Respect
“No man is an Island” applies to our nation as well as to individuals in it. In a shrinking world, isolationism is no longer a realistic option. America is no longer feared by its enemies or even respected by its friends, chief among whom in the Middle East is Israel. Long ago, God promised (Gen. 12:3) to bless those who bless Israel. But recently, we have given support to a nation (Iran) which is dedicated to Israel’s destruction. Trump has pledged to reverse this self-destructive path.

4. A Vote for the Supreme Court
The last word on all our rights is decided by the Supreme Court which is now split down the middle. The next President will tip the scales on the liberal / conservative divide on the High Court. Our next chief executive officer may very well appoint two to four justices who, when elected, will form the court for a generation or more. “We the People” will decide on who the President will be, and he will decide which candidates will be voted on by the Senate. The candidates for President have clearly declared themselves on this issue. Trump is on record in favor of conservative judges, and for this reason I am for Trump.

5. A Vote for Religious Freedom
It is no accident that freedom of religion is protected by the First Amendment to the Constitution. It uniquely opposes having one national religion for all while promoting religion in general. The Northwest Ordinance 1787, Article 3 declares that “Religion, morality, and knowledge” are “necessary for good government.” Recent liberal policies have separated these two things and have transformed “freedom of religion” into “freedom from religion.” Candidate Trump has declared his desire to change this and the other candidate has not.

6. A Vote of National Prosperity
Tied up in the right to pursue “happiness” from The Declaration of Independence and the right to “property” of the Fifth and Fourteenth Amendments is the key to our national prosperity. Some presidential policies promote these goals well and others do not. It seems to me that Trump’s policies on taxation, regulations, balancing the budget, and immigration will promote national prosperity better than his competitors. He is a proven job-creator, and his competitor is not.

7. A Vote against National Corruptions.
Since our Founders believed that “power corrupts and absolute power corrupts absolutely,” limitations must be placed on government. Smaller government, less regulations, and more local and state control of education will aid against the national corruption of our institutions. I believe Trump’s stated policies fulfil our constitutional rights better than Hillary’s liberal agenda.

To be sure there are other issues, but these stand out. Taken together they make a strong case for Trump being the best candidate for President of the United States of America. Therefore, I will be voting for Donald J. Trump!

In the next few days, we will post another endorsement and, in most cases, we will have a follow-up post for answering objections that evangelicals have to each candidate.

Next up is Ronnie Floyd...

Join the conversation on Facebook
Tags:
None
Posted:
September 28, 2016

Evangelical Views of the 2016 Election: Ethics and ...