What Can the Church Learn about Sexual Harassment, Accusations, & Transparency from the Bill O'Reilly Debacle?

Powerful men, with organizations tending to cover things up, are a recipe for disaster.
Ed Stetzer 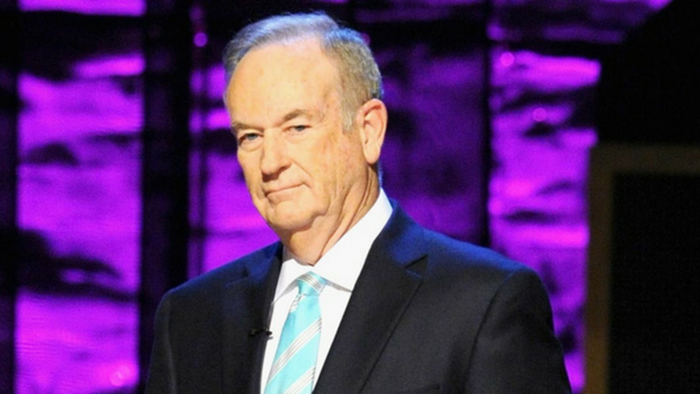 The explosive controversy surrounding Bill O'Reilly has captured the attention of global news networks, and his sudden departure has sparked conversation about harassment, bullying, and organizational response. Wednesday night, I watched Fox News briefly mention O’Reilly at the beginning of his former time slot, and then quickly move to other topics. This was in sharp contrast to almost every other major news network, which ran the story as a main focus of conversation on TV and online outlets.

The attempt to subdue the conversation actually just displayed a palpable disconnect.

There are many lessons Fox News needs to learn from this situation, and certainly O’Reilly has a lot to learn as well.

But I'm wondering something different.

I want to know, what can the Church learn from this debacle?

Here are some thoughts.

First, the way we respond to an accusation teaches people how we value others.

Many leaders have publicly dismissed these accusations against Bill O’Reilly as a smear campaign without knowing the facts. Dismissal like this has almost become a default in some organizations, especially in the case of sexual misconduct.

Yes, I know (and am glad) we live in a society where legally people are presumed innocent until proven guilty. But when leaders respond to allegations of sexual harassment and bullying with automatic defensiveness, doubt, and dismissal, that teaches people who have been hurt how much you value them. To put it bluntly, it teaches them they won’t be believed.

The reality is that all legitimate allegations need to be investigated. Our heart response should be a genuine pursuit and desire for the truth. I'm not here to weigh in on the validity of the accusations, but I do affirm that your response is the message you teach others about how you value them.

When accusations are made, we need to take them seriously. And we need to respond in a way that affirms the value of women in our personal and organizational lives. There is a middle ground between unchecked acceptance of an accusation and unchecked dismissal. It’s called investigation. And in the case of a public situation like this one, when we aren’t the one in the position to investigate, we do have another option. We can simply wait and listen while others do the hard work. We don’t have to join the chorus.

Some are concerned for Bill O’Reilly, and there is no question that we should be. He’s made in the image of God. But, so are those who say they’ve been harassed and threatened. And we should remember that they are not the powerful, and they need our concern.

For those simply dismissing these allegations as a smear campaign, the women in your churches or organizations are getting the message loud and clear—and so are the men, boys, and people outside the church.

Second, large organizations will naturally exhibit tendencies of self-preservation, and we need to fight against that when that preservation victimizes others.

Large organizations that have ’key performers‘ will almost always seek to cover up sexual harassment and bullying. Whether the accusations were valid or not, here is what we do know for a fact: Fox News paid people to keep silent.

I get that this is how it works sometimes—lawsuits are settled without agreeing to guilt, and that’s how business is often done. But paid silence, without honest investigation, is not the kind of things that we should be supporting in the Christian life. If these things happened, we should want it to be clear and we should want appropriate action to be taken.

Like Bill O’Reily, some people identified as "key performers" in popular Evangelical circles are also often protected from accusations and, in doing so, organizations that claim to be committed to the truth hide rather than investigate. Many times, the excuse is, "We can't take this, it would bring down the church," while failing to recognize that unconfronted harassers will damage the church in far greater and broader-reaching ways.

Although no childhood abuse has been mentioned in the Bill O’Reilly case, the impulse to cover up exists in both cases. We certainly know that the Catholic Church has long sought to hide major sex scandals, which were uncovered by the good work of reporters and others. But they aren’t the only ones.

And, we’ve seen that with sexual abuse cases in evangelicalism, where honesty and transparency have been inappropriately sacrificed in the same of organizational protection.

Some are concerned about false accusations, and they do exist.

However, the reality is that the percentage of false accusations is remarkably low, in the single digits in all major studies. That means that when we investigate these claims, the probability is great that we won’t like what we find. But bringing all things into the light and pursuing truth regardless of the perceived consequences protects the integrity of the church, protects the value of organizations that support the church, and affirms the value and dignity of all human beings, regardless of status or position.

Paul says, "Take no part in the unfruitful works of darkness, but instead expose them" (Eph. 5:11 ESV). Any institutional decision that goes against these sacred words of scripture lets the Church and the mission of God down.

Simply put, I’d rather close your church than have it function in such a way that, for example, children are abused. We can make another church. We cannot make another child.

Third, powerful men without accountability tend to move towards bad behavior, and we need to hold ourselves and others accountable.

Human nature is naturally bent towards hiding, shame, and passing off culpability at every pass. If any group of people in the world should know and affirm this, it is Christians. We call it original sin.

And there is no greater temptation towards brokenness than with those in power. Power corrupts, and absolute power corrupts absolutely.

As such, when we think about those in the public eye (including pastors), we must recognize that they are even more susceptible than we are. And no one is too big to fail.

If we have a pastor that is such a ’key man‘ that he cannot be questioned and gets whatever he wants, ultimately the power that is connected with the position will corrupt the man. This is why pastors and church leaders need accountability.

The position doesn't make the man. The hard work of holiness isn't magically brought down from on high once a certain status is achieved; rather, it is rooted in everyday faithfulness and accountability. To get there and stay there, someone needs to speak into the life of these leaders, helping remind them that it is not all about their success or status.

Dismissal shows the world that we don't value others. Cover-ups expose that we value saving organizations over truth and integrity. And a lack of accountability reveals we believe the position makes the man.

True leadership is not being unquestionable or always in control. True leadership means humbly submitting to others, seeking to serve rather than to be served, and voluntarily championing and protecting employees instead of taking advantage of them. If we don’t get this, we are setting ourselves, our organizations, and the people we lead up for a fall.

Let's be committed to responding to accusations with openness and intellectual honesty. Let’s fight against the temptation of self-preservation through deceit. And let’s set our leaders up well by holding them accountable.

The gospel frees us from having to protect ourselves, but it does call us to protect those who are helpless and hurting. We shouldn’t resist that opportunity out of fear. We have no reason to be afraid of the truth because we live in the light. It turns out the ’no spin zone’ we’ve been looking for was there all along. We just have to be bold enough to stand up in it.

Join the conversation on Facebook
Tags:
None
Posted:
April 21, 2017

What Can the Church Learn about Sexual Harassment, Accusations, & Transparency from the Bill O'Reilly Debacle?

What Can the Church Learn about Sexual Harassment, ...