One-on-One with Peyton Jones on "Reaching the Unreached: Becoming Raiders of the Lost Art"

"I think that every believer has this hidden yet reluctant adventurer inside of them."
Ed Stetzer 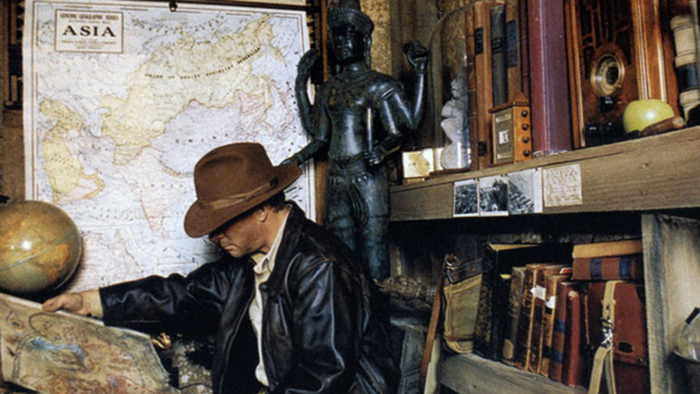 I recently interviewed Peyton Jones about his new book, growing disciples, and seeing the potential in those around us. Peyton is the author of Reaching The Unreached: Becoming Raiders Of The Lost Art (Zondervan 2017), Regional Church Planter Training Catalyst for NAMB (Western U.S. and Canada), and host of the Church Planter Podcast.

Ed: There’s a not-so-subtle allusion to Indiana Jones in the subtitle of your book and in the cover. Can you tell us what you find inspiring about Indiana Jones?

Peyton: Indiana has an unassuming day job. Glasses, bow ties, archeology (before it was cool). Nobody expects that he hides an inner adventurer that’d rather be out in the jungle on some adventure. I think that every believer has this hidden yet reluctant adventurer inside of him or her in the form of the Holy Spirit, who was deposited in us, among other things, for mission. We settle for the classroom, but the adventure is out there.

Peyton: If you’ve been around for a few decades, it’s easy to see that our churches have largely turned to entertainment as a means of keeping people in the pews. But keeping people in the pews was never the point. Weren’t we supposed to be spreading? Proliferating? The problem with entertainment as worship or spiritual sustenance is that it’s like cotton candy. It’s eating, but it’s not providing substance, or nutrition.

Mission does that. Think back to when you’ve ever gone on a short-term mission trip. Isn’t that where your faith came alive? Anyone who’s come back from the field can’t go back to business as usual. I believe that many of our young people have left the Church because they haven’t seen it in action. They’ve seen it in entertainment, and it leaves them empty. Mission will reverse that trend. Young people get Christianity when they see it in action.

Ed: What happens to Christians if they don’t follow God’s call to make disciples? What is the role the Holy Spirit plays in all of this, and how can we experience the power of the Holy Spirit?

Peyton: When believers don’t follow the call to make disciples, their spiritual gifts atrophy. When Paul said, “Stir up the gift of God in you,” it was an admonition to not let the passion die out. Our gifts lie very close to our passions. That’s why when you use your gifts, you feel alive! When you don’t, you feel bored. The thrill of feeling your gifts come alive is really the thrill of the Holy Spirit channeling through you to show the world what Jesus looks like. It’s Him with a ‘you suit’ on. He wears you like the yellow Bruce Lee suit, and you start doing some spiritual kung-fu…and kicking some butt for the kingdom (Can I say that?).

Ed: You write that, “God uses ordinary people” and that, “Rather than waiting for people to emerge as leaders, [you] started producing your own.” Can you tell some stories about what this looks like in ministry?

After the third plant, there was nobody left behind. So I felt like I had to disciple the people in front of me, and none of them were ministry ‘hopefuls’. Nobody would have considered them as ministerial candidates or leader material, but they, and I, would be very wrong. I’ve since changed my view of leadership. I used to believe that people were ‘called’ to leadership, but I’ve since found that more often than not, the people we call leaders are really just people who were discipled well. I now believe that when you really disciple people, leadership emerges as a result.

Ed: In your book, you describe something called “gift-driven ministry.” What does that look like? Do you think there’s a place in the church for spiritual gifts? Have we been underutilizing them?

Peyton: When I plan to reach the unreached, I don’t bear that burden alone. I think, Wait, I’ve got a room full of people strategically gifted by the Holy Spirit for such a neighborhood and time as this. You see, when we talk about outreach, people run the other way. But if we can tap into their spiritual gifts, what makes them tick and brings them joy, evangelism pours out of them naturally.

Ed: Can you give us some examples of getting creative to reach unreached groups of people?

Peyton: I think that it should be things that are natural to you. For example, hospitality is such a big thing in the New Testament because it was natural. It was something that you already did. Right now, the buzz is to invite people over to dinner, but that’s not very creative. We’ve done everything from college student video game tournaments that alternate every other week with a Bible study to Film Critic’s Club or reading groups.

I actually started a church in a Starbucks after hosting a “Dan Brown’s DaVinci Code” book club night. It was only supposed to go one night, but became an ongoing thing with 50 people showing up. This was in Europe where 0.3 percent of the population believes the Bible is the word of God. I believe that if you enter the streams of life that you’d normally be in, and get creative, you’ll find that the gospel touches on every aspect of life.

Join the conversation on Facebook
Tags:
None
Posted:
April 17, 2017

One-on-One with Peyton Jones on "Reaching the Unreached: Becoming Raiders of the Lost Art"

One-on-One with Peyton Jones on "Reaching the ...