Rural Matters: Part of God's Plan to Transform Our Communities and Our World 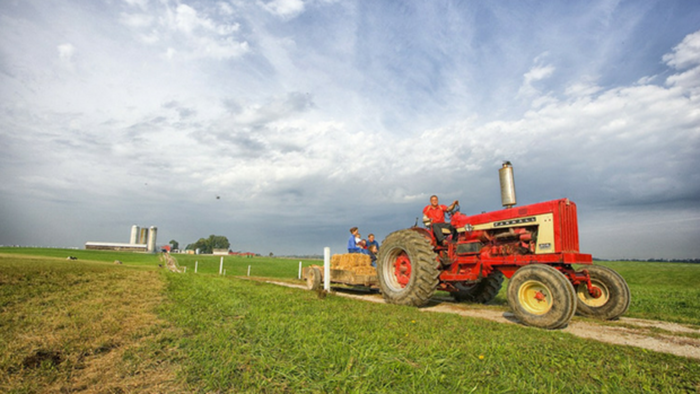 For many, particularly in the news media, Donald Trump has put a focus on rural America—specifically, white rural America. And, for many of us, our stereotypes prevail when we consider ‘rural America.’

Regardless, the fact is that we may be at a kairos moment in rural church North America. Rural churches are at a crossroads. They are facing a generational shift, which, if not navigated well and led by the Spirit, will lead to the dying of many churches.

Many denominations, networks, and pastors of large mission-sending churches today have taken rural America off their radar, choosing instead to focus on urban centers. Don’t misunderstand, it makes sense for denominations and networks to focus on cities, where the per capita population can produce the greater return for our investment of outreach and ministry resources. When we look at the Apostle Paul, he too seemed to have a strategy which centered on larger urban centers.

Yet, we can do more than just urban. However, by all outward appearances, many seemed to have left their strategy books for rural churches on a dusty shelf. But that’s not necessarily the case and, I would advise, should not be the case. The good news is that we can do both (and more). And Paul likely did minister to people in non-urban settings.

I, too, care deeply about the rural churches, and so should you.

According to a PBS article, 46.2 million people (roughly 15% of the U.S. population) reside in rural America. That is 46 million people who have been, or who can be, impacted by the gospel.

In most places of the world, there is a higher proportion of people who are Christian in rural areas than in urban centers. How are we caring for them and equipping them for their mission in today’s world? How are they being discipled and taught to reach those around them?

These are questions I’ve been asking, and questions which are leading us at the Billy Graham Center for Evangelism to launch a “Rural Matters” focus, which will be a resource and networking group for pastors and leaders in rural churches. This past fall, in partnership with the Assemblies of God, One Hope, and several pastors and leaders, a small group of us gathered to talk about challenges and opportunities for churches in rural settings.

It was an incredible time with a small group of leaders. Following that meeting, I became convinced that if we are to support the whole Church, then we need to focus on those in lesser populated areas as well as urban centers. Those in rural settings face similar challenges that we all face, but are also unique in some ways.

The truth is, rural families are dissolving just as urban families are dissolving. Critical problems such as drug addiction, pornography, racial tensions, broken relationships, lack of job opportunities, and more are widespread. And a number of pastors and leaders in rural churches, just like pastors in other unique settings, are not equipped to support their congregations, let alone reach out to those struggling outside the church, and without God.

So let’s focus on the cities. But let’s never do so to the detriment of those in rural areas and suburbs. Rural America, whether white or black or other, is a critical part of God’s plan to see our world reached for Jesus. And if you’d like to learn more about the Rural Churches Institute we are launching and want to be added to our email list, email us at bgce[@]wheaton[.]edu and let us know.

Watch the blog for a new series, called Rural Matters, and pray with us as we move toward intentional strategies to reach and disciple Rural North America.

Join the conversation on Facebook
Tags:
None
Posted:
April 19, 2017

Rural Matters: Part of God's Plan to Transform Our Communities and Our World

Rural Matters: Part of God's Plan to Transform Our ...