When Failure Isn't an Option: How to Press Forward in Sharing Jesus Even When We Stumble

Failure and repentance secure for us a more ample conception of the grace of God.
Christina Walker 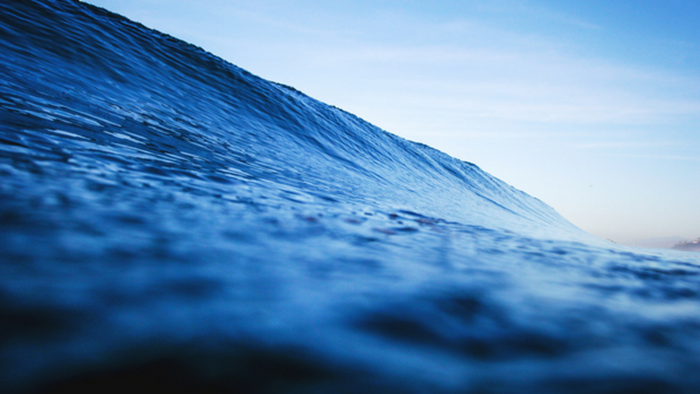 Image: pexels
Christina Walker is Associate Director of Academic Programs at the Billy Graham Center for Evangelism, focusing on the Evangelism and Leadership degree and the Missional Church Movements degree.

When I was in college, one of my InterVarsity leaders introduced me to the book Spiritual Leadership by J. Oswald Sanders. Even though it was published in 1967, the guidance I found in those pages changed my life.

One summer break, when I was back home with my family, I found the same book on my father’s shelf. Like many college kids, I was sure that I knew more than my parents. So you can probably guess how surprised I was to learn that my father and I had both been shaped by the same writer! All these years later I still find direction and wisdom in that dog-eared copy my father passed to me.

Chapter 15 is titled “Searching Tests to Leadership,” which Sanders lists as compromise, ambition, the impossible situation, failure, and jealousy. Recently, I was reflecting on his comments about failure:

If we could see into the inmost hearts of many men whom we think are riding on the crest of the wave, we should experience some great surprises. Alexander Maclaren, the peerless expositor, after delivering a wonderful address to a large gathering, went away overwhelmed with a sense of failure. “I must not speak on such an occasion again,” he exclaimed, while the congregation went away blessed and inspired. Allowance must always be made for the reaction which comes from the rebound of the overstrung bow. Nor can we ignore the subtle attacks of our unsleeping adversary.

The manner in which a leader meets his own failure will have a significant effect on his future ministry. One would have been justified in concluding that Peter’s failure in the judgment hall had forever slammed the door on leadership in Christ’s kingdom. Instead, the depth of his repentance and the reality of his love for Christ reopened the door of opportunity to a yet wider sphere of service. “Where sin abounded, grace did much more abound.”

A study of Bible characters reveals that most of those who made history were men who failed at some point, and some of them drastically, but who refused to continue lying in the dust. Their very failure and repentance secured for them a more ample conception of the grace of God. They learned to know Him as the God of the second chance to His children who had failed Him – and the third chance, too. (1967, 124)

The pressures of ministry often leave us feeling like failures, whether because we actually mess up (and moral failure is all too common these days), or because people are unhappy with us (which again is far too normal in the Church), or because we don’t see any fruit from our labor (or at least not as much as we hoped). This last pressure seems to be especially true in the area of evangelism. Sometimes, we can toil for months, or in some cases years, and not see significant growth. Other times, we are given what seems to be a great opportunity and totally blow it by pushing or arguing, or being at a loss for what to say to a serious challenge to the faith.

I still vividly remember passionately sharing the gospel with a college friend who became so upset that she not only rejected Christ but also told all our classmates what a pushy, judgmental person I was. In retrospect, I probably was pretty judgmental, and I felt like Alexander: “I must not speak on such an occasion again.” In fact, I felt like such a failure that it was a while before I was able to share the gospel with someone else.

Among other things, what eventually changed my attitude toward evangelism was gaining that “more ample conception of the grace of God” as Oswald Sanders says. When I keep in mind how patient God is with me in my spiritual journey, I become more willing to allow someone to wrestle, question, and doubt without feeling like I’m the one who has to answer all their questions and resolve all their issues. I know this is not a revolutionary idea; many other Christians have said as much. But when I’m stuck in the feeling of failure, sometimes it’s hard for me to be patient with myself, never mind this non-Christian in front of me.

Ministry is not easy, and I often find myself needing God’s grace. When I share the gospel, I am inviting that person to join me, to come find that same grace at the foot of the cross. We are not called to evangelize from a place of knowledge or success, but from a place of humility that knows the good news from our daily experience: we need God’s provision and saving, and He graciously provides it. Like Peter, we can say, “I don’t have any silver or gold for you [or solutions or quick fixes or …]. But I’ll give you what I have” – Jesus! (Acts 3:6).

For those of you who have lost heart or felt like a failure in your efforts to witness, let me encourage you to start with remembering the “ample conception of the grace of God.” It’s only from that place of resting in God’s loving salvation that we can truly testify to the good news of the cross and the resurrection.

And if you’d like even more encouragement in your evangelism, join us for Amplify 2017, a national conference on evangelism, that will be held June 27-29. We have created it to be a place of deep reflection and clear guidance for you as you seek to live out your mission of showing and sharing the love of Jesus with others. Register today!

Join the conversation on Facebook
Tags:
None
Posted:
April 28, 2017

When Failure Isn't an Option: How to Press Forward in Sharing Jesus Even When We Stumble

When Failure Isn't an Option: How to Press Forward ...