When Questions Reflect Issues of the Heart: A New Evangelism for a New Day

The questions have changed, but the needs are the same.
Dr. Rick Richardson 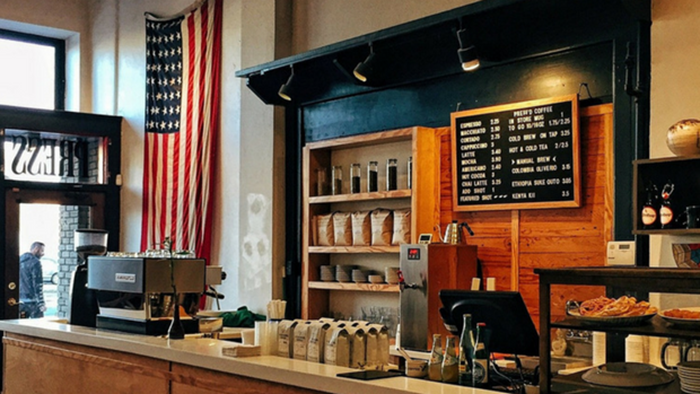 I had visited my local neighborhood Einstein Bagels many times, but I’ll never forget the day I ordered a Chocolate Macadamia Nut coffee with my new friend Sam pacing right behind me. For some time now, I had been intentionally getting to know Sam, one of the employees there. He knew I was a Christian.

That day, as I picked up my Chocolate Macadamia Nut coffee, Sam posed a tough question to me. Raising his voice so that nearly everybody in Einsteins could hear him, Sam loudly asked me, “You aren’t one of those guys that thinks you’re right and everybody else is wrong and that you have the only way to God, are you?”

There was a definite edge in his voice, and silence hung in the air for a moment as I searched for a reply. In a stroke of lucky brilliance, I responded like Jesus often did when people asked him questions. I answered his question with question: “Why do you ask?”

It turns out that Sam had a cousin who attended a conservative church that beat him over the head every week with a Bible and criticism. His cousin often told him he was going to go to hell because he struggled with alcoholism, didn’t believe in God, and didn’t go to church.

As Sam shared his painful experiences, I suddenly realized that he was not actually asking me an intellectual question. He wasn’t really wondering if Jesus was the only way; instead, he was wondering how I would treat him if he didn't agree with me or believe what I believed.

For Sam, and many like him these days, tough questions are trust questions.

Over 40 years ago, Paul Little, the national director of evangelism with Intervarsity in 1970, identified seven questions that every non-Christian asks, including questions about whether God exists or how a good God can allow so much suffering. Little claimed that if we could just get a handle on how to answer those seven questions, we could do well in almost any conversation with people who don't yet know Christ.

Much has changed since then. In my years of attending college and then leading campus ministry between the late 1970s through the mid 2000s, I discovered that the questions non-Christians were asking had begun to change.

I had gotten no help from Paul Little on those questions! But today, they are commonplace, and they deserve carefully thought-out responses.

In our research at the Billy Graham Center for Evangelism of unchurched people across the country, we have discovered that the biggest fear people have when they are considering visiting a church is the fear of being judged, and it is sometimes based off of negative past experiences. Resolving that broken trust often takes preeminence over finding rational solutions to intellectual questions.

At the same time, the old questions are still there. Too often, when Christians encounter the newer questions about sexual ethics, dogmatism, or judgmentalism, people start claiming that the old answers to the questions of the mind and rationality are no longer important. But that is just not true.

When culture shifts, the new doesn’t replace the old. Instead, the new layers on top of the old. This means that the former questions are still being asked by lots of people and we still profoundly need those kinds of thoughtful answers that support the plausibility of our faith.

However, those answers tend to be more important to people when they’re getting close to committing to Christ, or often after they have just committed to Christ, when they need fuel for their faith and a strong, thoughtful foundation. One of the joys of leading the Masters in Evangelism and Leadership at Wheaton College is helping leaders and potential leaders explore the complexities of culture change and how to engage people today with the gospel effectively.

Nevertheless, I knew when Sam asked his heartfelt and fearful question, he didn’t at that moment need a clever intellectual response like, “I didn’t say it. Jesus said it. And because He said it, I believe it! After all, a man who claims he is God is either a liar, lunatic, or he is right! Which do you think Jesus was?”

With that answer, Sam would have turned away and deepened in his distrust of me.

Instead, at that stage, Sam needed acceptance, reassurance, and a response to the question he was actually asking. So I reassured him, “I am not one of those guys that thinks I’m right and everybody else is wrong. I get it wrong a lot, as you well know, Sam.”

Tough questions can be opportunities to build trust with those to whom we are reaching out and sharing our lives and our faith. Let’s find ways to continue the conversation rather than shutting it down, as we share truth with gentleness, respect, and courage. And let’s truly hear the real spiritual questions a new generation is asking.

Dr. Rick Richardson is Director of Academic Programs and the Evangelizing Churches Initiative of the Billy Graham Center for Evangelism at Wheaton College.

Join the conversation on Facebook
Tags:
None
Posted:
April 7, 2017

When Questions Reflect Issues of the Heart: A New Evangelism for a New Day

When Questions Reflect Issues of the Heart: A New ...