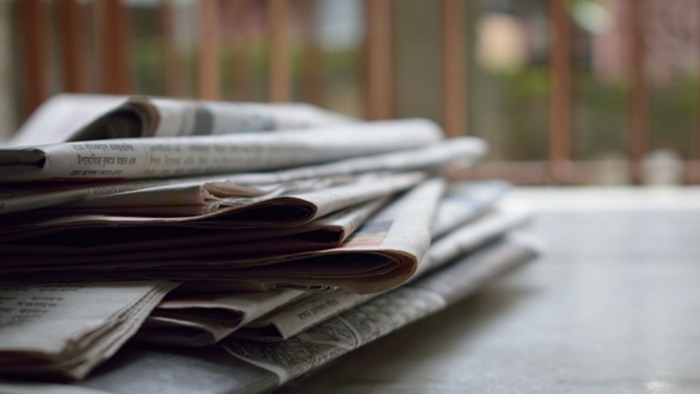 One of the hottest topics in our culture is fake news. I’ve written about it, and others have as well. Obviously, not all news is fake. At the same time, not everything that calls itself news is real news. When one of the leading stories in USA Today is about someone wearing a thong, we are reminded how far the media have fallen. But fake news is not just an industry issue or a cultural issue. It becomes a discipleship issue because we are people of truth in a world that has been dealing with alternative facts since the Garden of Eden.

The growing problem of fake news gives pastors and church leaders a great opportunity to teach and challenge Christians to be more discerning about the stories they consume. What we are talking about is helping people think more critically about the world in which we live.

We need to remember that what we call good news (God became flesh, born of a virgin, lived a sinless life, died, rose from the dead, and is coming back on a white horse to receive His people into eternal life), the world calls fake news. The fact that we are known as “believers” tells us how much our identity is tied up in accepting things others do not. We are banking our eternity on what we believe. But with our faith comes responsibility.

In a rising tide of fake news, what can we do to not become part of the destructive flood that is washing away decency and sensibility in our culture? How can we live out Paul’s exhortation in Philippians 4:8?

Here are some things we all can do:

The Internet is a double-edged sword. Fake stuff is not hard to find. But it’s important to remember that it’s just as easy to find true reports as it is fake reports. So, if you see a claim in an article, check it out. Do not share something you only find in off-beat sources. Check out some mainstream sources. You may not trust mainstream sources, but they are a great way to verify if something is a true story.

If you read, for example, on RightWingPatrioticAntiHillaryNews.info that a pastor was arrested for preaching against same-sex marriage, do not click the SHARE button before checking a mainstream source. If that event happened, it will be on FOX News, CNN, ABC, etc. If you don’t see any of those organizations talking about it, it didn’t happen. We can’t complain about fake news if we become fake news reporters.

Make sure what you share would be recognizable by the people you are talking about.

If a story is so far out that even the subject would scratch their heads at the wild claims, don’t share it. In other words, if something sounds entirely unreasonable, it probably is. And it just isn’t nice to talk about people in ways that are not remotely true.

We are people of Jesus. Jesus said that we should do unto others as we would have them do unto us. I don’t want people saying things about me that have no connection to reality. So I shouldn’t carry such tales about others. During the 2016 presidential campaign, Beth Moore spoke out about the infamous recording of Donald Trump degrading women. Breitbart then ran a story claiming that Moore was supporting Hillary Clinton. Nothing could be farther from the truth. It wasn’t a reasonable claim because no one who knows Moore or Clinton would recognize such a thing. We can respectfully talk about differences without making wild unreasonable claims. If we can’t, we are no better than the sources of fake news.

We already believe and spread an incredible gospel. We don’t need people going around adding ridiculous fake news stories about the political candidate they hate. It just creates another roadblock between the sinner and the Savior. We are supposed to be the people who inform the world that the truth sets us free. How can we successfully offer freedom through truth when we are bound to untrue stories plastered all over our social media page? The information you share reveals your heart. Be careful with that.

Apologize if you are part of the problem.

If you share something and then find out it was a hoax or fake news, apologize for being part of the problem. Don’t justify your gullibility by saying, “Well, it could have been true,” or “Something like it happened.” Own your gullibility. This goes back to the integrity issue. Being people of the Truth means that we clear up what we mess up. Apologizing helps prepare you to be more careful the next time around.

I don’t like saying I was wrong. It is embarrassing. So when I do it, it causes me to steer away from embarrassing situations. Making things right also lets people know that truth matters to you more than sensationalism. It is easy to click a link to an untrue story. It is difficult to say that you were wrong. People appreciate that, and it is good for your witness.

Pastors and leaders can pass this along to their people through their preaching. The Bible says much about lying, truth-telling, gossiping, integrity, discernment, and the appearance of evil. Preach about the value of truth in the life of the believer. These topics can also be dealt with in small groups through more interaction and by fleshing out specific tools. It can even be done on a private level through emails. “Hey, that link you shared… it isn’t helpful, because it isn’t true. You are an influencer. Make it count for the kingdom by posting truth.” It is good to have people in our lives who will send us such an email if needed. Don’t weed accountability out of your life.

How can we avoid getting caught up in fake news?

First, start by using the common sense God gave us.

Second, take it to another level and use the discernment that comes with the Spirit of Truth given to believers.

Finally, ask yourself some accountability questions… Does this story make sense? Is the headline so sensational that it deserves to be on a gossip rag at the grocery store, or is it within the realm of possibility? Does this claim seem reasonable, or does it just appeal to the side of me that wants it to be true to validate my position against the person in the story?

I tend to get my news from several sources. This doesn’t mean they all say the same thing about the stories, or that I believe everything they say. But if a story is true, it will likely show up in several of the mainstream sources I read.

Ultimately, remember that we follow a Man who claimed to be the Truth. He told Pilate that He came to testify to the truth. Pilate then asked, “What is truth?” That is the question of our time. The truth will be clearer if it isn’t hidden among the clickbait in our lives.

Join the conversation on Facebook
Tags:
None
Posted:
August 7, 2017