Silence on matters of hatred and bigotry is antithetical to the gospel.
Ed Stetzer 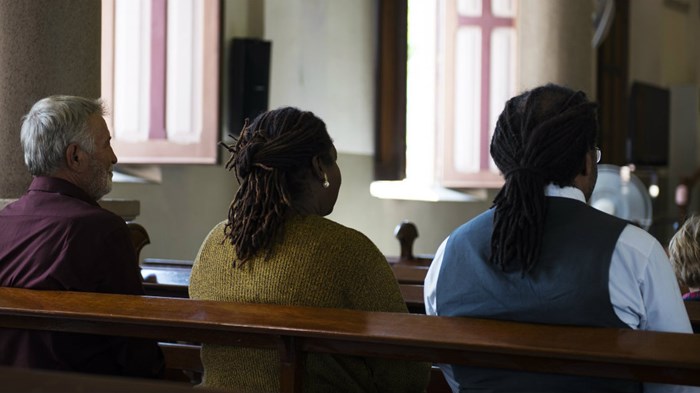 I know I’m not the only one who has been keeping track of what is happening in Charlottesville, VA, and feeling both sadness and anger at the same time. I returned to the United States this morning, to a country that seems to be bursting at the seams with tension, hatred, and division.

As a Christian leader watching all that unfolded surrounding today’s Unite the Right rally, which saw white nationalists, neo-Nazis, Ku Klux Klan members (all making up what we sometimes call the alt-right) call for “taking America back,” my heart is grieving. And seeing the violent turn things took this afternoon, I am crushed.

Now, there are certainly bad people on all sides, but there are not “many sides” to this issue—this was a gathering of the alt-right and, whether you supported now-President Trump or not, there is no question they have been emboldened by his election (as I explain here).

So, as a white evangelical, part of a demographic category who disproportionally supported President Trump, let me start by saying this movement is antithetical to the gospel. It is an abomination to all that we stand for, and it must be condemned on every level of leadership in the Church. There is no room for waffling. We cannot sit in silence hoping this will pass.

As I’ve written before, there can be no question about where a denomination, or Christians in general, stand on this more polished form of racism.

Furthermore, if any evangelicals have influence on President Trump, they should call on him to have the specificity he has shown with numerous individuals, from Mitch McConnell to Mika Brzezinski, and do what he said President Obama would not do with radical Islamists—call out the evildoers.

They are the alt-right, Mr. President. It’s easy to say there are “many sides,” but only one side is claiming to be on your team. They need to hear—clearly—that they are not.

It’s well within the Christian tradition to pray for, and advocate toward, government leaders making the right decision. And our President has an advisory board. So, evangelical advisors, please advise.

And, President Trump, please speak. Join countless other leaders, like Marco Rubio for example, who tweeted, “Nothing patriotic about #Nazis,the #KKK or #WhiteSupremacists It's the direct opposite of what #America seeks to be. #Charlotesville.” And then, "Very important for the nation to hear @potus describe events in #Charlottesville for what they are, a terror attack by #whitesupremacists.” And Rubio is right.

In the meantime, pastors need to be ready to speak to the issue, but being informed and prophetic.

The Rise of the Alt-Right

Bigotry and racism is not new to our country. Thousands have lost their lives as a result of racial tensions. But then such views were pushed to the margins and from public view. Now, however, with a more sophisticated marketing machine and more soothing words, racism has taken on new forms, including in the alt-right.

This alt-right movement has, as of late, been more visible—literally.

For the first time in a long time, the masses of this movement are proudly showing their faces (no hoods this time). And we must be willing to acknowledge that they have been emboldened by the rise of Donald Trump and the values and rhetoric surrounding his 2016 Presidential campaign. Although the President seems to teeter-totter between silence and condemnation, the table has been set. The truth is, it is clear that many in the alt-right movement feel as though a door has been opened for their supremacist worldview, and that “Make America Great Again” was about their warped definition of a great nation.

Now, let me be clear, I do not think that every—or even most, or even “half a basket of deplorables”—of Trump supporters are these kind of people. (I’ve defended Trump supporters against some Evangelical leaders who seemed to think they were.) But these racists are here and emboldened—that’s what they say, not what I say. And they need to be called out.

They need to be called out by the President, yes, but you, pastor and church leader, can also call them out. Use the name. Don’t hold back. And say they have no place in your (or any) church, without repentance.

The Bible is Clear about Bigotry and Hatred

Immediately after Trump’s election, I wrote about what we owe to our friends of color who had felt betrayed and wounded when so many White Evangelicals voted for Trump. In that article, I offered a number of ways we can begin to reconcile. I also wrote that, “Racism is evil and we cannot pretend that it was not a part of the rhetoric in our culture these past several months. It simply must not continue, and we should be among the first to repudiate it.”

Months later, my call remains. And there is a long line of Evangelicals who believe the same thing: our silence on issues of injustice is sin. Years ago, Rev. Billy Graham (who spoke out on racial injustice on many occasions) once said, “The gospel has no meaning unless it helps those who are hurting or in need.” Those are some strong words that need heeding today.

As I’ve been watching Charlottesville, my heart grieves for what this movement stands for. It is the antithesis of who we are called to be, and the plans that God has for us, and for the world.

How Do We Respond?

We must not respond in silence, and we can speak at our churches. It does not mean we have to rewrite our sermons, though we can speak to the moment. And our commitment to love the world that God loves cries out for us to stand together with those who are on the receiving end of hate.

Silence is simply not an option.

So let me share three things that church leaders might do tonight on their knees and tomorrow in their pulpits:

The Bible is clear that we will have sin in this world. There will be wrongs that need righting, and tears that need wiping away. The Bible is also clear that as long as His Church is in this world, His Holy Spirit is on the move. His Spirit must move in places like Charlottesville, reminding all that hate will not win, and that the Church will not stop fighting for good as long as we have breath.

But our nation is again divided, but a pastoral and prophetic word from its pastors— that we condemn racism, that we ask our President to condemn the alt-right in this moment, and that we commit to work for justice—will go a long way.

For us, this is not about politics or free speech. It is about evil and the gospel that defeats it. The time to stand up—and speak up—is now.

Laurie Nichols and Amy Whitfield contributed to this article.

Join the conversation on Facebook
Tags:
None
Posted:
August 12, 2017