On Christians Unable to Critique President Trump: Loyalty and the Rorschach Test

If you are unable to critique a president, you've lost your prophetic witness.
Ed Stetzer 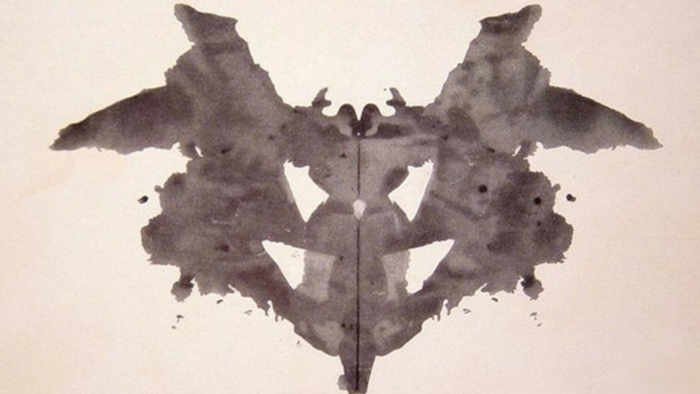 This weekend was an important moment in our nation and, I think, for evangelical Christianity in America. Reflecting and responding to the events following Charlottesville is worth our time and energy.

Many issues are already being discussed, and it’s important that we think deeply on issues of race, but I’d like to ask one additional question: Why are a subset of (often evangelical) Christians unable to see when President Trump has stumbled and feel they must defend everything he does—even after he obviously saw his error and sought to fix it today?

On Saturday, President Trump had what many have reported as the worst day of his presidency.

Some of the most egregious elements of our society were exposed, and the President had an obvious opportunity to explicitly condemn the racism in a way that would have provided much-needed moral and political leadership for our country. Instead, he missed the opportunity by condemning in a generic and unhelpful way, that was received with widespread (almost universal) critique from around the world, including from many Republicans.

I wrote about this on Saturday, with conservative Senators Orrin Hatch and Marco Rubio’s tweets asking the President to say more, those comments being just a few of many from politicians and leaders that took a firm stance against (and named) this racial hatred. The large number of respondents even included some of Trump’s closest evangelical advisors.

Yet the President was then strangely silent. He sent out no tweet that day—only one of four days in his presidency that have gone without tweets.

This is the same president who is quick to call people out, by name, with remarkable and often shocking specificity. Furthermore, this is the same president who ruthlessly criticized former President Obama for failing to call out and name “radical Islamic terrorism.” The lack of communication is obviously a major stumble on the part of President Trump.

That’s just the fact. And it is a fact that even the President knew he needed to remedy today.

But this is, for the sake of this article, old news. The President has sought to make it right and, while I would have liked to see him say more, he ended up breaking the silence and declaring white supremacy “repugnant.”

For this I am thankful.

My point here today is not to discuss the President’s response today (or his lack of it over the weekend). I have already discussed some of this in greater nuance elsewhere. I want to look in another direction and reflect on the ways I saw many Christians respond—ways that concern me.

Now, the President’s stumble was obvious. President Trump saw the need to make it right, and spoke more today. But some Christians seem unable to say that this was a mistake (more on this in a moment), but instead defend the President no matter what. Their responses concerned me, and these problematic responses seem to fall under three categories:

First, some Christians responded with an argument of redirection.

They pointed out there were other people doing bad things in Charlottesville. This is the point President Trump made when he initially said “many sides.” The reality is there was only one group of people in Charlottesville that claimed they were doing the bidding of Donald Trump, therefore this is the group of people he clearly needed to condemn. (I’m thankful he’s since seen this and eventually spoke out, naming them.)

Rather than acknowledge that President Trump made a mistake in his response (and unnecessarily divided the country), some Christians acted like third-grade children by saying “Look, somebody else started it.” This argument denies the validity of the evil that caused the events in Charlottesville, and distracts us from healthily critiquing our President’s actions. This redirection goes against the scriptures, which calls us to “learn to do good; seek justice, correct oppression; bring justice to the fatherless, plead the widow’s cause” (Isaiah 1:17).

Second, some Christians responded with an argument of loyalty.

They pointed out that we should be loyal to the President, which essentially elevates loyalty to the office of the President over loyalty to facts. It assumes that, by critiquing the President acting in his office, we are somehow disloyal to him or the United States. This is anti-democracy and anti-American in the most foundational understanding of the constitution. Not only that, it’s anti-Jesus.

If critiquing an obvious mistake that divides the country along racial lines makes you disloyal to the President, then you need to focus on a higher loyalty, to King Jesus, who calls us to speak truth to power. We have done this with many presidents—both Democrats and Republicans.

Third, and most concerning, is that some Christians responded with an argument of deduction.

Deductive arguments infer a specific reasoning based on general principles. Essentially, it assumes President Trump is correct, and thus his response must be correct. If you have elevated President Trump, or former President Obama, or anyone else to a level that you will not speak out when egregious, divisive errors are made, then you are showing the world your god is not the King of Kings, but a commander-in-chief. Whomever you perceive as perfect you will elevate as a savior and worship as a god. This is 21st century idolatry.

Where is Our Loyalty

This is key, and the point of my article today. These events don’t call people’s loyalty into question, they expose the loyalty they already have in their hearts. And that’s concerning when the Rorschach test exposes where their hope truly lies.

A Rorschach test is simply a blob of ink that is used as a reaction tool to expose deeper subconscious thought. Participants are asked to share what they see in the random ink and the patterns they think they see expose what is going on under the surface. Events like the one in Charlottesville are an evangelical’s Rorschach test for many things, including how they see the President’s response.

What you see and how you respond shows what’s going on in your heart.

Home in No Party

The reality is that Christians are never going to be completely at home in any political party. And let me be clear before being asked, I have frequently critiqued former President Obama as well. His approach to religious liberty, his remarkable embrace of shifting sexual ethics, his views on abortion, and his often anti-faith policies are all issues I've strongly opposed (in writing, in news stories, and on my radio program). And even during the election season, I’ve spoken of the deep problems evangelicals have with Hillary Clinton at CNN, Slate, and in Christianity Today.

And, yes, I think some in the media are unfair to President Trump, I am thankful for his Supreme Court pick, and I have publicly praised cabinet picks. In other words, I’m no Trump hater and I think Hillary Clinton’s election would have had significant negative consequences for evangelical Christians.

But still, and simply put, if you are unable to critique the President, you've lost your prophetic witness, Christian. And that’s a tragedy.

We need to be free to critique any politician, president, or pundit when their actions are divisive, unjust, or unhelpful. Why? Because we are Christians.

I don’t think everyone needs to speak up on everything, but I’m talking about those who defend that which Trump saw that he needed to correct—with him (finally) condemning racism in this instance.

Christians have a prophetic witness, but we can lose that witness when we are unable to see (or speak to) the errors or failings of leaders. And if Christians feel the need to defend even an obvious and divisive mistake (and my Twitter feed is filled with those people), they hurt the church’s witness and tie it too closely to a person, not the truth.

Now, if that’s your job in the White House, I get it. You sometimes have to defend even the errors. But if Christians do the same, it shows the world that our loyalty is to the person in the White House rather than the Person who said He is the Truth.

If you are a Christian, you should be able to speak out against error, injustice, and the depraved strategy of silence. Many did, some said nothing, but some went to the defense of something, ironically, the President two days later felt the need to correct.

If you’re a Christian who acts like President Trump can do no wrong, you’re giving the message that he’s the savior. He’s not. He is fallible, human, and makes mistakes that we, as responsible Christians and members of Christ’s household, should not be afraid to address.

So, rather than defending his error, which he himself felt the need to correct today, search your heart and ask, have I become too connected to a secular leader?

There are many godly Christians, committed to Christ and His work, who voted for and supported President Trump. They had two choices and chose now-President Trump. And I am thankful for some of the choices and policies he has made. But I can, must, and will critique him when his lack of words divides the nation as they did this week.

As I tweeted, if you are a Christian Trump supporter, but cannot critique him when he is wrong, the world is watching and sees your primary loyalty.

Furthermore, if you can’t critique, but must also defend him against those who do critique him for obvious missteps, you might want to search your heart and consider the reason.

Our citizenship is in heaven, and we don’t need a Rorschach test to tell us that the only perfect King is already on the throne. If your response is always one-sided, I’d ask why.

Join the conversation on Facebook
Tags:
None
Posted:
August 14, 2017

On Christians Unable to Critique President Trump: Loyalty and the Rorschach Test