The Great Divide (in the Church) in 2016, and Why It Still Matters

It seems we cast more blame than light.
Ed Stetzer 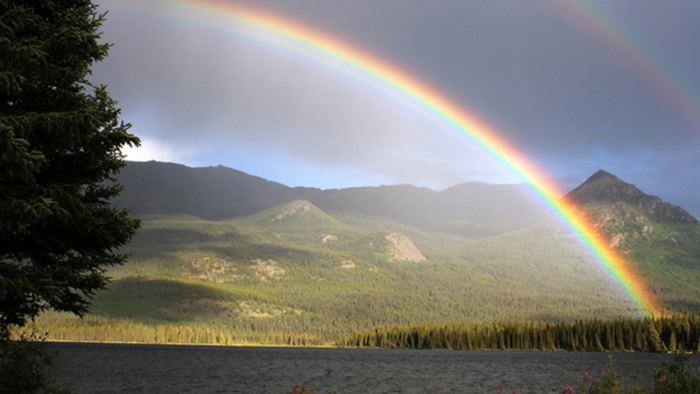 It’s been eleven months since Donald Trump was elected President of the United States. And even as I reflect on the 2016 election now, I still believe it will be remembered for many reasons, including the fact that it was arguably the most divisive election in recent times. There was a record amount of proverbial mud thrown and threats made. Trump came out of nowhere to beat the seasoned former First Lady, Senator, and Secretary of State Hillary Clinton.

To put it another way, the reality TV star beat the career politician. It was as nasty as that characterization sounds, with Trump personally berating every Republican in the race, and Clinton fighting investigations about her careless handling of classified emails.

But the most damage was probably not inflicted in the political or cultural arenas.

When we as Christians in the U.S. look back on the 2016 election, we should take note of the divide it created, or perhaps revealed, in the Church. This, I believe, is a divide that is just as strong today. We’ve made little to no progress over the past eleven months.

The division in the churches of America during and after the election was, in many ways, revealing and worth our notice (and conversation). Based on whom a person was supporting or opposing, relationships were ruined, ministry leaders were edged out of positions, and lines were drawn from pulpits and pews.

The problem is not that Christians had differing opinions. That’s part of being human. The problem is that brothers and sisters in Christ used the opportunity to paint each other as racist, uncompassionate, communist, anti-American, and non-Christian—all based on whom they were voting for or against. It is one thing to differ and debate cultural issues, and even values, but it is another to judge a person’s standing with God based on which candidate he or she supported.

But, for some, who you voted for determined what kind of person you were. And, that’s not fair in an election where there are at least two very flawed candidates.

In many ways, the division basically ran along party lines. I had hoped that our political landscape would become more diverse with extra parties providing more choices and less chance of breaking into two teams, each fixated on the evil of the other.

It seems we cast more blame than light in 2016. And, many people have forgotten that Trump voters are not Trump, and Clinton voters are not Clinton, and thus personally responsible for everything they did or said.

Regretably, it was difficult to take a position on the whole thing without having your Christianity questioned. I personally pray for each president in office. As a social commentator I reflect on whoever is in the Oval Office. I am willing to call them out when I believe they are taking a position that goes against solid human values. I also praise them when they make good decisions. And I do this no matter what party they are in, or whether or not I voted for them.

Yet, I regularly see my faith questioned by people who think telling the truth is betraying their canididate (and, thus, God).

Where Our Values Really Are

Our values as Christians come from a Holy Spirit-led understanding of scripture, not a political platform. Our leader is Christ, not an elected official. Our family is the Church, not a political party. We can easily agree with this while reading a blog, but are we living the principle out in the Church and public spaces? Is our unity found in our political ideology, or in the faith that has been passed down through the centuries? Is our identity found in who we are in Christ, or is it found in how we pulled the lever for last November?

This is important to remember at all times, but especially in the face of other facts that can easily make us forget the truth of who we are and how we are to interact with each other and the world around us.

There have been more than a few divisions in the Church over the last couple of thousand years. In fact, some people only see the Church in light of these divisions. They point to our differences and denominational lines and ridicule us because we can’t seem to get along. In some ways, these division, for better or for worse, have defined us. We are in a spiritual battle. Conflict is to be expected.

A decent amount of the New Testament is dedicated to conflict resolution and dealing with issues that divide. So it isn’t that division must destroy us, but rather that we are to overcome with unity. And unity does not mean uniformity.

The Church is not marked by the fact that we all vote for the same candidate any more than it is by everyone singing hymns or preaching from the King James Bible. Rather, we are marked by unity in the gospel.

If that wasn’t Christ’s litmus test for his own followers, how can we adopt it in our interactions? If we break fellowship over how we participated in the last election, how can we expect the world to believe us when we tell them about eternal truth?

Fixing Our Eyes on Jesus

Every politician will ultimately let you down at some level. Most end up going back on promises. Many lie without batting an eye.

Jesus never changes. He is the same yesterday, today, and forever. Are we willing to burn our faith reputation and relationships over politicians or politics? I hope not.

Now, that does not mean we should not speak on issues of justice. We should— and we can even disagree, as is evidenced by my recent disagreement with fellow Christians around the Kaepernick discussion.

The 2016 election will leave its mark on history. But in the grand scheme of things, it is just another human event. None of the candidates were God in the flesh, lived a sinless life, died an unimaginable death, or rose again to secure eternal life.

And, I am afraid that some are making this temporal election their eternal line in the sand, not their more important identity as Christians.

I will write more on this in the coming days, but the Body of Christ is more important than the body politic.

The Church was founded by the King of Kings, not a president. So how ironic and sad would it be for us to allow someone we elected to influence our unity? The world is watching. We should not seek in a political candidate that which can only be found in Christ. The nation is divided. And so is the Church.

But if we finally lead in the areas of love, unity, and reconciliation as Christ calls us to, then the world will see us and consider the person of Jesus whom we reflect.

More on this in the coming days.

Join the conversation on Facebook
Tags:
None
Posted:
October 25, 2017

The Great Divide (in the Church) in 2016, and Why It Still Matters