One-on-One with Scholar and Researcher Mark Silk on the Future of Religion, Especially Evangelicalism, in America

Evangelicalism is now the normative form of non-Catholic Christianity in America.
Ed Stetzer 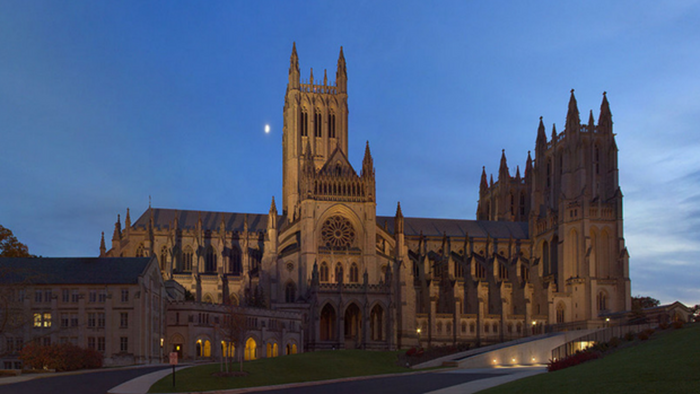 Ed: Let’s start with the obvious question since that’s the title of the book: What is the future of Evangelicalism in America?

We make the claim that Evangelicalism is now the normative form of non-Catholic Christianity in America. The question that immediately arises, however, is, if that’s so, what are the norms? The contributors to our volume have somewhat divergent views of this.

If we look broadly, we’re talking fundamentally about white Evangelicalism, liturgical styles, a certain kind of approach to worship, and to thinking of oneself in the world. Evangelicalism does count as a broad tradition, which is holding its own in American society.

Ed: When you look at the numbers in terms of Evangelicalism, are the numbers going up, down, or remaining flat?

Mark: I like the approach that our sociologists and demographers take, which is to ask people to identify themselves rather than giving people a list of things to choose among. This approach is found in the series that we call the American Religious Identification Survey, or ARIS. One of the interesting things that emerged from that is the substantial shift between 1990 and the last ARIS survey, which was, unfortunately, almost a decade ago. Nonetheless, I think it still holds from the decline of people who identify themselves as Protestant and the great increase in the number who identify as just ‘Christian’ (a term for general Evangelical).

One of the interesting things we discovered is that a lot of people, including Catholics, will say they consider themselves Evangelical or born again, which is the political polling question.

Nobody who writes about this stuff really thinks that Catholics are Evangelicals, but the point is that these are pretty plastic terms. So, I’m pretty comfortable with saying Evangelicals are holding their own. You can see some denominational group bodies growing, particularly at the Pentecostal hard edge. It’s certainly true that nondenominational Evangelicalism and megachurches have experienced considerable growth, but if you dig deep, you discover these churches are actually Southern Baptist, Assemblies of God, or something else.

You know when you’re walking into one of those churches that that’s an Evangelical church, even if the set of criteria that you want to map everything onto doesn’t quite work.

Ed: When the last ARIS study came out for younger people, some of the news outlets spoke about “a third and a third and a third”—religious, secular, and spiritual—among younger adults. Does that hold true and what does it mean for the future?

Mark: That sort of third-third-third rule of thumb has been backed up by other surveys, so it seems right.

Over the past decade, the big story when it comes to religion in America has been the rise of the Nones, of the ‘no religion’ people, or the ‘unaffiliated’ as some insist on calling them. I prefer Nones because it’s people who, when you ask them what their religion is, they say none rather than, “I’m in between churches” or something like that.

This has been an across-the-board phenomenon, and a matter of considerable concern.

But this doesn’t seem to be happening to the same degree as before, and this poses a big challenge.

Ed: So the generational cohort replacement idea—that we will see them become more religious over time as they get older—seems to be breaking down in a lot of traditions. When we take the four big traditions—Catholic, mainline, Evangelical, historic African-American—what does the next generation (and the future) look like?

Mainline Protestants are going to become like the Quakers of the 18th century or so.

I think he may overstate it a bit, but they’re headed toward 10% of the population and particularly for a body that once bestrode American religion like a Colossus, or at least had hegemonic pretensions, that’s a shock to the system. They’re older and have had trouble replacing themselves, and these days their distinctive style of worship, which is the traditional hymnody of the 18th and 19th century and so on, is increasingly a boutique preference for Americans. How people experience worship is very much going to condition what they are.

Catholics always seem to hold their own at around a quarter of the population. The latest numbers from Pew and others suggest that is decreasing. What has kept their numbers up has been immigration. Much of immigration to America over the past 20 or 30 years has been from Catholic countries—Latin American most of all, but also the Philippines and some other places.

Catholics are doing very well, particularly in what we’ve seen is a geographic shift in the center of gravity reflecting the change in the ethnic composition of American Catholicism from the Northeast Irish Catholics and Italians, Germans in the Midwest, to the Southwest with very heavy Latino concentration.

Join the conversation on Facebook
Tags:
None
Posted:
August 16, 2017

One-on-One with Scholar and Researcher Mark Silk on the Future of Religion, Especially Evangelicalism, in America