Some Christians Hate Joel Osteen More Than They Love The Truth. And That's Wrong.

Be silent until there is something to say.
Ed Stetzer 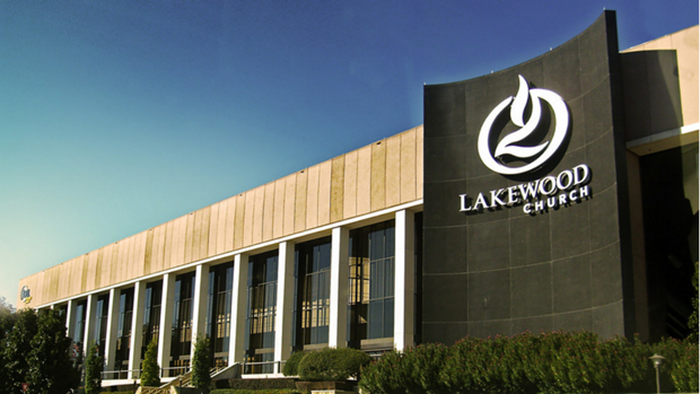 But, seriously, the floodgates of media unleashed against Joel Osteen, based on an unclear church statement and fanned by agenda-driven social media, tells me that we have a cultural problem. The fact that many Christians have joined in shows me it is a Christian problem. It’s wrong in both cases, but disturbing to see some Christians joining in.

It seems some Christians hate Joel Osteen more than they love the truth. I’d expect that from the world, but I hoped for better in the church.

So we are clear, Osteen and I are not on the same page theologically. And I have serious problems with the prosperity gospel. Furthermore, his platitudes and lifestyle have not helped in this moment.

But do we have to join the deluge of hatred toward him for what is a questionable situation—at best?

In other words, I get some people are upset about Osteen’s theology and approach to his work. But why are so many Christians joining in on spreading a false narrative about his actions in Houston?

Apparently, Osteen had canceled church on Sunday and the church indicated (perhaps inarticulately) that the church was impassable. (They did not say it was flooded, though who needs to worry about facts when we hate someone, right?) The church directed their people, and presumably others, to take shelter with friends, family, or at the George Brown Convention Center.

As the waters rose in Houston, social media spread the word that Lakewood Church, housed in a 16,800 seat arena, was turning people away who were seeking shelter.

Nope. They said that is not what happened.

You can see more facts here, here, and here.

Fast forward twelve hours and the facts began to surface that the church itself was flooded in a few sections. And Lakewood responded that only three people came for shelter, and they had all been helped.

So, well, maybe we might see that facts are our friends.

And just because you hate (or just have theological concerns with him) Osteen does not entitle you to your own set of facts.

I’m not saying they did not bungle their first statement. I am saying that a lot of Christians spread false statements. Let’s let the world spread lies as we stand for truth.

Fact-checking sites such as snopes.com give mixed reviews and no clear answer on the amount of flooding at Lakewood. But that’s not the main point.

We may never know just how hard it would have been to organize a relief effort at a facility that has been prone to flooding in the past. Before Lakewood bought the building, it was the Compaq Center where the Houston Rockets played. In past decades, the arena actually had been closed in really bad weather during the Rockets’ glory days. The truth is that many were casting and spreading judgment about a situation that they could not possibly know in its entirety.

The response from many people spreading false information shows their character, not Osteen’s.

The irony for some in this moment is clear: they hate Osteen because they believe he distorts the truth—and then they do the same when they critique him with false information.

You don’t have to appreciate Osteen, but you do need to care about the truth if you are going to post about it.

How should Christians handle this kind of media tidal wave?

It seems that the brother of Jesus had something to say about being quick to listen and slow to speak and slow to get enraged.

Now, if only we could just pull the plug and drain the water out of Houston…. Meanwhile, let’s save our energies for praying and supporting relief efforts.

Join the conversation on Facebook
Tags:
None
Posted:
August 29, 2017

Some Christians Hate Joel Osteen More Than They Love The Truth. And That's Wrong.

Some Christians Hate Joel Osteen More Than They ...