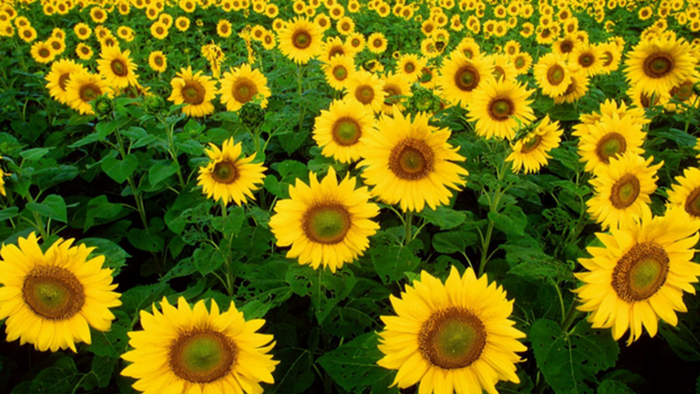 In the last few years, Southern Baptists have made a significant turnaround in their church planting efforts. It’s something I’m excited about and care about, and as such I’ve been reflecting on what has happened and how we need to move forward.

The Landscape 30 Years Ago

When I started my first church in 1988, I was 20 years old and church planting made a dumpster fire look like a walk in Central Park on a cool spring day. I had an undergraduate degree in biology and chemistry, but God called us to plant a church. Ironically, I got turned down by the SBC Home Mission Board to be a church planter. (Later, I was one of the people in charge of turning people down for the North American Mission Board.)

Despite the rejection, my wife Donna and I moved to the inner city of Buffalo, New York, because we knew we had a calling from God. I blew insulation as a contractor and Donna worked as a school teacher in a Christian school. While serving bivocationally, we started our first church in Buffalo.

It was a lonely and challenging time, but also fruitful.

However, church planting back then was a mess—at least in my denomination.

It was less like a mission field and more like a buzz saw, and I saw time and time again friends get deeply cut trying to start new gospel works in the city. For example, eight of us went to plant in Buffalo, which at the time was considered a ‘focus city’ for the SBC. Out of those eight planters, five are out of the ministry, four are out of their marriages and faith, and there is only one church remaining of those that were planted in that class.

At that juncture, Southern Baptists were in the midst of a major struggle that would result in what we call the Conservative Resurgence, and we had a major generational struggle as well. There was little support or understanding of church planting, there were certainly no systems, and, until about 15 years ago, there were prominent Southern Baptists preaching against church planters wearing Hawaiian shirts in the pulpit.

Ten to 15 years ago, young leaders were not sure what the future held for the SBC. Church planters were on the margin. They were not affirmed and really were not even engaged with, and felt a bit alien in their denominational context.

Church planting was not a priority as it had been in the past, and needed to be rediscovered.

Things have ebbed and flowed since then. Systems approaches were adopted (and I wrote my Ph.D. dissertation on them), the denomination reorganized its structure and changed names of entities. Some things went well, and some things went badly, but people kept trying.

I started working for SBC entities in 1998, first at a school and then at the mission board. You could feel the inertia against church planting in the denomination as if you were always pushing uphill.

The Shift in the Last Few Years

Within the past ten years there have been encouraging shifts.

On the national level, a resurgence of church-planting focus started with the North American Mission Board (following yet another reorganization). However, with the adoption of this mini-reorganization (called the Great Commission Resurgence), the mission board was told that they had to prioritize church planting.

Before that, we had tried to keep pushing forward, and made good progress (with good people) at times, but the inertia was too great, the anti-contemporary forces too strong, and the denominational dysfunction too great. But, when I was at NAMB, we didn’t make the progress we hoped.

Many people who wanted the best training would go to other places. The work was initially more about awareness than in really advancing the ball down the field.

But, with new leadership, Kevin Ezell simply continued on one path for a long time—the church planting path. He was not without stumbles, but he set the organization on a path that said they would focus on planting and be the best at it. The national decisions began to influence state conventions to raise their game. Everyone began to lift their levels of excellence and to be more intentional towards church planting.

But the culture was also changing. Those prominent anti-contemporary and often-divisive leaders simply don’t get the platform anymore. (I am actually almost 100 pages into writing a book on the backroom history of the SBC, including how that changed.)

Today, the Southern Baptist Convention meetings look remarkably different. Young leaders are not out of the ordinary, new ideas are being encouraged and discussed, and we are more serious than ever about seeing church planting as the most effective strategy for making disciples. Church planting as a profession is affirmed and encouraged.

In years past, I used to have to say to SBC church planters, “Please don’t give up.” Today, we have people joining with the SBC because of the church-planting focus (including McLean Bible Church, Harvest Bible Chapel (James MacDonald, pastor), and Harvest (where Greg Laurie is pastor).

SBC training is getting more effective, there are coaching and support systems in place, and awareness has given birth to a real strategy. We have missional applications in settings and are recognizing the HOW of church planting is, in many ways, determined by the WHO, WHEN, and WHERE of culture.

It has been fascinating to watch, partly because a few (very few!) people thought I’d be the new NAMB president several years ago. (One person even announced it!)

That has never been an option as they did not ask and I would have declined if they did, largely because I thought you could not transition NAMB to be a church-planting machine. I did not think the job could be done.

NAMB has become the leading agency for North American church planting and, if they continue on their path, Southern Baptists may just experience a church-planting renaissance, building on their church-planting momentum.

The Moment We Are In

Simultaneously with this shift in Southern Baptist life, we are seeing a culture become more secular and increasingly less open to evangelism and church planting. It’s one of the reasons I quit my job at LifeWay and came to the Billy Graham Center at Wheaton College. I want to spend the next decade of my ministry pushing Evangelicals to be more evangelistic in an increasingly secular context.

And that means more church planting that reaches unchurched people.

Here is the opportunity we have, and also an exhortation. We need to be asking the question, “Are men and women hearing and responding by grace, through faith to Jesus’ work on the cross for their sin and in their place? Are we making new followers of Jesus?” If all we are doing is shuffling sheep around for the next 10-15 years, it’s a waste of my life and a waste of yours too.

Most of my readers are not Southern Baptists, but even if you aren’t you should care because Southern Baptists are the largest Protestant denomination in the country. Their church planting success influences everyone.

But, as one who has been quite honest about the state of the SBC over the years, I do think it’s worth saying it this way: Yes, Southern Baptists, there’s much more to do—but way to go in ramping up church planting.

For a long time I’ve said that what you celebrate, you become. We’ve still got miles to go, but I’m happy to say that we have much to celebrate.

Join the conversation on Facebook
Tags:
None
Posted:
August 24, 2017