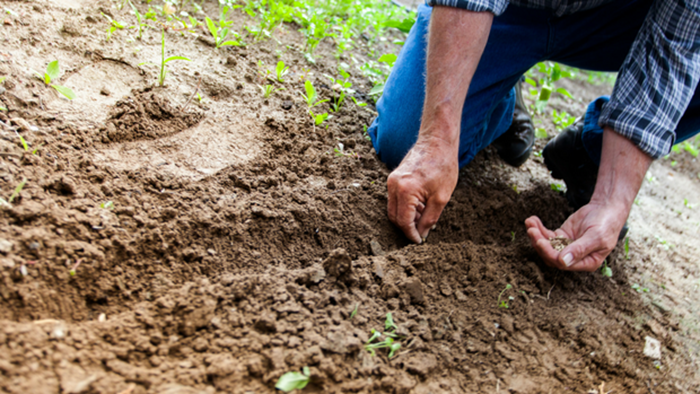 A generation of Christians that has grown up with microwaves is also sold on the idea of movements. But rarely do these things go together.

Movements are not instantaneous—they can explode (that’s what makes them movements) but they don’t just show up.

It takes time to see if a movement is going to gain traction and have long-term impact. This is true in ministry. At times, the spread of the gospel has seemed to happen overnight, but the reality is that many of our greatest missionaries have labored for decades without seeing such explosive fruit.

No matter how many shortcuts we find or tips we learn, the Kingdom of God is still more like a seed and a field than a bag of popcorn and a microwave.

So what does that mean for those leading denominations?

For those looking to increase church planting at their church, or increase a focus within their denomination, there are several factors to consider, and a few keys to success. Each area of ministry has its own nuance. So, it is naïve to think that you can take a cookie-cutter approach to developing the foundations of a movement. Some things are true regardless of the ministry. Others are vastly different.

Here are three things to look at when working toward increasing church planting.

Church planting is, in a real sense, a community—it’s more of a club than an organization. Planters can spot each other in a room of pastors. It just is. Normal pastors, and a lot of denominations, feel different to them.

That isn’t a knock on denominations, many of whom do things quite well. But the fact is that many church planters find a level of camaraderie with church planters of other denominations that they do not find with people they have ministered with or learned from for years.

There is a common mindset, common passion, and common vision shared by people who are called to plant churches. Planting a church is different enough from many other ministries that it makes sense that there would be a certain level of fraternity in this movement you may not find as strongly in other ministries. That doesn’t make it better, nor does it make it worse. It just is.

They wonder these things because they want to maximize their learning time. I’m not suggesting their approach is healthy. It is often not helpful. I’m just saying it is the reality. I’m not judging their hearts. I’m reading their culture.

If you want to be part of developing a significant and sustainable church planting movement, you need to realize that there is a strong sense of community within that culture. You may be charged with helping to grow this element in your denomination, but realize that you aren’t in this community.

As with any mission field, understanding the cultural context is important. Overseeing pioneers can seem like an impossible task. That’s part of the beauty of the Church. God doesn’t always call the equipped. He equips the called.

So, if you are a church or denominational leader, it isn’t your job to impress church planters with your planting exploits. But you can communicate that you are there to come alongside them and help them learn, pastor them, pray for them, supply biblical principles that aren’t based on trends, and generally provide a nurturing environment in which they can thrive while creating a multiplying movement. They should know that you aren’t going to pretend to be something you aren’t, but you will be what you are… and that is, for them.

Engaging church planters in this way will bring healthy side-effects that you’ll welcome. For one, planters will appreciate their denominational affiliation more and feel a part of a larger vision than just their church plant. Consequently, they are more likely to invest back into the denomination in order to push the movement forward. Nothing breathes life more into a denomination than a crop of new church planters who really believe in the vision and movement potential of their network.

Ultimately, this can win people over in a way that walking in and saying, "I'm kind of an expert," doesn't.

When developing a greater church planting focus, not only is there the human community element, but there is also a time reality. Every organism and organization depends upon time to work properly. The smaller the organization, the less time it may take to achieve the goal. The larger the organization, the more time it will need to produce, but the impact is often more significant at the far-reaching level. So we can see change quickly in a small church or zone. But quick change is not part of a district or denomination. What we are talking about is recognizing the pace of a movement.

Again, we live in a world that expects immediate results, especially when it comes to change. This means there will be a lot of pressure on those initiating a culture of change. Trends may spring up overnight, but a movement will not develop in a year or two. In fact, if you want to see a mission become a movement, you will need to commit for over five years. You may be six or seven years in before you start seeing progress. The movement may not be anchored into the culture of the larger organization for at least ten years.

If you aren’t willing to work in the trenches to establish a church planting culture, you may be better off to not start at all.

You can fight time, and see it as your enemy. You can struggle to meet deadlines passed down by people who don’t realize the dynamics of pace, and end up burning out. Or you can be honest about the reality, communicate it well to those around you, and up the line. Keep the idea of pace in front of everyone. This is not a sprint. It is a marathon. And that is by God’s design. Patience through seasons of growth and decline encourages trust in and dependence on God.

Embracing the reality that a movement takes time to develop and communicating that to those involved gives the whole organization a better chance at achieving its goals in a way that is healthy and sustainable.

If you are going to work with two or three church planters, you can probably do that without creating much of an infrastructure. But if you are working on a district or denominational level to create a national movement, you will need to develop a path to success. This is about systems. It is simply not possible for a person, or even a group of people, to reproduce within a movement apart from systems that carry the weight of development.

We see this in scripture with Moses, the kings, Jesus, and the Early Church leaders. Good systems were in place to move the gospel, doctrines, traditions, etc. from one generation to the next.

Systems aren’t bad. They can become clogged. They need routine maintenance. They can be modified to become more or less productive. But they are essential to the success of a growing movement.

The systems are changing. The ways we learned and worked in the 1980s and 1990s have changed. The rapid change in technology has impacted this. Ultimately, you have to be able to say, “Here is the pathway. This is how we will know you are walking the path. Here is how we will celebrate the completion of the journey.” Systems are required to know the pathway and help people walk through it. And systems can outlast the current team of overseers, allowing for reproduction beyond the current cycle.

But also, this doesn’t mean that systems have to be rigid or one-dimensional. It is entirely possible for a movement to house multiple systems that are rapidly multiplying different kinds of churches. The important thing to remember is that systems are meant to be helpful and simple. When that is no longer the case, then it’s time to innovate new paths to keep the movement going.

Successful church planting movements often require these three things: engaging the people you will be working with by understanding the nature of the culture; embracing the pace that is necessary to see the long-term dream become reality; and establishing the pathway to success and the associated systems so that all involved know what is expected and how to achieve the goals.

We need more church planting… and more leaders making good choices to get there.

Join the conversation on Facebook
Tags:
None
Posted:
August 8, 2017