A faithful servant has entered into the joy of his master.
Ed Stetzer 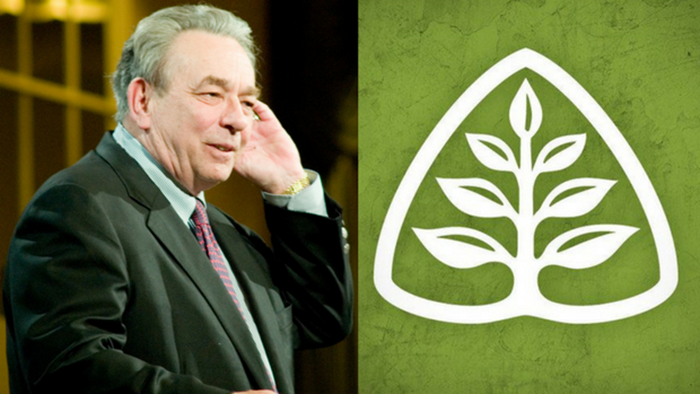 Today, a legendary theologian passed into the hands of our heavenly Father. Dr. R.C. Sproul went home to be with the Lord this afternoon. He was 78. You can read more from Ligonier Ministries here.

Probably best known for his books The Holiness of God, Essential Truths of the Christian Faith, and What Is Reformed Theology?, he was hugely prolific in his writings, including dozens of critical question short books, longer books, and Bible commentaries. As my friends here at Christianity Today wrote, “Sproul’s legacy lives on in generations of laypeople and Reformed leaders whose theology was strengthened and shaped by Ligonier Ministries, the organization he founded in 1971 to fill the gap ‘between Sunday school and seminary.’”

And Twitter is alight with praises and thanks for his life and ministry. Ronnie Martin, pastor of Substance Church in Ohio, explained Sproul this way:

Thanking God for the life and ministry of R.C. Sproul. What I learned and am learning from him:

1. The truth of reformed theology
2. The awe of God’s holiness
3. The comfort of God’s sovereignty
4. The simple, yet profound depths of the gospel

For many of us, Sproul was an early shaper of our theology. I remember listening to cassette tape series like The Holiness of God, Chosen by God, and many more. I actually had every single cassette they released. (Full disclosure, my brother-in-law worked at the ministry so I got them cheaply!)

But to be honest, I would have paid much, much more.

I fondly remember watching him write on the board a list of great theologians of our day and then joking that the great Arminian theologians was a much shorter list—with a big laugh.

Over the years, I’ve maintained a steady appreciation of Ligonier Ministries and their work. When I was at Lifeway Research, we did some research with them on the state of theology today. We asked, “What do Americans believe about God, salvation, ethics, and the Bible?”

The legacy of Sproul and Ligonier is rich with addressing issues of apologetics, discipleship, and historical Christianity in context.

But what stands out to me, and something I believe is unique in our world today, was his passion for both theology and evangelism.

Sproul teaches us that the holiness of God does not cause a chasm between us and God, but can actually be the string that draws us to knowing him even better.

A few years ago, I co-edited (with Philip Nation) the Mission of God Study Bible. We asked R.C. to write a “letter to the church” on mission, alongside others like Calvin Miller, Jack Hayford, Erwin Lutzer, and Billy Graham.

Here’s what he wrote:

A Letter to the Church by R.C. Sproul

The mission of the church is eternal. Its origin is in eternity and its destination is eternity. God’s plan of redemption for this fallen world was not an afterthought or an expression of a plan B. Rather, before the world was even created, in all eternity God the Father, God the Son, and God the Holy Spirit had a covenant among themselves that we call the Covenant of Redemption.

The Kingship of Christ is one that lasts forever. He is the King of Kings, the Lord of Lords, and He shall reign forever and ever. In that eternal reign His church, which is made up of His people, will join in His triumph and participate in His glory as the kingdom of Christ lasts forever. We see then that there is no end to the mission of the church other than its eternal destiny of salvation and glory. We need to understand that the mission of the church is not a temporary matter. It’s not a concern that merely began in Old Testament days and reached its conclusion at the end of the old creation. It is a mission from the ages and unto the ages and for the ages. The church must understand that her mission is one that matters eternally. It is a mission that can never be regarded as being of secondary importance.

The seeking of the kingdom of God is the central business of the church. Our Lord commanded that we should seek first the kingdom of God and His righteousness and all other things will be added unto us. So there is no higher priority for the church than the making manifest and bearing witness to the Kingdom of our Savior. This is an eternal destiny with eternal consequences and is of eternal importance. Everything that the church does today and tomorrow matters and counts forever.

Join the conversation on Facebook
Tags:
None
Posted:
December 14, 2017