My Story: From Prison to Freedom, and What I’ve Learned about the Promise of the Gospel 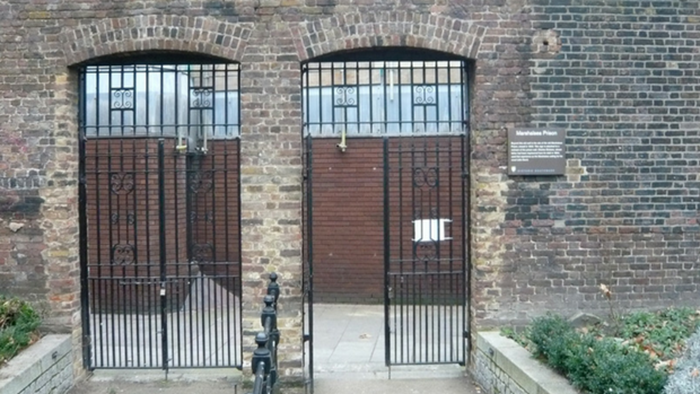 Image: G Travels / Flickr
In 2018, we are going to begin including the stories of how people came to faith and what they have learned from their transformation stories about God’s character and our own call to evangelism and discipleship. This idea began after talking with my friend Jeff Ludington. Jeff is the lead pastor of Generations Church and author of Frustrated: How the Bible Resolves Life’s Tough Questions. Below, Jeff shares his own story and integrates lessons from Hosea for all of us to take to heart.

When a publisher asked me, “Why would someone want to read a book written by you?” it took me longer to answer than I expected.

And my answer impacted my faith.

I come from a broken family. I had a long battle with drugs, was kicked out of my house before I was an adult, and committed countless crimes to support my addiction. I’ve slept at friends’ homes, in trunks of cars, and often did drugs so that I wouldn’t have to sleep, because I had no home. Crime and drug abuse led me to county jail, and eventually state prison.

But others have a similar story, so again I had to ask why anyone would want to read a book by me.

When I was young the gospel began to reach into my family. I wish I could say that was when I came to faith, but circumstances actually pushed me further away from Jesus.

Fast forward to 1997. I had been out of prison less than 100 days when I was arrested again. This time, I’d done enough to never get out. I had a gang affiliation, a long record, and was on parole. Just an hour before the arrest, I had committed a home-invasion robbery of a drug dealer’s home. While driving, a cop saw me and pulled me over simply because I was known to them. In the car were drugs, a gun, and stolen goods.

I was immediately taken back to jail.

The next few days were spent detoxing from drugs and wondering what I would be charged with. The robbery was public now, and it was a reality that I might never get out of prison. And, if I were honest, I’d have to say I was ok with that fact.

I had become more comfortable inside prison than I was outside. I was institutionalized.

I sat alone in a cell and prayed the most heartfelt prayer I had ever prayed. I asked God to change me and promised to never stop serving him.

I didn’t ask God to get me out of prison. I deserved to be there.

I just wanted to be different. I started reading the Bible and following God to the best of my ability. When I said that prayer over 20 years ago, I never imagined I would become a pastor and author, or even live outside prison walls. Jesus showed grace to me, and my life is completely different than it was.

God is in the Business of Redeeming Our Broken Stories

I have always been fascinated by redemption stories: Jacob going from a con-artist to being “Israel”; Moses from murderer to prophet; David from adulterous murderer to friend of God; and my favorite is Hosea and Gomer.

If you don’t know this last story, I encourage you to read Hosea 1-3. God tells a prophet named Hosea to marry a woman who will be repeatedly unfaithful. Hosea does as God says and marries Gomer. Just as foretold, she cheats on Hosea and becomes pregnant from other men.

Gomer literally prostitutes herself into slavery. What comes next rivals any story of redemption. At God’s direction, Hosea goes and purchases Gomer’s release. Then, looking at his disgraced wife, Hosea says in 3:3, “You must dwell as mine for many days. You shall not play the whore, or belong to another man; so will I also be to you.”

Hosea spoke to a disgraced Gomer and called her to be his wife again. This verse points us to the gospel of Jesus because it calls sinful and broken people to a completely new life. Here’s three things in particular that stand out to me.

1. No matter what sins I had committed, Jesus paid the price for them all.

Hosea completely paid Gomer’s debt, freeing her from her slavery. I had been a horrible person and struggled with some things I had done. Embracing that Jesus paid the entire cost of my sin means I am completely free from my past. Just as Hosea redeemed Gomer from her sin, Jesus paid for my freedom!

Hosea tells Gomer to no longer live like she had lived (unfaithful and a prostitute), but instead to come and live as his bride. He promises to be her husband. Imagine how she must have felt getting an entire new lease on life. Upon my release from prison, I had a choice to live as I always had (an addict, convict, and criminal), or I could live in a new way. Not only was my sin paid for, but I was also no longer defined by my worst decisions. I could now be redefined by Jesus’ victory over sin. I could be exactly who Jesus called me to be.

3. Complete transformation is, by definition, what the gospel promises.

I was paroled from prison just before my 30th birthday feeling like my life was over because I hadn’t even graduated from high school and I had a long criminal record. In my mind, I would never amount to anything because I had thrown away two decades of my life. That is not what the gospel promises. Jesus, through his life, death, and resurrection, makes prostitutes into brides, and makes criminals into men of faith. The gospel says complete transformation exists in Christ.

When I finally answered the publisher’s question about why anyone would want to read a book I wrote, I said that I have seen more transformation than anyone I know, and I can point to Jesus in the hardest times of life.

Join the conversation on Facebook
Tags:
None
Posted:
December 28, 2017

My Story: From Prison to Freedom, and What I’ve Learned about the Promise of the Gospel

My Story: From Prison to Freedom, and What I’ve ...