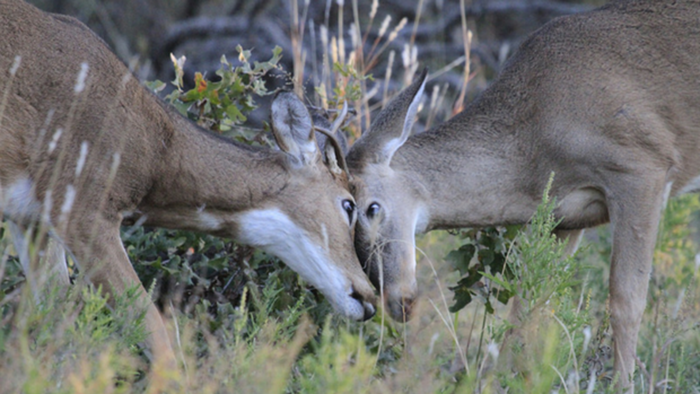 There is a big difference between talking with someone and talking about someone. Yet Christian organizations, churches, and families are full of people talking behind each other’s backs. When conflicts arise—and they will—as leaders we frequently skirt around the necessity of dealing directly with each other.

We may develop unhealthy patterns of response when we want to avoid conflict: we retreat into prayer to the neglect of communications, we work out ways to avoid the person, or we get as many people in the office as possible on our side. If we are observers of the conflict, we often ignore the situation as much as possible.

But it doesn’t help to close our mouths. And for those in leadership positions in the church, this is simply not an option.

Jesus called the peacemakers blessed. And he said that they would be called “sons of God.”

Courage to Step into the Uncomfortable Places

Yes. Communication is hard. And those who solve conflict deserve some praise. But since the process of conflict solving is painful, we often don’t receive much credit—at least in the middle of the process.

So, if you want to help people, you need to lean into the pain and help people to communicate with each other.

Recently, I was on a conference call with some guys who are wanting to launch an alliance. During the call, we kept talking on and on. Finally, I said, “Guys, I think you two need to sit down because you’re both hemming and hawing around this central question.” I defined the central issue and asked, “Are you on the same page of this? Do you agree to this basic fundamental issue?”

The answer was no. So I told them that before another conversation took place, they would need to work out that fundamental difference.

Leadership requires a commitment to solving conflict. Note that I do not say ‘ability,’ but instead ‘commitment.’ To be honest, most people can become conflict solvers if they are willing to endure some pain. A lot of leadership is being the person willing to lean into pain. When I meet with a staff member who I might need to redirect, I recognize that it could be a painful situation.

But I do it. Preferably as soon as possible so the situation doesn’t fester. I’ll say, “Listen, I just want you to know this is not working for these three reasons and we need to address it and be fine.” People typically respond, “Okay. This was helpful.” Then they continue with a better sense of clarity.

It takes courage to step into a conflict situation. In the movie We Bought a Zoo, Matt Damon reflects on the worthwhile challenges of life. He says to his son, “You just need 15 seconds of bold, audacious courage.”

And that’s what it takes. When you take that first step, it’s amazing what can happen as a result. In the Midwest, South, and much of Asia, there is a lot of conflict avoidance going on. It’s important to know your culture and audience, but after you have done that, as leaders it’s important to quickly address any conflict we see. Sometimes, it may take a few minutes before we say, “Listen, I think we’re maybe kind of walking around this.” Other times, we feel more freedom to jump right in with, “It seems like we are tiptoeing on eggshells. But we are all friends here. So let’s just break the egg.”

I want to offer four simple steps for dealing with conflict as leaders:

A leader constantly listens. He or she builds rapport through respect, engagement in the worker’s world, and encouragement. You can’t walk into a conflict without good rapport. Some call this an “emotional bank account.” You need to keep your account full with people on your staff.

Two, set the agenda aside for a bit.

Sometimes, we are so hurried to get something done that we push through the agenda in the meeting even though people are clearly at opposite ends of the issue. Quite likely, the project on our agenda won’t get done with any quality if we finish the meeting with conflict hanging overhead. So sometimes we just need to spend time tending to the relationship before we dive in. Then, we can raise the issue directly.

Make sure you single out the people you are talking to so that nobody is confused where the action needs to happen. Don’t generalize. If you don’t tell others who you are addressing, you will be inviting people to take sides as a group. And that is always harder to deal with.

Four, don’t back down even if it takes a couple of minutes.

Sometimes, people are entrenched and can’t immediately admit that there is a problem. So the room may go silent or someone will try to deflect the issue. Be persistent. Think about it like a sliver in your hand. Sometimes, you need to work it a bit to get it out. And it is painful. But worth it when you are done.

No one likes conflict resolution. At our core, we all have a desire for harmony. Sometimes, however, the only way to get to harmony is through a few bumps in the road.

I address more of this in my leadership course, available here.

Join the conversation on Facebook
Tags:
None
Posted:
December 29, 2017