Rhinos, Rabbits, and the Challenges of Multiplying a Church Planting Movement

Partnering together for the sake of the gospel
Jeff Christopherson 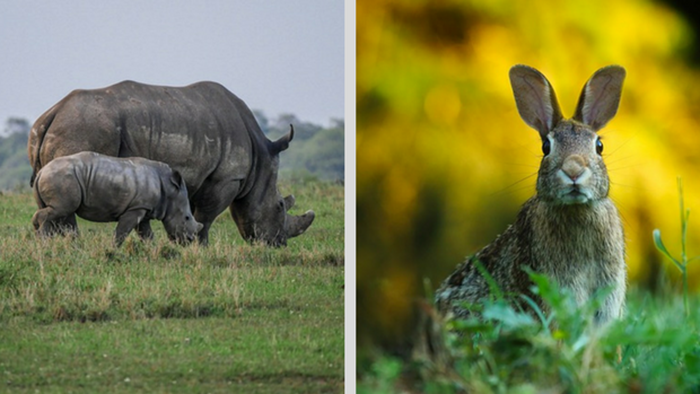 It is unfortunate, but the White Rhino appears to be on a trajectory to extinction. And there’s little wonder why. Human and environmental factors aside, the rhino has a built-in malefactor that hinders their own proliferation—a gestation period of 16 to 18 months. It takes a year and a half for a rhino to have a baby, meaning that even if all others variables are ideal, the birth rate is going to be excruciatingly slow.

Yet, all other factors are never ideal, so some rhino babies do not make it to birth, while others die soon after. As a result, you’re unlikely to hear about rapid rhino multiplication. Instead, expensive and painstaking management is required simply to avoid extinction.

Contrast rhinos with rabbits. The animal’s name itself has become a synonymous symbol for rapid multiplication. Why? Rabbits have a gestation period of 31 days—one month. This system of rapid multiplication allows the rabbit to persist and flourish despite various environmental impediments that should cause its demise.

Not Either/Or, but Both/And?

But a holistic picture of a successful urban missiology necessitates that churches behave like both rhinos and rabbits.

Churches with a rhino-like gestational cycle may not multiply quickly, but they can multiply effectively. A slower rate of reproduction can allow the church to build a robust infrastructure capable of deploying missionary members and church planters into the harvest.

Self-less pastors in these environments can work to develop systems to train leaders with a unique blend of ecclesiological precision and leadership ability. Given enough time, open-handed rhino-like churches can gain relational authority with other churches in a region such that they are seen as formative missional voices for leaders in their area.

This is a very good thing.

Like rhinos, churches with a slower gestational cycle will find natural forces working to ensure their extinction. A modus operandi of “slower, bigger, and healthier” has the potential to cause churches to focus their energies on a burgeoning infrastructure at the expense of reproduction.

Multiplication then becomes a hopeful byproduct of the church’s desire, but it is not central to its mission. Self-less leadership and intentional prioritization will be necessary in order to keep multiplication at the core of the church’s culture if reproduction is to occur with any semblance of consistent frequency.

Additionally, rhino-like multiplication poses challenges for missionary movements. The simple reality is that such a pace will not make a dent in the escalating lostness of our North American cities. It will take a faster gestational period among some churches in order to ensure that every man, woman, and child has access to the gospel and can easily integrate into a healthy local church.

Churches with a short gestational period face daunting challenges as well. Rapid multiplication will often feel chaotic. Leaders may lack experience. Ecclesiological acumen may be a work-in-progress rather than something that is completely refined ahead of time.

Yet, rabbit-like churches have the agility required to move quickly into various domains of a city and plant gospel presence where it is lacking. Their truncated gestational cycle means that these churches can replicate missionaries quickly and send new believers into the harvest to declare and demonstrate the gospel to their neighbors, co-workers, and friends.

Rhinos need rabbits to continually remind them that mission is central to the character of God and, in turn, must be at the heart of the church’s reason for existence. Rhinos need risk takers—those who trust God in faith and step into the unknown even when they know that they don’t have all their questions answered.

Rabbits can be physical reminders of Missio Dei, or more accurately, our Missio Ecclesiae* as they courageously walk by faith into the density and diversity of the city.

Rabbits also need rhinos. They need churches in the city defined by a winsome yet unapologetic commitment to both orthodoxy (right teaching) and orthopraxy (right practice). Leaders who can help them think through the complexities of leading a church to biblical fidelity and faithful practice.

Rabbits need places where they can ask questions, receive training, and work out the problems that their speedy reproduction is sure to bring. They also need seasoned leaders who can love them enough to pray for their needs, speak words of hope and encouragement, and challenge them in areas of needed growth.

Rhinos can be physical reminders of Gratia Dei (“grace of God”) as they selflessly and open-handedly release their assets toward a shared kingdom advance. Rather than needlessly demeaning churches that multiply at a different rate than yours or assuming that all church planting needs to take one form or another, we should pray that God would raise up faithful rhinos and rabbits who can partner together for the common mission of reducing lostness in North America.

Missio Dei, or “mission of God” is unfathomably larger than human minds can comprehend. Instead, it might be healthier to focus our energies on the mission that has been assigned to the church, the Missio Ecclesiae.

Jeff Christopherson is the North American Mission Board’s Vice President of the Send Network. He and his wife, Laura, live in Alpharetta, Georgia.

Join the conversation on Facebook
Tags:
None
Posted:
December 26, 2017

Rhinos, Rabbits, and the Challenges of Multiplying a Church Planting Movement

expand
Rhinos, Rabbits, and the Challenges of Multiplying ...