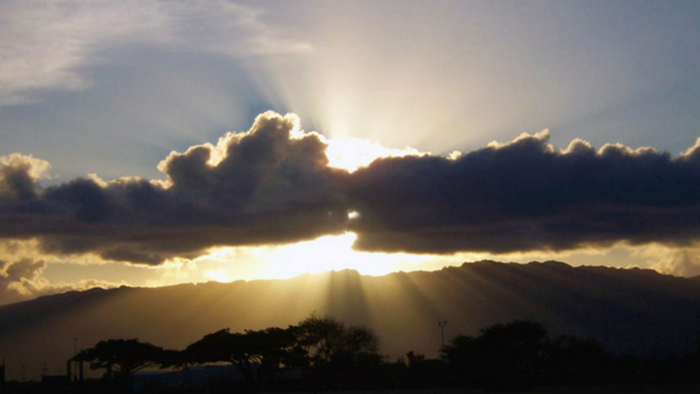 Image: Mac Davis
We continue in our series on biblical preaching (in partnership with The Gospel Project). We have asked some teachers, preachers, and scholars to consider preaching, interact with it, and contrast some different approaches.

Today, we welcome J.D. Greear. He is the pastor of The Summit Church in Raleigh-Durham, NC, and Visiting Fletcher Professor of Missions at Southeastern Baptist Theological Seminary. A husband and father of four, he is the author of Gaining by Losing: Why the Future Belongs to Churches That Send (2015), Gospel: Recovering the Power that Made Christianity Revolutionary (2011), Stop Asking Jesus into Your Heart: How to Know for Sure You Are Saved (2013), and Jesus, Continued…: Why the Spirit Inside You Is Better Than Jesus Beside You (2014).

One of the best books on preaching I’ve ever read is Between Two Worlds by John Stott. In it, he shared a metaphor for preaching that has always stuck with me. He said that one of the words used in the New Testament for “preacher” is the word “steward.” A steward, Stott said, was a manager. In a family with children, the steward wasn’t a parent, but was responsible for feeding the children. The parent made the decisions, and the steward was responsible to administer them. Stott said if you’re a steward and the parent chooses the food for the child to eat and you go to the pantry and you’re going to feed the kids, you don’t just necessarily go through you know green beans, green beans, green beans, you know chips, chips, chips, spam, spam, spam. That’s not the way you would feed them. You would pull different things together and you would make a meal.

This helps me as I think about preaching, both in general and in the church I serve. If I am a steward, then God is the one who decides what the people need to know, not me. If I am only thinking about what I feel like the people need, I’m going to end up talking about the same four or five things my heart naturally gravitates toward every year. So I need a balance. I need God to decide what they need, and that starts in the Bible. This is why my approach to preaching would be largely fall under the category of expository, working my way through the Bible a passage at a time. But I also don’t limit myself to that because it’s hard to point to the New Testament and say there is a specific model described or prescribed. What we do seem to have is a flexibility.

That’s what it means to be a steward. To look to what God had decided the people need, and to use the discretion he offers to, going back to the child analogy, arrange their meal in the way that seems best. It’s helping people to, as my favorite definition of preaching puts it, learn to read the Word of God better. So I might do an average of 40 messages a year that are sequentially moving from one passage to the next, but there are particular seasons that require a more topical or vision-oriented preaching series. Although the style might change, the purpose doesn’t. It’s not just about giving them content but helping them see what the Bible says—helping them see the gospel message.

To see Jesus in every text.

But that’s also where things can get weird. I think there’s a mistake people can make when they understand that the Scriptures “testify about [Jesus]” (John 5:39). They see the example of Jesus interpreting “the things concerning Himself in all the Scriptures” (Luke 24:27) and start looking for weird symbolism as though the pattern on Goliath’s armor means Jesus would be born in a stable.

That’s not what the Bible does. That’s not how Jesus interpreted the Scriptures. Some of it is symbolic. Abraham not sacrificing his son and a ram being caught in the thicket, where Jesus is the Son who was sacrificed and He was the lamb without spot or blemish who was slain.

Sometimes it’s patterns. In Judges, there’s a progression from strength to weakness. Joshua is a man’s man—a mighty warrior. Then you get Eli who is… a warrior. Then you’ve got Deborah, who, being a woman, would have represented an inferior leader to Joshua, at least in the eyes of the Israelites. Samson is a mighty warrior who fights alone, but is a train wreck morally and spiritually. And by the time you get to 1 Samuel, it’s a shepherd boy who defeats the mighty giant. It’s a pretty clear trajectory showing us that God doesn’t deliver through human strength but weakness. It’s going to be a weak one who shows up and defeats the enemy while His people watches on the sidelines.

And there’s another way. Think about the story of David and Bathsheba. You’ve got a king who is drawn to the beauty of Bathsheba because it says he’s been disconnected from the battle. As he is disconnected from the battle, he is consumed by her beauty. So how do you preach Jesus in that text? You’ve got to show that the king’s heart has to be captivated by a greater beauty. And what is that greater beauty that’s going to manifest itself to the king? Well you know David the king sins and Bathsheba becomes pregnant, and eventually the child dies for his sin. And the whole thing is pointing us to a king who would love his people so much that instead of making his people die for his sin, he would die for theirs. That’s the greater beauty that the king needs to be consumed by to avoid temptation. The theme here is that every human leader will let us down. We suffer for their sins. So what we’re doing is setting up this need for a leader who would not only have us not suffer for his sin, but would end up actually flipping that and suffering for ours.

But seeing Jesus—the message we steward—goes beyond symbolism and trajectories and themes. It strikes at our desires.

Charles Spurgeon, the 19th century Baptist preacher, used to say that in every sermon we plow a trough back to the cross. I used to think that what that meant was that no matter what you’re preaching at the end you gave a Gospel invitation. But that’s not Spurgeon’s method. I think what he meant was much different. The imagery of trough is something water flows through. And what Spurgeon was saying is that no matter what he was preaching about the power to do that came not from the resolution of the people listening to it, it came from the cross and what God had done. So if I’m preaching about generosity, how am I motivating people to be generous? There’s guilt—how can you sit there in air-conditioned homes when people all over the world are starving. You can use greed—God will bless you if you give. Or, you can use grace. This is what Paul chose as his weapon of choice to motivate generosity in 2 Corinthians 8-9. He plowed a trough back to the cross and said, “Remember the grace of the Lord Jesus Christ…”

In the same way, when we’re trying to tell people how to be better husbands and wives we can give ten steps to be a better husband, but it’s better to give the ten thousand steps that Jesus took to come to us. When you behold that kind of love, that kind of humility, that kind of grace given for you it produces a heart change in you. You begin to do these things not because the law compels you but because the gospel has transformed you. The gospel is not just after obedience. And in most of our preaching that’s what it’s after. Obey these things. The gospel, though, is after a new kind of obedience. An obedience that grows from desire.

When you capture that—that the Old Testament and all of Scripture is pointing us not only to see Jesus, but to worship Him—that becomes a key that unlocks every passage in different ways. And it all leads to worship. So in every sermon, I want to exalt what Christ has done and who He is, because when that happens then people’s hearts begin to change. And it’s not that they leave thinking here’s what I’ve got to change for Him. It’s that they’ve been changed on the spot because they beheld Jesus and they’ve changed.

That, fundamentally, is biblical preaching: helping people to behold the glory of Jesus. Helping them to learn to read the Word of God better. That is God’s desire for His people. And as a steward, my goal is to help it become a reality in the lives of those I serve.

Join the conversation on Facebook
Tags:
None
Posted:
February 13, 2017