This inner-city pastor is inviting himself into his neighbor's homes.
Paco Amador 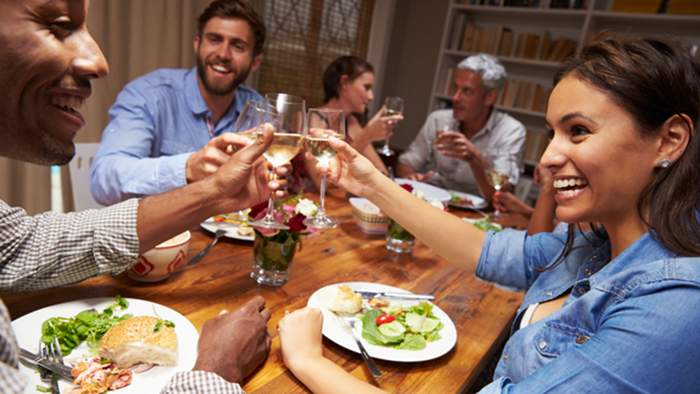 Not every community is the same.

For the last 20 years, I have lived in a very connected neighborhood. This is the kind of place where people walk the streets, kids attend the same local school in walking distance, and people see each other at the laundromat, at the doctor, at the local supermarket, or at church. Neighbors greet each other with great ease.

In short, I live in a very welcoming, accessible community.

Twelve years ago when I became a pastor, it felt normal for people to meet me at “the office,” which is a way of referring to our church building, during the week. I have also met with people at coffee places or at neighborhood taquerias. These kinds of public places to connect abound throughout our community.

It’s interesting how slowly and unintentionally a trend began to take root in me. Maybe it was a growing inner sense to not push myself into others’ privacy too much. Perhaps it was a way for me to relieve people from the anxiety of having to make their homes ‘presentable’ for a pastoral visit. The fact is that slowly I almost completely quit visiting people in their homes.

Over a year ago, in full honesty and with a repentant heart, a group of us friends began to evaluate our growing coldness and ineffectiveness towards evangelism. Was there something we had lost? What were we missing?

Almost simultaneously, we began to reencounter Jesus’ attitude towards homes. Most of the time if Jesus was not walking with people, He was at someone’s house. He seldom resisted invitations (which gained him a reputation of glutton and ‘party animal’). Other times, he unashamedly invited Himself into people’s homes.

Its funny to imagine how a modern-day Zacchaeus would have reacted to Jesus’ declaration: “I am coming for dinner to your house.”

But there he was: unplanned, uninvited, eating a meal at the home of another unprepared host. That self-invitation, however, changed the course of Zacchaeus’ life. “Today, God’s salvation has come to this home,” Jesus announced during dinner.

“When you enter a house,” Jesus instructed His disciples, “first say, ‘Peace to this house.’” It’s hard to miss the fact that Jesus sought to experience people by eating at their homes. In fact, it seemed to be His most central strategy. Christianity’s most vivid celebration is a meal. When Jesus wants to give us an image of what the kingdom will be like, He describes it as a meal at His Father’s house.

There is something embarrassingly revealing about entering unannounced into someone’s home, and even more when the uninvited guest is hoping to stay long enough to join the family at the dinner table.

At the dinner table in one’s home is where most of our lives are seen for what they truly are. It’s where kids shamelessly recount embarrassing truths, the mess on the living room will not lie, broken relationships can’t keep up the charade, and marriage hurts seem to surface with ease. Could it be that in the midst of our shambles, grace can shine all the more? Maybe Jesus knew this all too well.

When It Became Personal…

Convicted about our serious oversight one hot summer evening, several friends from our church gathered to refresh our vision. Having prayed, we made a renewed commitment to love our neighbors into their homes.

That Sunday, I noticed Aniseto. He had attended our church with his kids on and off for a couple months. He always arrived on time and left right away. He never lingered after the service. I normally greeted him, but since he didn’t talk much, I didn’t push. After all, he was at church, and that had to count for something.

But this particular Sunday I had an agenda. I knew what I was seeking. Something told me that I would go into somebody’s home, and when I saw him, a fire welled within me. I knew I had a dinner appointment at his house.

So I did the most Christ-like thing I knew to do: I invited myself to his home for dinner. Without asking, I simply told him I would visit him on Tuesday. He didn’t hesitate. All he did was to give me his address.

That Tuesday, filled with anxiety, I knocked on his door. And just like Cornelius, he too had assembled his family and co-workers. Even his kids sat and heard as I shared Jesus boldly with them. We ate together, laughed, and told stories. When I asked, “What would keep you from opening your heart to Jesus here and now?” Aniseto responded, “Nothing. I am ready. I had been waiting for someone to come and tell me how.”

Right then and there salvation arrived at Aniseto’s home. Luke 10:5 says, “’If someone there welcomes peace,’ Jesus said, ‘your peace will rest on them.’”

A couple of weeks after my initial visit to his house, I had the privilege of baptizing Aniseto. Sitting on a tank filled with water in the middle of the street, in the center of a block party, he confessed Jesus as his Lord.

He was the first of his family.

And the Message Spread…

A couple weeks later Aniseto and I baptized two of his co-workers. He then baptized two of his older children. In the last eight months, he has averaged leading to Jesus and baptizing at least a person a month. The most interesting fact is that most of them have opened their hearts to Jesus in their own homes.

Since last summer, each of us who were at that initial meeting and prayed to go into our neighbors’ homes has made new disciples, baptizing them and launching them to go into the homes of others to do the same.

Who knew? All this time, I had been inviting people to leave their homes and come to visit our church. But Jesus’ instructions seemed to be the opposite. Now, we have a new saying among our small but growing army of home self-inviters: “Don’t invite people to church; better invite them to Jesus, here and now, in their own homes.”

So, you might call me a mooch or even a glutton, but I am slowly developing a greater fire to invite myself into as many neighbors’ homes as possible, and dinner, of course, is an added benefit.

Paco Amador pastors the New Life congregation in a Mexican immigrant neighborhood in Chicago. He enjoys running, dancing with his four daughters, wrestling with his three boys, and bike riding through the city. Pastor P and his wife, Sylvia, have been married for 20 years.

Join the conversation on Facebook
Tags:
None
Posted:
March 2, 2017