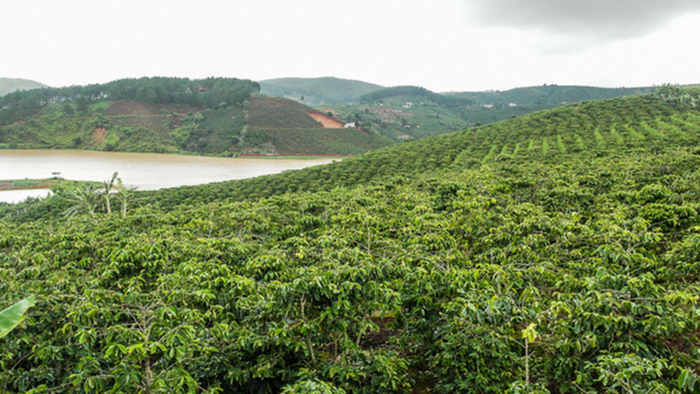 Communicating the gospel through oral means is nothing new. There is arguable evidence that Synoptic Gospel material arose out of non-literacy, “a movement from saying to composition.” The written gospel eventually took on greater authority. Consequently, the recitation of the written gospel became the dominant way to communicate scripture to the non-literate masses. Even so, it seems unlikely that telling and retelling of scripture using natural, oral style ceased altogether. Perhaps it was just viewed as lacking authority, because literate priests and pastors were the official readers and interpreters of the gospel for the non-literate.

The beginning of the Protestant Reformation in Europe (1517) brought radical ideas to the masses. One idea was that all people should be able to read and interpret the Bible. That would require increased literacy. Space doesn’t allow for a description of how Johannes Gutenberg’s printing press innovations created a hunger for more Bibles printed in more languages. Literacy in the Western developing nations surged soon after, especially with the democratization of education. Eventually, Western mission expansion spread the gospel and the notion that reading would be the primary way new believers engaged scripture translations.

The modern orality movement is said to have begun in the 1970s. Due to growing interest among several mission agencies over oral strategies, oral scripture production began to increase in the 1980s and into the 1990s. Does the resurrection of oral strategies indicate a return to former times when the oral and the written text peacefully co-existed, and both were authoritative? Coinciding with the rise of oral strategies, the traditional Western assumption that print scripture is the primary medium for communicating the gospel is on the decline, even among literacy-oriented organizations like SIL International.

How to Make an Oral Preference Society Prefer Reading

During the past two hundred years of Western mission expansion, and especially during the late modern period (1960-1990s), church planting and Bible translation organizations believed that in order to have more success they would need to teach more people to read. Calling these people “print communicators” and a “print culture,” Rick Brown writes, “They depend on reading and writing for communication of important information.” Bible translation agencies, most notably SIL International, brought this inherited bias to the cultural contexts where they worked. However, those locations were comprised of mostly oral communicators, defined as “people in cultures with little to no literacy.”

The solution was to make as many people as possible literate in their newly-written languages so they could gain access to the print translations the agency missionaries were producing. There was little consideration for discovering how non-literate people prefer to communicate important things. The bias toward print media and the assumption that only a written scripture text was authoritative made that generally unnecessary.

There were other reasons for wanting to make an oral society into a literary society. A 1981 SIL policy stated:

Our normal goal is to promote literateness as a value for the community in general, to the point that the practice of reading and writing will continue without further assistance from us.

The words are revealing: the goal was to create a new value, presumably to replace the old value of oral communication. The assumption seems to be that, by virtue of being non-literate, oral communication was not a cultural value. Instead, it was a human development need. The policy statement shows some cultural sensitivity to local preferences, but the goal remains the same:

When it is unrealistic or sociologically inappropriate to expect this from the community as a whole, our basic minimum goal is to bring about sufficient literateness to sustain the ongoing use of the vernacular Scriptures by some part of the community, plus whatever literateness is possible among the community in general… (our goal for the widest possible potential readership for the Scriptures). (policy writers’ parenthesis)

Other literacy workers confirm the goal of at least increasing the number of readers in the community receiving the new translation: “For printed Scriptures to be used, the people who speak that language must be able to read.” For a Western worker, a natural assumption at this time was that print medium had primacy, and without readers the scriptures could not be used to any great extent.

This bias towards a print medium was not limited to scripture use issues. It came with other natural Western preferences for the printed text. However, some literacy promoters were concerned about the “overemphasis on learning to read to be able to read the Bible.” They wanted to link literacy to development as a way to self-improvement.

As another author put it, “Literacy is…a bridgehead to new frontiers of knowledge.” Books on agriculture, health, hygiene, and forestry would create paths for learning. One author suggested that an objective of literacy is also “to encourage literate tribal adults to read habitually for pleasure…” Much was also written on how literacy could protect people from exploitation.

These reasons for literacy are good and noble things, but they reveal an assumption about how knowledge is acquired. Western people acquire knowledge generally through reading. Oral societies acquire knowledge through hearing people speak, sing, and even chant. As a young translator working with a Papuan people, I often wondered why they seemed to always be singing the scripture verses we translated rather than reading and studying the passages in the printed booklets. After all, there were many capable readers in the village! The young people even recorded the scripture songs on cassette tapes so they could listen to them as they walked through the village with their boom boxes on their shoulders.

The idea that the scriptures could be more effectively learned and passed on through oral methods never really entered the Western workers’ minds. However, one literacy worker got a hint when she wrote:

They find that Cheyennes learn better through the “passive literacy” approach, and retain the knowledge longer. The general method is to have the material read or sung aloud, either by someone in person or by using tape recordings.

Because the presumed success of a Bible translation project depended on literacy, this rather idealistic (in hindsight) goal to make an oral society into a literary society would require much effort. There were, in fact, a number of challenges.

First, the linguists and literacy workers quickly discovered that oral styles and literary styles are two different things. The people I worked with didn’t like reading transcriptions of their own oral stories. There was too much unnecessary information. However, removing the extraneous information created confusion over the logical connection between thoughts in the written text. It turns out that developing a literary style would take some time. This widespread experience created the idea for writers’ workshops.

Second, workers needed to ensure there was enough reading material on broad topics to generate interest in reading. Shell books (pre-written templates for translation) were developed as an easy way to produce community development titles. Oral histories were also transcribed and put into print. Workers set up village libraries so people could have easier access to books. However, one of the biggest barriers to literacy often cited was the lack of money to produce enough copies.

Third, there was competition with the more dominant local trade language or national language. An assumption on the part of many linguists and literacy workers was that new readers and existing readers would give preference to their newly-written language because, after all, it was their language. In most cases, the people were indeed thrilled that their language now had an alphabet.

However, sociologist Anthony Pym states, “Stronger nationalization pressures from the lingua franca…cause a need to access lingua franca texts.” Even when primary oral communicators develop a literary language, there are still compelling reasons for them to “seek texts in other languages.” More people were becoming literate in those languages. That meant more of the people would access the scriptures in a language they didn’t understand nearly as well as their own mother tongue.

After years of concentrated effort by many dedicated people to turn an oral society into a literary society, is there any evidence that a primary oral society now values reading over telling and hearing? Maybe the hindrances to this goal, mentioned earlier, have prevented it from happening. But is it a lack of readers and literacy materials that is the problem? Or was this goal a well-intentioned, but misguided notion?

For the remainder of this article, I will focus on the ultimate goal of literacy in Bible translation projects—that is, the translated text being engaged and distributed in ways these social experimenters have always desired.

Read Literacy, Orality, and the Web, Part Two (What Scripture Communication Medium Should Come First?; Oral Scripture Distribution; The Web as a Vehicle for Literacy and Orality; Digital Tools to Save Language; Desert Nomads Seek Cell Phone Towers; Indian Web-Based Oral and Written Translation; Print, Audio, and Visual Scripture for Everyone) next Tuesday on The Exchange.

Gilles Gravelle is Director of Research and Innovation with The Seed Company. His research and writing focuses on translation, missiology, technology, and strategic planning with the goal of improving mission and ministry models in general and Bible translation practice in particular. His PhD is from Free University, Amsterdam. He bases out of his home in Seattle.

Join the conversation on Facebook
Tags:
None
Posted:
July 11, 2017