God loves us and is not trying to get even with us.
Ed Stetzer 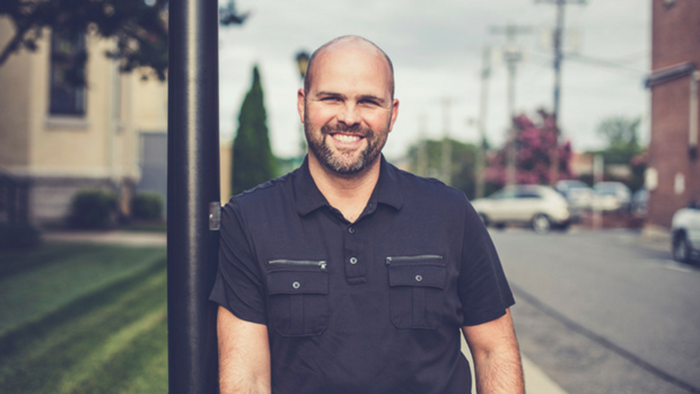 Ed: First of all, what are the lies that hold us down that need to be replaced that you talk about in your latest book?

Clayton: My attempt in this book was to identify the ten most common lies that people predominantly believe. Sometimes we hear these voices. I use the illustration of the old cartoon character with the demon on one shoulder and the angel on the other, whispering into each ear. And although I don't believe it is as simplistic as that illustration, I think people oftentimes feel that way. So the lies that we tend to believe can vary from day to day, and from moment to moment.

One example is that God is mad at us. So if something bad happens in our lives, or things don't work out, the assumption based on that lie is that God is punishing us. Another lie is that we will always be alone and unloved. This seems to be a prevalent lie especially in youth culture. This is one that I struggled with after I lost my parents since I was adopted. I identified this as a personal lie that tended and still does tend to attack my mind. Another lie is that money will solve all our problems.

Ed: One of the things you talk about in the book is that there are truths that respond to those lies. Give an example of this.

Clayton: Let me use the example that God is mad at us. This is a lie that we do tend to believe. The truth that replaces that lie is from scripture, where we see that God is not angry with us. God loves us and is not trying to get even with us. And we go straight to scripture. John 3:16 is the one that so many evangelicals know, God loves the world so much that He gave His only son. But then John 3:17, which was actually the words of Jesus, tells us that God did not send His Son into the world to condemn the world but to save the world. If we can get a firm grasp on scripture, then we can understand that there is a truth that can replace every one of these lies.

For instance, there is the lie that sex is no big deal. There’s an entire chapter on this in the book. The Bible actually tells us that sex and intimacy are a big deal, because our bodies are the temple of the Holy Spirit. The Holy Spirit lives inside of us. There are warnings in scripture about what happens to our physical bodies and our spirits when we do things that are out of bounds according to God's expectation and design for sexuality.

The other lie that is kind of a follow up to that one is that I cannot be forgiven. Oftentimes, when we commit sin, especially sexual sin, the lie will come in and say, "Well, you can't be forgiven for that." But 1 John 1:9 and multiple other passages tell us that we can be forgiven if we confess our sins. He is faithful and just to forgive us and to cleanse us from all unrighteousness.

Ed: So where did you come up with the ten lies? Was it from your personal experience, ministry observation, or a mix of the two?

Clayton: It's definitely a mix of both. I just celebrated 30 years in ministry. I spent seven months reflecting on my experience and looking at relationships I've had with pastors and friends. I’ve also looked at my own life as a guy in my mid-40s, who was an orphan before I turned 40 years old, I'm realizing that both from my own personal experience and from the people I've lived in community with that this is not a unique situation to any one group of people. We all tend to have these lies that come at us from a place of insecurity, or that come at us from our family of origin or our own personality or DNA.

Ed: So how do we replace lies with truths?

Clayton: So much of it is about developing small habits that we automate in our lives. For instance, I use the example of when my wife and I tithe to our church. In order to not forget to tithe every two weeks when I get paid, we've automated our tithe. We must learn to automate a response in our heads and our hearts when the lie attacks us. It's almost like muscle memory. When we hear the lie and begin to feel the lie attacking us, we first identify it as a lie.

I encourage people to say it out loud. One of the things that Dr. Caroline Leaf, who wrote Switch On Your Brain, and others have said is that when you speak something out loud, there is a different part of your brain that kicks into gear. Those neuropathways and neurotransmitters begin to fire. I think there is a connection scientifically with what the Bible tells us in Proverbs and other places about the power of our words and how the power of life and death is in the tongue.

So the first thing that I encourage us to do is to say the lie out loud. We can say, "That is not true. I do not believe that. God says..." And then we replace that lie with a truth from scripture. It's amazing how that lie will almost immediately begin to lose its grip on you. It doesn't automatically evaporate, but it does seem to lose its grip if we speak it out loud or whisper it under our breath.

Ed: You are now at NewSpring Church. What are some things that you're seeking to do there that enables the church to flourish and to thrive, and to see people continue to overcome?

Clayton: I love that question, because God knows all things before they even happen. The timing of me writing Overcome and my transition into Interim Senior Pastor at NewSpring were two parallel tracks of this journey that God was taking me on. A big part of our vision as our church moves forward is to teach people to walk in freedom. We want to people to be saved, freed, purposed, and to live and overflow.

As a leadership team at NewSpring, we are teaching people to identify the lies they have believed. If we believe a lie about our identity, about who we are in Christ, or about the fact that we can never be forgiven, we will actually be held back in bondage. But our desire as believers should be to live the abundant life that Jesus promised us.

So one of the things that we're teaching at NewSpring now is that if you're a Christian, then Satan cannot steal your eternal life. But he can wreck your abundant life. This a big distinction, because so many people are afraid that they may lose their salvation if they believe a lie or fall into a sin. But the Bible says that we belong to Jesus and He holds us in His hand. The Father holds us in His hand. Nothing can pluck us out.

So the enemy, Satan, who in John 10 is called a liar, a stealer, and a thief is a murderer. John 10:10 says that the thief comes to kill, steal, and destroy. So these lies do come from the enemy. If we can replace the lies with truth, then we can walk in freedom. That's really the direction that we're going as a church. That's what we're trying to teach our people. Jesus doesn't just want to save you from your eternal consequence of sin, He wants to also free you up to walk in an abundant life right now.

Join the conversation on Facebook
Tags:
None
Posted:
July 24, 2017

One-on-One with Clayton King about Overcoming the ...