Politics, Elections, and Christians: Reconciling the Church after the Great Divide of 2016

Have you allowed election speech to replace the speech of the 'elect'?
Ed Stetzer 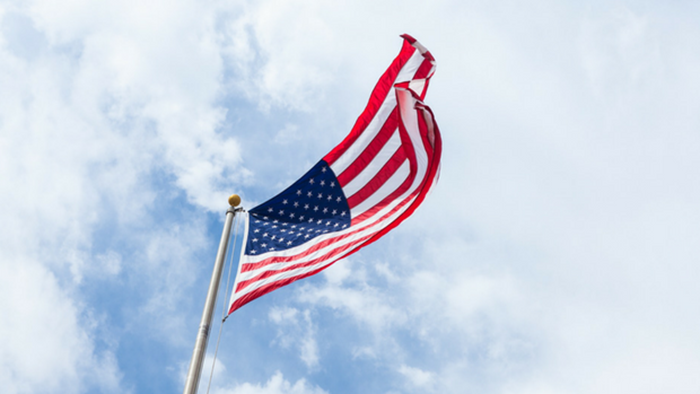 The 2016 American presidential election divided the nation and many churches in a way that is unprecedented. It may seem like a long time ago, but the effects linger, often continuing to cause deeper wounds than we know.

The nation, it appears, is becoming more divided right now. As it does, I’m hoping the church can become more united—even as the politics of our nation polarize.

But, it is in the church as well, so let’s start there.

We have a lot of work to do to regain our civility, reconcile with our brothers and sisters, and establish peace in the Body of Christ. The world is watching, and they were pelted by the mud we threw. They saw us ostracize people who voted for “the other guy.” They heard us call people “Satanic.”

Now that it is over, we must learn from the chaos and mend relationships. If we do not, we further damage our witness in a world that is short on love and truth and long on hate and lies. It is long past time to deescalate. Here are a few things I believe we need to do to heal the disunity and move forward as a healthier Body of Christ.

The Church has a mission. Pushing political agendas is not that mission.

We are ambassadors, calling people to a right relationship with God through Christ. We have opinions on various issues, and even biblical positions on some of those issues. But we are not here primarily to debate healthcare reform or immigration policy. In the field of politics, there might be a space for rhetoric and characterizations, but this is not so in the Church.

We aren’t here to bully people into our way of thinking with insincere speech. We offer Christ, mercy, love, peace, and truth. There is little to no room for these elements in American politics, and we must not be willing to leave them at the door because we want to join the fray. There is a Savior, and there is an enemy. And neither of these are named Hillary Clinton or Donald Trump. The person serving next to you in the usher team is not the spawn of Satan because he or she voted for the person you voted against.

So we need to quit treating them as such. If they are purchased with the blood of Christ, they have the same access to the Father you do.

If you have allowed election speech to replace the speech of the “elect,” repent now. It’s not too late to shake off the dust of 2016 and get back on point.

This is specifically directed toward leaders. It is good and even important to have ideas and positions on certain matters. You should be able to speak wisely and intelligently into matters of great importance. People look to you to help them form a biblical and Christian worldview.

But the pulpit should not become a political stump, and we cannot misuse our position just to score points. We as Christian leaders should have a compassionate approach to the unborn, immigration, and other social issues. These things are dealt with in scripture, but they are not always as simplistic as we like to make them. The same Bible that commands us to care for the least of these also tells us that if a man refuses to work, he should not eat. It takes care to bring clarity, and sound bites typically don’t cut it.

In other words, we need to be speaking on these things from a balanced biblical perspective, not as if we are the spokesperson for Bernie Sanders or Donald Trump.

If people now see you as a political pundit rather than a minister of the gospel, repent and preach the word.

People vote for complex reasons, many of which we don’t like, but their choices often do not line up with our choices (or the decision process we made to get to our choice).

When we misrepresent a person simply because he or she chose a candidate of which we don’t approve, we create a toxic environment in the church that does not allow for civil dialogue and hurts the opportunity for reconciliation. This falls under the “Do unto others” mandate of Christ.

If you have unfairly hurt people with labels, repent and build up your brothers and sisters.

One of the worst things that arose during the 2016 election was the sharing of false news stories in order to influence voters. This was not primarily to cause a person to switch sides. Rather than leading people to change their vote, these fake/false news stories entrenched people in their own side.

It became easier for good people to think bad things that weren’t true and lash out against the other side. And Christians became a part of this sharing of false information. Many of the stories were literal lies fabricated to deepen the line in the sand. And in the worst cases, they were about increasing web traffic so that willfully dishonest people could make advertising dollars off those of us that enjoyed the thrill of spreading rumors.

Let me be clear: There is absolutely no excuse for Christians to bear false witness. And when you share a link that has a ridiculous and damaging story without verifying that it is true, you’ve broken one of the commandments. Not only is this unhelpful in the political arena, but it puts a stain on the Church.

If your reputation has taken a hit because you were slinging mud, repent and wash your hands so you can be a clean vessel for God to use.

In Ephesians 6, when Paul talks about putting on the armor of God to fight the devil, he isn’t thinking of a political candidate. He isn’t speaking at a campaign rally. In fact, he interjects into the middle of his thought that “our battle is not against flesh and blood, but against the rulers, against the authorities, against the world powers of this darkness, against the spiritual forces of evil in the heavens.” We go wrong when we try to put a contemporary face on spiritual realities. Certainly, spiritual powers can influence and even invade people and groups; however, it is important for our integrity and unity to not tag a person as the enemy, whether it is a candidate or a congregant.

If we will avoid these pitfalls, and repent of any missteps we made in 2016, we can move forward with a better testimony and bond with our fellow believers.

I am not sure how to bring the country together. But, we have to bring the church closer together—even when we disagree on policy.

A divided nation is a tragedy. But a divided church is a travesty. We are one body and it’s time to get back on mission.

Join the conversation on Facebook
Tags:
None
Posted:
July 26, 2017

Politics, Elections, and Christians: Reconciling the Church after the Great Divide of 2016