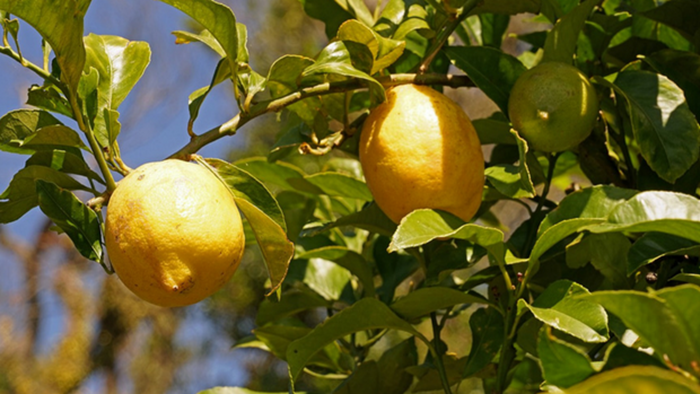 Jesus always seems to say things that hit straight at the heart and make you squirm.

For as long as I can remember, I had been extremely bothered by one of His affirmations: “If you remain in me and I in you, you will bear much fruit…”

Not so clearly. Yet He does expect not just “some fruit,” but “much fruit.”

A few verses later, in John 15:8, Jesus will go as far as saying that bearing “much fruit” will serve as a sign of a true disciple because the plentiful harvest will bring much glory to the Father.

A couple years ago I had been pastoring full time for almost a decade and my heart was beginning to feel a deep sense of anxiety. I was awakening to my lack of competency and my scattered focus. I was truly bothered by this lack of “much fruit.”

Don’t misunderstand me. For our small, mainly Mexican, immigrant congregation on Chicago’s west side, we had done well. We love our neighbors and God has granted us a thriving ministry with a truly influential presence in the life flow of our community.

Externally, our church has surfed a constant wave of growth. A couple of times in those ten years we had gone through the cycle of growing our attendance to the capacity of our building, leading us to plant congregations in other areas of Chicago’s southwest side. Over those ten years we’ve baptized an average of 30 people per year. On top of that, together with a couple of other partners, our church has begun to plant congregations in other parts of Latin America.

Yet down deep in my soul, I knew that we, and I as a pastor, were nowhere near Jesus’ “much fruit” expectation. And that bothered me...much!

A battle had been looming in my heart. After all, we are a church in America. When all things have been said and done, we are not so bad. Perhaps we could be considered, if not “a great booming church,” at least a “lively community” church or so. And hey, maybe I could ride that wave into speaking at conferences, or writing articles… all the while feeling okay about a mediocre harvest.

But what would that be? Is it not an empty shell, a childish game that we are constantly tempted to play! If the Lord of the harvest expects, desires, and promises “much fruit,” then that is what we must pursue. Shouldn’t we seek to give our Lord what He desires?

My heart ached and still does to give my glorious King “much fruit”—all the fruit He desires!

At the end of that first decade of ministry I found myself losing my compass. What American Christianity has taught me to aim for and what Jesus clearly desires seem to be two very different things. I no longer wanted to be content with a meager harvest.

I confess, my fire had gone out and I did not know what to do.

My frustration was met with God’s graciousness during a time when our citywide church was engaged in a period of prayer and fasting. God answered my angst, and it was just what I needed.

The answer came in the form of a trip to Nicaragua, where I would not speak or be known at all. All I would do is shut up, sit, and learn along many other Nicaraguan believers at a T4T training. I took in the same 16-hour training three times in one week in three different far off communities. Two eight-hour days for each training three times in a period of seven days. It was like being in a blender.

Most importantly, every day I sat down and learned fresh ways for loving the harvest next to many humble brothers and sisters, some who could hardly read or write, but who truly love the Lord of the harvest. They travelled far at great personal cost, and were willing to try anything suggested in the trainings.

Throughout those hours of training, it became clear that in order to love the harvest, three changes of heart would have to take root in me. I am now convinced that these attitudes are changing my view of the harvest to a love I had never known.

I found that, first, I had to repent from a harvest-less life. It all begins at a true self-evaluation.

Then, I had to humble myself, my Bible-university-seminary-trained-years-of-preaching self in order to learn the skills that, clearly, I did not know.

Finally, I would have to change my passions to loving the Lord of the harvest and His harvest above many competing loves and interests.

I still remember the moment while sitting at one of those trainings in a hot and unbearably humid day, at a little chapel under a tin roof, when the Holy Spirit came on me and pressed on my heart. It almost felt like a heart attack. I think He wanted me to envision what Jesus means by “much fruit.” But my low expectations had been so deeply rooted…

The contrast was so vivid that I began to weep and I asked to be excused.

I walked out alone on a little path along a very rural area. As I walked, I wept and repented before God for my lack of care for His harvest.

Eventually, I arrived at a place where the terrain was still marked by a river that had dried out many years before. On the other side, there were the biggest corn stalks I had ever seen. I sensed the Holy Spirit speaking into my soul, “On the other side of your dry river there is a mighty harvest like you have never seen before.”

So I crossed the river and admired those amazing stalks.

Further along, I found myself at a place where a volcano came into clear view. Again, I sensed the Holy Spirit speaking into my heart, “This volcano is sleeping, but if it were to awake, it would reach every community around it with its fire.”

I came back home a few days later. I am no longer frustrated. Today, I am much more focused. My heart has been ignited with a fire that many throughout our world share. Those are our brothers and sisters who will do anything to give our king “much fruit.”

Paco Amador pastors the New Life congregation in a Mexican immigrant neighborhood in Chicago. He enjoys running, dancing with his four daughters, wrestling with his three sons, and bike riding through the city. Pastor P and his wife, Sylvia, have been married for 20 years.

Join the conversation on Facebook
Tags:
None
Posted:
July 5, 2017