It’s past time the ongoing divide between justice and evangelism was broken down.
R. York Moore 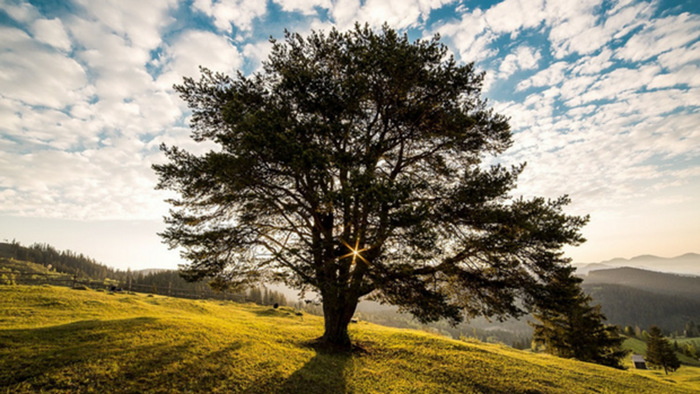 But what if the Western mind is wrong? What if we have superimposed a set of assumptions about storytelling that are not universally true? If that were the case, then all kinds of things would be ‘off.’

Christian theology, which is mostly the telling of the story of God, is not a Western construct, but because we have thought it so and made it so, we superimpose all kinds of assumptions onto it.

There is a concept in the wild world of storytelling referred to as a ‘polarity.’ Polarities are not native to Western thinking; in fact, it kind of rubs us the wrong way when we encounter them. A polarity is the durable tension that exists between two things that are, in fact, on opposite ends of a spectrum but are not intended to be resolved.

Polarities are not either/or realities, not tensions to be resolved or problems to be fixed. Polarities are durable points of tension to be embraced and lived into. Simple examples of polarities include the need for large and small forms of spiritual expression and interaction, and the personal needs of individuals and the needs of groups or societies.

In these and many other illustrations, there shouldn’t be a problem with affirming the ‘poles’ of the polarity. Of course, there are differences in gathering for corporate worship with thousands of people and intimately sharing our faith-journey in a small group—that is a good thing! Of course, there is a difference between caring for individual needs and engaging in the needs of communities—both are important.

In simple polarities, we see the need for a both/and approach without much persuasion, but in more complex polarities, we often hesitate and figure we must choose. When we do this, our faith tells the world a story that is off. It becomes derailed from the story of God and eventually prevents people from coming to Jesus.

When we seek to separate justice and evangelism, what we are actually doing is destroying the beautiful both/and story of God. All kinds of things get ‘off’ when we fail to live into the tension of the polarity between doing justice and seeking to save the lost. We reinforce the assumption many have that there should be a dichotomy between caring for people and people groups or engaging systemic, temporal suffering verses eschatological damnation.

Paul’s reminder to the Thessalonians helps us see the complexity of the gospel’s polarity beautifully: “…because our message of the gospel came to you not in word only, but also in power and in the Holy Spirit and with full conviction…” (I Thess. 1:5a). This is not a list of four ways the gospel came to these people, but rather the nexus of a complex polarity. Paul is saying that the Thessalonians can be sure of their salvation and confident in the promises of God because when they came to Jesus they did so through a holistic gospel.

The gospel of their salvation was found at the center of the speech act of proclamation yet accompanied with expressions of power, delivered from people of deep, invested conviction yet originating from the very Spirit of God. This human/divine gospel comes through words and power. The marriage of these two polarities in this first book written by Paul concerning how the gospel comes to people and people groups shows us the beauty and complexity of the story of God.

Social justice is the theme song of the story this generation; yet, they have not seen how the gospel intersects their longings for a world made right. If the gospel is going to be received in the West, it cannot be the myopic, radically individualized message of yesteryear. Not only is this message ineffective, it is unbiblical.

No, the gospel’s beauty and believability for today is seen in the nexus proclamation and power, of divine wisdom and human conviction. In that nexus, we realize how the gospel is good news for those suffering under the tyranny of transgenerational, racialized systems of poverty; we hear the declarative power for those modern-day prisoners of human trafficking; we restore sight to those blinded by the power of materialism and greed; and we release those oppressed by the political, financial, and social structures that deny them God’s call to flourish and fill the earth.

All this can and must be done while announcing the forgiveness of sin and salvation from the damnation that is coming upon the earth through repentance and allegiance to the Lordship of Jesus. The gospel is a both/and message and when it is accompanied with the Holy Spirit’s presence, demonstrated in power and declared from people of deep conviction, it is a story worth believing.

R. York Moore serves as National Evangelist for InterVarsity USA. He is the author of Growing Your Faith by Giving It Away! and Making All Things New. As an abolitionist, York has helped create state laws, corporate policies, resources, and a national dialogue concerning human trafficking. York came to faith as an atheist while studying philosophy at the University of Michigan. He holds an MA in Global Leadership from Fuller Theological Seminary.

Join the conversation on Facebook
Tags:
None
Posted:
June 15, 2017