This is a generation starving for community.
Alvin Reid 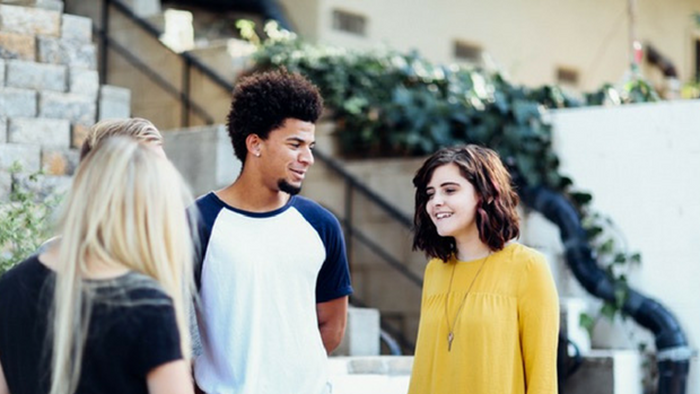 When it comes to the next generation, I’m sure of two things:

1) We aren’t too effective today at reaching (or keeping) the next generation.

2) The Gospel still works powerfully in any generation.

How do we share Christ effectively to a generation not impressed by the Church today? Here are five ideas.

1. Give them unchanging truth, differently.

The Gospel doesn’t change, but how we apply the Gospel to our changing culture is vital. In Acts 2, Peter proclaimed the Gospel, quoting the Old Testament as he proclaimed Jesus as the Messiah. But in Acts 17, Paul stood before pagan philosophers, citing a hymn to Zeus and starting with creation. Why the difference? Peter spoke to devout Jews, while Paul preached to Gentiles.

The next generation we seek to reach lives in a world like Athens, not Jerusalem. The grand narrative of Creation, Fall, Rescue, and Restoration offers the epic story of how Jesus’ work on the cross does more than get us out of hell; the biblical story centered in Christ affects every aspect of life.

In my own witness I’ve seen more unchurched young adults come to faith through sharing the great Gospel story than I’ve ever seen using a scaled-down, propositional outline.

2. Focus less on behavior and more on wonder.

I met a young lady in her 20s who represents many in her generation. She grew up attending church. In college, she reflected on her years in youth group. “I remember two things,” she told me. “Don’t have sex, and invite a friend.” Behavior modification has marked much of the focus of ministry to the next generation.

Let me remind you that the Bible is not mainly a book of morality but of reality: it reveals to us who God is and what He is doing in the world. Morality matters, but that’s an effect of the gospel, not its essence.

In Acts, we see a new generation reached for Christ. Terms like astonished, awe, marveled, wondered, great fear, and others abound. Today, the next generation experiences these more in movie theaters than in Christianity. Paul David Tripp in Awe argues: “God intends every moment of ministry to inspire awe of himself in his people.” We must help the next generation see the reality of a supernatural God at work in our world.

3. Call them to surrender, not survival.

The problem does not seem to be that churches are teaching young people badly, but that we are doing an exceedingly good job of teaching youth what we really believe: namely, that Christianity is not a big deal, that God requires little, and the church is a helpful social institution filled with nice people focused primarily on ‘folks like us’—which, of course, begs the question of whether we are really the church at all. (Almost Christian)

When I speak to the next generation, I like to remind them how following Jesus doesn’t simply mean you have Christ in your life; it means He is your life. Young people at 15 sacrifice everything to win gold medals in the Olympics. Teens learn trigonometry in high school; they can learn theology in church. We need to stop giving bare-bones Christianity aimed at children and dish out a robust, life-altering message to young adults instead.

Jonathan Edwards observed the Great Awakening was propelled by and influenced mostly young people. Too many young adults see the Church as an agent aimed at behavior modification and conformity to a set tradition rather than as a living encounter with a resurrected King.

4. Teach them about vocation as well as devotion.

We have to rescue the coming generation from the problem of compartmentalizing our faith. Studies show that Millennials who have remained active beyond their youth are three times more likely than dropouts to say they learned to view their gifts and passions as part of God’s calling. They are four times more likely to have learned at church “how the Bible applies to my field or career interests.” Showing how the Gospel impacts all of life and not only our spiritual lives is vital to this generation.

5. Emphasize community over the institutional church.

This is a generation starving for community. It’s a fatherless generation, one often connected more on the internet with virtual community than enjoying real community.

I’m blessed to serve as a bivocational pastor of a young professionals ministry that has exploded with growth over the past several years. The above principles have been critical in that growth. I hope these will encourage you as you seek to reach the next generation.

Want to learn more about the next generation & evangelism? Join us for Amplify 2017 this June 27-29, where we will have an entire track dedicated to the next generation. Speakers for the track include Mike Dodson, Victor Flores, D.A. Horton, Eric Redmond, and Alvin Reid. Register today to reserve your spot!

Alvin L. Reid is Senior Professor of Evangelism and Student Ministry at Southeastern Baptist Theological Seminary and author of numerous books, including Sharing Jesus Without Freaking Out (2017) and As You Go: Creating a Missional Culture of Gospel-Centered Students (2013).

Join the conversation on Facebook
Tags:
None
Posted:
June 5, 2017