Steward the influence God has given you.
Ed Stetzer 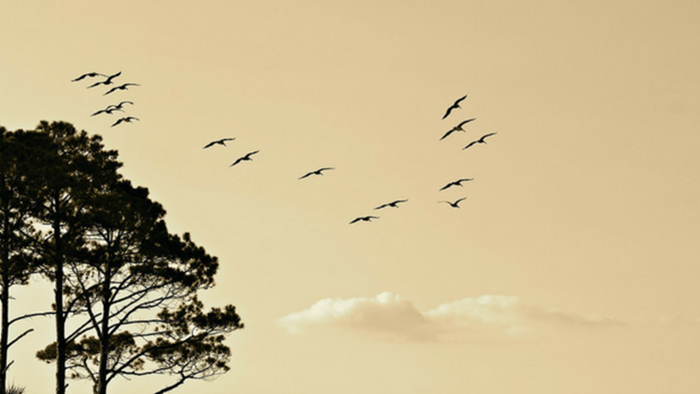 This article originally appeared in the March/April 2017 issue of Outreach Magazine.

If you are reading Outreach magazine, then you likely have a leadership position of some kind, either as a senior leader or as a lay leader. And those under you likely have leadership responsibilities; and if they don’t yet, they may in the future.

Over the years, I have found that it is both a tremendous opportunity and responsibility to be a leader of leaders. It is a gift to be given the chance to influence a generation of leaders who will come up behind us and do great things for the kingdom.

But one of the responsibilities associated with this calling is to manage our own influence. To say it clearly, wisdom is needed to both manage and extend influence. Whether you are a bishop, a district superintendent, or a pastor, when you lead other leaders, it is only wise to consider how you are stewarding your own gift of leadership.

I think of this in terms of capacity. When we are talking about stewarding influence, leaders have a credibility tank. We can spend that credibility on a lot of different things, and we must choose wisely how we expend our credibility tank. Here are some ways you can be a better steward of the influence God has given you.

Pick Your Own Fights

You don’t have to show up for every fight to which you are invited. Let me be honest: People want you in a fight. Even as I go to speak at various events, people will come up to me and say, “I’ve got a guy who has this problem. What do you think I should do?” And of course they tell me just enough that I would agree with them so that they can then go back and say, “I talked to Ed Stetzer and he said you’re wrong.” I then get an email from this person I’ve never met who is wondering why I took the other side.

Know that there are those in your care who want you to agree with them after they have given you a limited amount of information. By engaging in these kinds of “fights,” you spend your influence on something you shouldn’t be spending your influence on. When we weigh in on matters, we must do so judiciously and carefully, because there are times when we will need to spend our influence on important, big picture issues, instead of petty disagreements.

Pick Your Own Response Time

What I have found is that most (not all) crises resolve themselves within 24 hours without my involvement. Sometimes, allowing people to work matters out themselves is the best thing we can do. And often, if they do sit down and try to work it out, they will. So sometimes, stewarding our influence means waiting to respond.

The caveat is that there are situations in which you need to respond immediately. This is called good pastoral care. But it is critical to remember that people will want your influence before they need your influence, and if you give them that influence, then you may wind up losing influence.

Your Reputation Follows Your Influence

Your influence is given by God. If you are not careful to manage it as you should for God’s purposes, others will misuse it for their own agendas. Some people don’t have the influence you do, but they want it. Some people will hijack your influence and leave your reputation damaged.

We want to be like E. F. Hutton, a financial advisor featured in commercials years ago. The commercial would show many people carrying on conversations throughout a room; however, at one point everyone stopped to hear one private conversation. Everyone leaned in to hear what words of wisdom one man would drop. The tagline read: “When E. F. Hutton speaks, people listen.”

We should be this person of whom others say, “When _____ talks, we’re going to listen. This only happens when we steward our influence well. We’ve saved it for things that matter most. A leader who has wasted his or her influence is a leader who is putting out fires instead of starting fires under people.

Don’t spend your time on things that keep you from the things you are called to do. Make your influence count in the kingdom. Responding well is better than reacting often. Influence is burned through reaction. It is built through a correct response.

Ed Stetzer holds the Billy Graham Distinguished Chair of Church, Mission, and Evangelism at Wheaton College, is Executive Director of the Billy Graham Center for Evangelism, publishes church leadership resources through Mission Group, and is a regular contributor to Outreach Magazine.

Join the conversation on Facebook
Tags:
None
Posted:
March 31, 2017