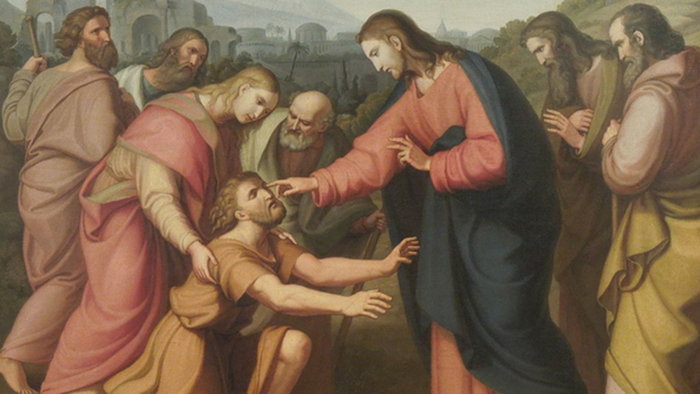 A few years ago I found some relevant wisdom on evangelism and spiritual transformation in an unlikely place: Forbes Magazine. The article was entitled “The 3 Most Powerful Ways to Change People Who Don’t Want to Change,” by therapist and life coach Kathy Caprino.

Over the years, she has studied the root causes of behavioral roadblocks and why people have such a hard time changing, even if it is likely to improve the quality of their life. Whether trying to lose 20 pounds, successfully quit smoking, or even just flossing each day, most people fail to reach their goals.

To show that there are ways to help people successfully make changes, Caprino cited an experiment documented in a YouTube video done a few years ago by behavioral scientists David Maxfield and Joe Grenney.

In it, two 12-year-old boys tried to persuade smokers they encountered on the street to stop smoking. Their first approach was to hand out tracts on the dangers of smoking to every person with a cigarette in their hand and try to explain to them why they should quit smoking. The researchers followed up behind the boys, and found that 90% of the recipients had responded negatively and resentfully. They called this the “lecture approach.”

Then, the two boys were sent out again with what they called the “influential question” approach. The boys had cigarettes in their own hand and asked anyone they saw smoking if they would give them a light. Almost every time, the smokers declined to give them a light and told the boys why they shouldn’t smoke.

The boys would follow up with another question: “If smoking is bad for us, what about you? Why are you smoking?”

In this second approach, you see a receptivity and a dialogue unfold where the smokers are open and more receptive to talk without defensiveness. When the researchers followed up with this second group of smokers, 90% of these smokers committed to try to stop smoking! What a difference in the two approaches. But why did the second approach work?

One of the biggest mistakes we make is ‘attacking’ people with information and lecturing them. We assume that if they knew more, they would change. Instead, he says, “When you’re trying to influence people who need motivation, not information, don’t offer more information. Instead, work to create a safe environment where they can explore motivations they already have.”

The way to do this is not with speeches, but with good questions. The boys allowed the smokers to feel safe and to acknowledge their own ambivalence about their behavior. The premise is that if we stop forcing people to take the wrong side of the argument by lecturing them (psychologists call this “reactance”), but instead use questions to explore their own motivations at their own pace, we’re much more likely to see them open up to our point of view.

How does this relate to evangelism?

Our tendency as Christians is to use a lecture approach. It’s not that a lecture approach is bad or wrong. If 10% of the people who hear the information about the gospel will receive it, then when appropriate, we should continue with that approach as God leads. The Apostle Paul reminds us in 1 Peter 3:15 that we should “always be prepared to give an answer to everyone who asks you to give the reason for the hope that you have. But do this with gentleness and respect.”

In church services on Sunday, or when the Holy Spirit prompts you to personally share the gospel, if someone is expected to preach the gospel or asks you to give a reason for the hope you have, the lecture or ‘telling’ approach is appropriate and effective. People are showing you they are ready to receive that information.

But if the other 90% are more receptive to a question approach, then we should also be ready to adjust our personal evangelism style by asking influential questions. This enables people to safely explore what they believe in respectful dialogue.

While we see both approaches in Jesus’ earthly ministry, He was a master at the question approach, asking more than 300 questions in the four Gospels.

For example, in Mark 10 we read a remarkable exchange between Jesus and Bartimaeus. Bartimaeus, a blind man, was sitting beside the road as Jesus walked by, shouting for his attention over the din of a crowd. Others told him to be quiet. But when Jesus heard him, he stopped, told the people to bring the blind man over, and asked him, “What do you want me to do for you?” (Mark 10:51).

Jesus didn’t ask many questions, or even a particularly profound question. His question was simple. Rather than assuming this man wanted to be able to see, Jesus asked a question that allowed Bartimaeus the dignity of communicating what he most desired—to see.

And in that moment, Bartimaeus was given the chance to reveal his faith in Jesus as He healed him.

How about you? Are you attentive to the Holy Spirit’s leading and prepared to use a question versus a lecture approach some of the time? Like Jesus with the blind man Bartimaeus, we may find that the influential question approach often gives others a better chance to reveal their deepest need and make faith decisions that will ultimately transform their entire lives.

Mary Schaller is president of Q Place, a ministry that empowers Christians to engage in meaningful conversations about God with people who believe differently through small groups. She was an entrepreneurial marketer and founder of three technology-related business ventures and then minister of small groups at Menlo Park Presbyterian Church. She has an M.Div. from Fuller Theological Seminary. She is the author of How to Start a Q Place, and the co-author of The 9 Arts of Spiritual Conversations.

Join the conversation on Facebook
Tags:
None
Posted:
April 6, 2017