Church members make newcomers feel like a part of the family.
Christina Walker 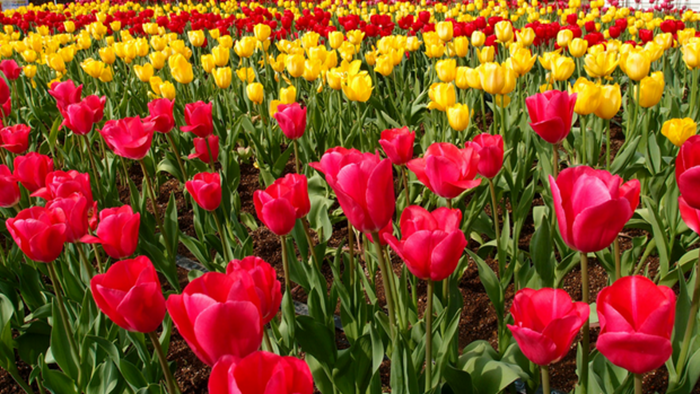 In Spring 2016, I had the opportunity to work on a research study that looked at effectively evangelistic churches. Using data from my own interviews as well as those from fellow research team members, I wanted to understand what activities help a previously unchurched person become part of a church. The research revealed a number of different answers.

Based on the interviews, however, the first and most important activity of effectively evangelistic churches is to offer a welcoming, inclusive environment most importantly on a Sunday morning, but extending into all of the endeavors of the church.

The majority of the answers from previously unchurched participants centered on feeling that the church community genuinely wanted to include them. Ten of eleven of those interviewed highlighted their amazement at being welcomed rather than encountering judgment and prejudice.

For each person, the welcome began outside the church with a personal invitation of a co-worker, classmate, or family member. Then, when they attended a church service, they often described experiencing a relaxed, friendly atmosphere, which was followed by more intentional actions on the part of the both congregants and the pastor to connect with and include them.

Finally, this welcome went beyond their initial Sunday experience into deeper, ongoing relationships in the church.

For example, at one church in the Northeast, two previously unchurched participants made special note of the Sunday morning experience, specifically that people in the service went out of their way to welcome and accommodate them as newcomers. Cindy, an older widow, shared her amazement that congregants moved their seats to make space for her and other visitors. Brian, a young man in his 20s, was surprised that along with saying hello during the formal greeting time, congregants actual sought him out after service in an effort to connect.

In the Midwest, Chris discovered that two of her neighbors who had welcomed her into the neighborhood both attended a local church. Because she was a recent transplant with no family close by, these neighbors had helped with practical things like volunteering to pick the boys up from school. She explained that the support of these new friends made her open to responding to their invitation to church.

Danny, a teenager from an unchurched family in the South, noticed that the friend who invited him to youth group was not an “in-your-face kind of Christian” but rather a “steady voice” who constantly presented Jesus’ love by the way he lived his life. This previously unchurched young man has been so welcomed by his friend’s family that he joked, “I’m there so much they could practically claim me on their taxes!” This mix of loving message and encouraging environment affected his ability to receive the gospel.

Brent, who lives on the East Coast, had only been in church for weddings and funerals and was particularly impacted by the welcome from the pastor. He noted that the first time he attended the church, the pastor “just kind of walked right up and said, ‘Good morning, my name is…’ and he was walking around shaking hands and everybody was singing…That was my first experience and it’s like, ‘Well, this was the warmest reception I’ve ever felt in the church.’”

After hearing story after story about how a welcoming, including attitude made a big impact on these previously unchurched people, I was struck by the difference in the priorities of the pastors.

The only people from my interviews who failed to mention a welcoming, inclusive environment as an important element of evangelism were pastors. Three out of six put no emphasis on the importance of being welcoming, and one offered it as an afterthought, the last in a list of many connection points. This was true even when the previously unchurched person in their congregation said that same pastor was welcoming!

Pastors understandably focused on events, which probably do create moments in time where people can be welcomed. Then again, without the corresponding relational effort at including people, the events would likely make less of an impact evangelistically. Many churches have community outreach activities; however, from the descriptions of the previously unchurched, effectiveness is related to providing a welcoming, including environment that makes them feel like church members want them to be part of the family.

This makes good sense! My own experience tells me that if I don’t feel welcome and included, I am unlikely to want to join you. And the good news is that every Christian, every one of us regardless of age, experience, spiritual gifts, or knowledge base, can participate in welcoming and including those right in our own neighborhood into God’s family.

Join the conversation on Facebook
Tags:
None
Posted:
March 3, 2017