Shut Up and Dance! The Intersection of Freedom, Art, and Gospel Expression 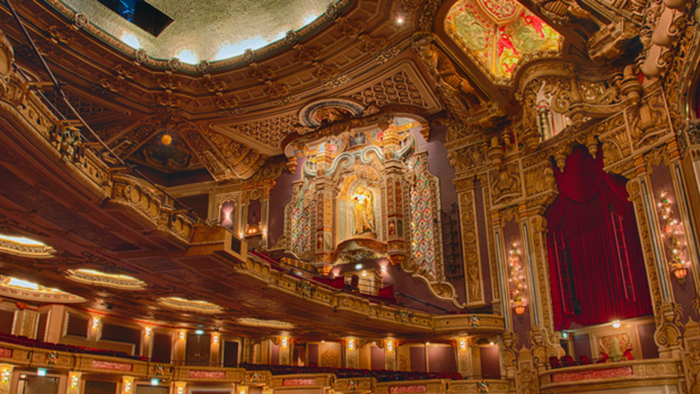 I usually don’t watch award shows—three hours of celebrities patting each other on the back just isn't my thing. But a recurring subplot has made them more intriguing. In our divided times, these shows have served as a soapbox for actors and musicians to express their political views.

The media build up to these events has become predictable. The left-leaning media enthusiastically anticipates its agenda being championed by its most prized spokespeople—celebrities—while the conservative media angrily anticipates another night of “unqualified stars shooting their mouths off on topics they are unqualified to speak on.”

Regardless of what side of the spectrum you land, it’s clear that award shows and high-profile celebrity events are ‘home court’ for the liberal agenda. The one-sidedness of the political and social rants coming from Hollywood is obvious.

Nonetheless, I applaud actors and musicians for speaking their minds, because real artists should.

In a way, this is because I am defending myself. I am an artist and an evangelist. For over ten years I have used art and music to share the gospel outside of the church, and at times, I have been criticized for doing this. I have felt the pressure to ‘stay in my lane’ and just perform.

As a gospel-proclaiming artist, I have heard it over and over again: “Art does not need to have a message.” I disagree. True art challenges the status quo and speaks powerfully to the human condition. Otherwise, it’s just wallpaper. We don’t love movies and music because they’re meaningless entertainment; we love them because they move us. All artists are saying something or taking a stand. It’s not whether your art will have a message, it’s what will your message be.

I refuse to buy into the idea that only politicians can take a stand on political issues. A healthy society makes room for its citizens, regardless of vocation, to voice their opinion without being censored. After all, to defend free speech anywhere is to defend it everywhere.

By demanding that artists “shut up and dance,” we reduce them to entertainment robots. This is a tragedy. You don’t have to agree with what they are saying or support the art they make, but by demanding silence, you are undermining a core American belief that should transcend partisan politics. It’s understandably frustrating if our social or political views are not represented by those in the entertainment industry or mainstream media, but criticizing celebrities for sharing their beliefs is hurting the cause of truth, not helping it.

During the Super Bowl halftime show, many people nervously hoped or feared that Lady Gaga would use the world’s largest platform to express her political views. When she didn’t, the conservative media praised her for “knowing her place.” When Chance the Rapper boldly shared his Christian views at the Grammies, he was celebrated, not chastised, by the right-leaning media. The hypocrisy is clear.

Ultimately, it seems that our objections have less to do with who should be able to speak, and more to do with whether we agree with their perspective or not. As an American and a Christian, I am for celebrities using their platforms to express their views.

As Christians, we shouldn’t be afraid of opposing worldviews, and we certainly shouldn’t demand that those we disagree with stay quiet. Rather, we should defend our right to speak the truth, and then speak it!

If our view is the correct one, then we have nothing to fear. Silencing the opposition is not the answer—speaking the truth in love and with God’s power is. Instead of criticizing celebrities for sharing their political views on award shows, let’s pray that God would raise up more Christians, like Chance the Rapper, with big platforms which can openly share the gospel to the world that desperately needs it.

And, if it’s just too unbearable to watch celebrities ranting on award shows, you can always turn your television off.

Ben Pierce is the Director of Come&Live!, a worldwide community of artists boldly using their God-given talent to share the revolutionary message of Jesus with those who have yet to hear it. Ben is also the lead singer and guitarist for “No Longer Music,” an evangelistic music and theatrical production group that uses the stage to communicate the gospel of Jesus in nightclubs, city squares, and festivals to young people who would never step foot into a church.

Join the conversation on Facebook
Tags:
None
Posted:
March 15, 2017

Shut Up and Dance! The Intersection of Freedom, Art, and Gospel Expression

expand
Shut Up and Dance! The Intersection of Freedom, ...