Churches need to be planted and then quickly need to plant other churches.
Ed Stetzer 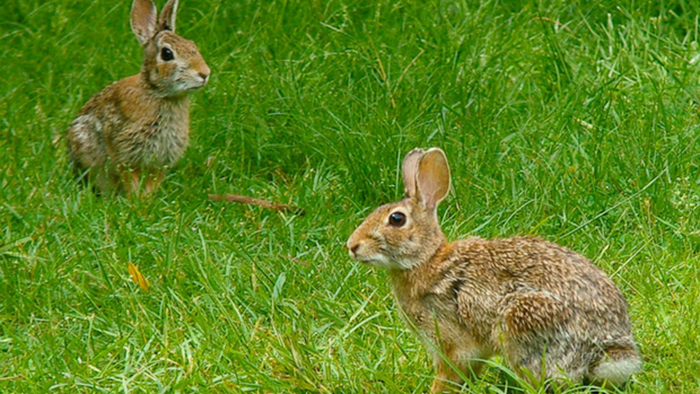 In order to start a movement and plant 1,000 churches in your lifetime, you need to think about church planting through the lens of rabbits and elephants. Years ago, I remember preaching at a conference where I felt like the odd man out. It was like that song from Sesame Street, “One of these things is not like the others...” The conference was on church planting, but it seemed like every speaker had started a church that had grown to at least 5,000 people—and some 25,000.

When it was my turn to preach, I decided to shoot straight and say it like it was. “Now listen. This is probably not what you’re going to experience when you plant a church. When you drove onto this campus, you drove on four lane roads called ‘Purpose Drive’ and ‘Saddleback Parkway.’ When you got out of your car, people greeted you and music was playing in the background. And now look, you’re with 5,000 people in this room.

Don’t get me wrong; I don’t want to deter your faith. I don’t want to be that guy. But I need to be honest with you. This here can actually distract you from what God has called you to do. If you’re not careful, this conference can become ministry pornography for you—an unrealistic depiction of an experience that you’re never going to have, and one that distracts you from the real and amazing thing.”

As long as your goal is to plant a single, solitary elephant church like Saddleback, you’ll never get to 1,000 churches in your lifetime. We need more rabbits, without dismissing the elephants. (The Saddleback “elephant” has planted lots of churches, too.)

Yet, for a movement, we need rapid reproduction, not slow addition.

Churches need to be planted and then quickly need to plant other churches. And, yes, they can grow to be elephants, but they need to start with a stronger focus on reproduction, early and often.

Consider this fact. Elephants have the longest gestation period in nature. After getting pregnant, a female elephant will carry her calf inside of her for nearly two full years! It’s almost unheard of for more than one calf to be born at a time. Upon birth, the calf is able to immediately stand up on his or her feet and walk a few steps.

This 260-pound “baby” will feed on  his or her mother’s milk for about six months. At that point, the calf will begin transitioning to solid food, while continuing to nurse until age three. This whole cycle won’t start again for the mother until her calf is fully weaned. And for the calf, it will take 15 years before he or she begins his or her own reproductive life.

Let’s now take a look at the reproductive life-cycle of a rabbit. The gestation period for a rabbit is usually a month. At birth, a single female rabbit will typically expect not one, but up to 14 babies per litter. Within minutes after giving birth,  it’s possible for a female rabbit to be impregnated again. That means a female rabbit can potentially have one litter per month! And as early as six months into their life, rabbits will begin reproducing.

Now, don’t paint us as anti-megachurch here. As I write this, I am the interim teaching pastor of the oldest extant megachurch in the Protestant world, Moody Church. It has 3,700 seats and occupies entire city blocks in downtown Chicago. But, I can assure you, Moody Church knows that in its church planting strategy, the goal is not to plant more Moody Churches (though we would not be offended if some ended up that way!).

While there is definitely still a place for lengthy, elephant-like approaches to church planting, if we want to see movements of churches that birth 1,000 each in their lifetime, then we need to “breed like rabbits.”

This is an excerpt from the newest book that I wrote with Daniel Im, 1000 Churches: How Past Movements Did It—And How Your Church Can, Too. You can learn more and download it for free: newchurches.com.

Join the conversation on Facebook
Tags:
None
Posted:
May 30, 2017