We are sinful and desperately in need of rescue.
John C. Richards 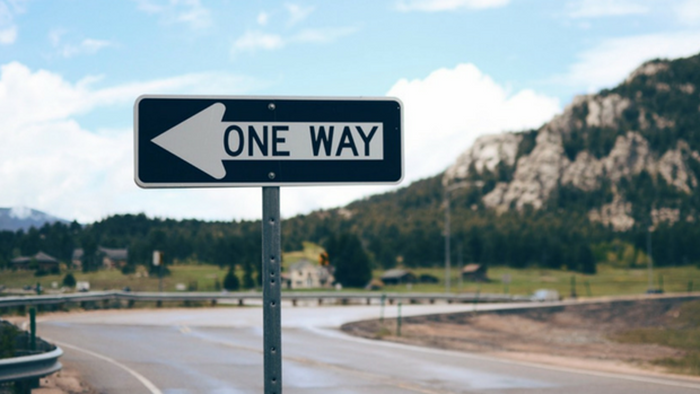 In today’s culture, claims of exclusivity are met with the resistance of a tired toddler pushing back a plate of broccoli. This is especially true of religious claims. Religious pluralism is more palatable for Western society and this worldview rules the day.

Pluralism posits that there is more than one valid religion and that no single religion has a monopoly on truth. It asserts that there are many paths up the same mountain. Ultimately, so the claim goes, we’ll all meet at the top in our respective spiritual journeys.

When it comes to religion, the word exclusive is synonymous with bigot. Even worse, Christians who communicate the exclusivity of their faith are castigated and dismissed.

When a religion claims to have the market cornered on divine inspiration, its disconcerting. Our culture is more comfortable with the blind men and the elephant analogy—where each religion represents a blind man touching a different part of an elephant, never having the whole picture. This analogy positions those who take the pluralist position as having the full view of the “elephant.” Ironically, this position leads to its own truth claims. In fact, the pluralism perspective finds itself steeped in the same intolerance and exclusivity that it despises and rejects. We know the truth…and it is found in a little bit of every religion. Embrace it. Live it.

Anyone who thinks differently is closed-minded. And Christianity finds itself in the dead center of religious critics’ bullseyes. Why so much antagonism toward the Christian faith? It may stem from the words of Christ. Perhaps the nine most disorientating words in Scripture are found in Jesus’ words in John’s Gospel: “No one comes to the Father except through me” (John 14:6).

Jesus makes a no-doubt statement about His position and role in God’s redemptive story. “I’m the only shot you’ve got,” he is essentially saying. We like choices, but when it comes to our redemption, Jesus doesn’t give us any. The gospel is an exclusive message in an inclusive world. And we’re called to share that exclusive Jesus with others. Truth and exclusivity are not mutually exclusive. As Walter Martin notes in his seminal work The Kingdom of Cults, “Truth by definition is exclusive. If truth were all-inclusive, nothing would be false.”

How might Christians best communicate this exclusivity in our religiously pluralistic context?

First, we must embrace the scandal of the gospel. The gospel is scandalous. There’s no getting around it. In fact, Paul talks about this scandal in his letter to the Corinthian church. He uses the Greek word that we derive the English word scandal from in writing to the Corinthian church. He writes, “We preach Christ crucified, a stumbling block [Greek scandalize] to Jews and foolishness to the Gentiles” (1 Corinthians 1:23).

Every Christian must embrace this truth to effectively witness to others. The gospel will offend. There’s no need to apologize about that or deviate from sharing the gospel in its entirety.

Because of the scandalous nature of the gospel, some of our faith conversations with others won’t go so well. And that’s okay. Or role in the process is the plant and water gospel seeds, trusting God with the results (see 1 Corinthians 3:6).

Second, we must serve the gospel on a full platter. Truth is always best served with a side of grace. Our culture grants exclusivity where it sees value. Apologetics—a systematic defense of one’s faith—isn’t about winning an argument; it’s about winning hearts. If that’s the case, then asserting Jesus’ exclusivity might begin at the head, but it should always end at the heart. Our goal should always be to look for winsome ways to share the scandalizing truth of the gospel with a broken and hurting world.

Start with listening. The old axiom is true. There’s a reason we have two ears and one mouth. Listen carefully to people’s reasons for rejecting the Christian faith. Listen attentively—without formulating your response in your head as they speak. Only then will you respond with the grace necessary to share the gospel effectively.

The Beauty of Jesus' Exclusivity

Ultimately, our role in sharing the gospel is showing the beauty of Jesus’ exclusivity. We need to communicate this truth: We are sinful and, whether we know it or not, are desperately in need of rescue. Our only rescue is found in Jesus Christ.

It’s a beautiful, yet harsh reality. Beautiful because it provides a tangible solution to human-kind’s biggest issue—the sin that separates us from our God. Harsh because it forces us, through faith in Jesus, to lean on someone else to bring us back into relationship with God.

Only an exclusive Jesus held out as the only way to the Father offers that. Evangelism is one-path and scandalizing. It is offensive. But it’s the call of every Christian to declare this beautiful exclusivity uttered from the lips of the same Savior who declared himself to be the way, truth, and life.

John C. Richards is Managing Director of the Billy Graham Center for Evangelism at Wheaton College. Don’t forget to join us for Amplify from June 27-29 where we will delve deep into evangelism, apologetics, and truth in a changing culture.

Join the conversation on Facebook
Tags:
None
Posted:
May 12, 2017