Baseball and the distinction between prejudice and discrimination
Michael Lee 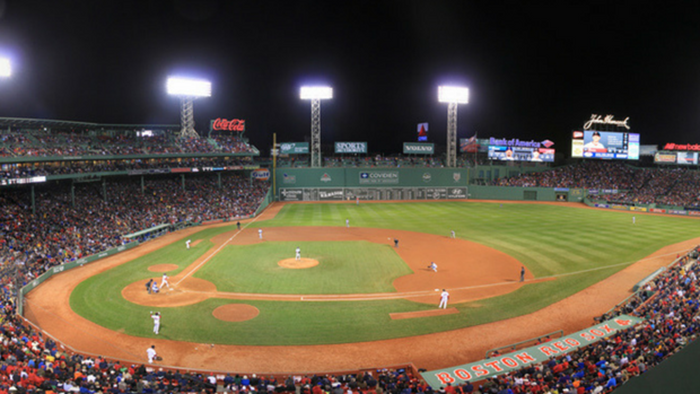 Racial and ethnic diversity among Major League Baseball (MLB) players has grown significantly since Jackie Robinson broke the color barrier on April 15, 1947. This past season, a record 259 players (or 29.8%) on the 2017 Opening Day active and inactive rosters for all 30 teams (total 868 players) were born outside of the U.S. (50 states), mostly notably from Latin America. In the 70 years since Jackie Robinson paved the way for minority players, the demographics of MLB rosters have changed drastically but, apparently, discrimination against African-Americans players persists.

At a recent MLB game in Fenway Park, Orioles center fielder Adam Jones, one of 62 African-American MLB players, reported having a bag of peanuts thrown at him and being called the “N-word a handful of times.” Afterwards, Jones lamented, “It's unfortunate that people need to resort to those types of epithets to degrade another human being. I'm trying to make a living for myself and for my family.”

Jones is not the only African-American baseball player to have expressed consternation about “a long history of these incidents” at Fenway Park. And this sort of behavior during sporting events is, of course, not a scourge particular to a specific sport or place. For example, soccer matches played in Europe and elsewhere have long struggled with the sad and conspicuous problem of overtly racist fan behavior.

To their credit, the Red Sox organization quickly issued an apology to Jones and to the Orioles for what transpired and expressed disgust for “the conduct of an ignorant few,” expressing resolve to swiftly and forcefully address such infractions in the future, including lifetime bans for perpetrators.

Well, we didn’t have to wait long to see their resolve.

The next day, after a young Kenyan woman sang the national anthem, a “middle-aged white fan” reportedly leaned over to Calvin Hennick, a “white” father who was at the game with his “black father-in-law and half-black son” and said “It was too long, and she ni****ed it up.” After confirming what this fan said, Hennick found an usher, reported the incident, and the fan was reportedly banned from the stadium. On a more heartwarming note, during the same game, Jones was given a standing ovation by fans at Fenway as he stepped up for his first at-bat.

While I agree that banning abusive fans is an appropriate step and such punitive measures will likely curb overt, public displays of bigotry (discrimination) at the ballpark, I am much less optimistic about what such a policy can do in bringing about meaningful societal change; such a deterrent does not effectively engage the deeper-level prejudicial assumptions and attitudes that often drive such dehumanizing behaviors.

As Robert K. Merton explained in his classic essay, Discrimination and the American Creed (1949), there is a distinction between prejudice (negative attitude against a category of people like Latinos or Muslims) and discrimination (arbitrarily or prejudicially denying equal rights and opportunities to groups of people), and they do not always go hand-in-hand as behaviors are influenced by different social pressures and motivations.

That is, people who harbor prejudice do not always act in discriminatory ways, and even people who may not be prejudiced against a particular group may discriminate against them under certain conditions. Merton’s four-fold typology includes the following categories:

Judging by how race continues to play a prominent role in all aspects of society—our job and housing prospects, who we befriend and marry, our experience with the legal and justice system, where we worship, etc.—the Red Sox’s statement about the conduct of “an ignorant few” understates and obfuscates the reality that the problem of race is much more prevalent and pervasive than someone yelling racial epithets.

If anything, it will simply push front stage behavior to the back stage and further privatize their prejudices. And while pushing people to keep their bigotry to themselves might seem preferable to outright active bigotry, “timid bigots,” especially those with power and influence, are far from innocuous. For example, do we really think that the prejudices of politicians and lawmakers, even if they are not broadcasted, will not influence their decisions and advocacies, or even the behavior of some of their supporters?

Baseball teams can only do so much in tackling deeply rooted and divisive social issues like racism and we should not rely on them to. If not stadium bans, what has shown to be effective in reducing racial bias? Next time, I will discuss why I believe the Christian Church is ideally situated to bring about racial reconciliation. For a preview, you can read this article.

Join the conversation on Facebook
Tags:
None
Posted:
May 26, 2017