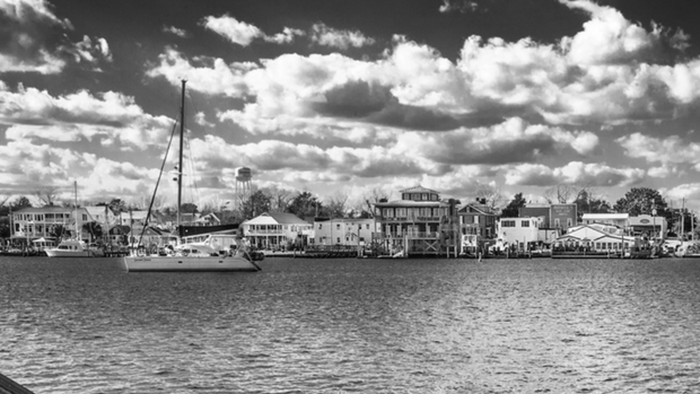 Image: One Harbor Church
Donnie Griggs is the pastor of One Harbor Church, a church he planted in Morehead City, North Carolina, which has now grown to a multisite church that has planted churches in neighboring rural communities. Donnie has a passion to see churches in small towns and rural areas equipped and empowered to radically engage culture and make disciples. He is the author of Small Town Jesus and travels frequently to help strengthen and encourage other church leaders and planters in small, rural communities.

A pastor or church planter in a small town who wants to make a long-lasting impact on the community will need a strategy to develop good leaders. What should you be looking for?

Leaders Who Are Reliable

Paul tells Timothy in 2 Timothy 2:1-2 to, “Entrust to faithful men who will be able to teach others also.” You can't "entrust" things to people without knowing you can trust them! And this is not something you can learn in an interview.

Finding out if people are reliable takes time. You have to invest in them and watch to see what they do with what they've been given. Jesus said that those who are given more are those who have been "found faithful." Don't skip this simply because you really want them or need them. These are people, God's people, who are being led, and He wants reliable people leading them.

Leaders Who Love Your Small Town

If you bring leaders in from the outside without vetting them for your context, you are playing a dangerous game. A love for your small town is imperative for everyone who is a leader on your team. Snarky comments and cynicism that come from someone who feels ‘stuck’ in your small town will cause long-lasting damage to the ministry you are trying to build. If they don’t love your small town, don’t give them a platform from which to trumpet their poor attitude.

Leaders Who Love Your Church

Leaders who don’t share your vision for the church you are leading can be very harmful. However, many pastors and church planters I meet don’t have a clearly defined philosophy of ministry or a process of making sure potential leaders agree with it. If you are only looking for doctrinal alignment, things will get ugly fast. There are plenty of great people that agree with me on doctrine, but would be horrible leaders in the church because we don’t share the same philosophy of ministry.

Perhaps the first step for you is figuring out what is distinctive about you church. Maybe you have that already and now need to work potential leaders through those. Whatever you do, don’t settle for someone who only aligns with you theologically. You need people who get what you’re trying to build and HOW you’re trying to build it.

Leaders Who Are Teachable

One of the biggest challenges I’ve faced as a church planter and pastor in a small town is trying to work with people who have had previous ministry experience. It occurred to me that these people would have been vital in church plants. Why are they so often difficult now? I think it is because of our relatively new fixation on the gospel and mission.

Leaders from previous churches in small towns more than likely have never experienced a centrality on those two key elements of modern church planting. If they are unwilling to be taught how to lead, preach, and disciple with things like mission or gospel at the forefront of their methods, they will prove unhelpful in the end. Take heart, however. More often than not, I am seeing that you can “teach old dogs new tricks.”

Leaders Who Are Willing To Get Their Hands Dirty

Many churches in small towns cater to letting leaders do what they feel led to do, which is often a spiritualized way of saying, “What they want to do.” However, leaders who only want to do what they want to do are selfish and should be avoided until they grow up. If we learn anything from watching Jesus washing His disciples’ feet, we see that in gospel ministry, things are not beneath us. Look for leaders who are willing to do whatever it takes to get the job done. If they show up with a list of preferences and a prenuptial agreement, shut it down!

Leaders Who Don’t See This As A Stepping Stone

Small towns are not often seen as destinations, but the people who live there deserve to be led by people who’ve taken them seriously. If a leader is only interested in leading at a church in a small town so they can advance to something bigger and better down the road, people will know immediately. Jim Elliot once said, “Wherever you’re at, be all there.”

There’s something to be said for someone who can put their hands to the plow and work the field that God has given them. What you don’t want to deal with is a leader who is obsessed with the greener grass somewhere else.

Remember that Paul tells Timothy to look for leaders “who will be able to teach others also.” Simply put, don’t bring leaders who can’t lead. Just because someone has a degree from a Bible college doesn’t mean he or she can lead people. Just because someone was successful in business doesn’t mean he or she will be successful in leading others in a church.

However, too many churches hire people based on those stipulations. What you may be getting is someone who wants a title or a paycheck, but doesn’t want to lay his or her life down to make a difference in the people coming to your church. Someone taught me once that we should “recognize, raise up, and release” people into ministry from within our church as much as possible. This has saved us a world of hurt. Look for people who are making a difference without a title or a paycheck. Chances are that leadership would only lead to more of the same.

Leaders Who Are Better Than You At Something

This is counterintuitive. Leaders are people, and people naturally want to surround themselves with people that they can dominate. We like to feel like we are on top, but good leaders learn to reject this natural way of thinking and look for people much better than them.

Think of it like a baseball team. If a baseball team had 25 world-class catchers, how many games would they win? Zero. Because you don’t need a team full of great catchers; you need a great team with two great catchers. In the same way, build a team that is better than you at things you are not great at. The goal is to ‘win’ as many unsaved people as possible to Jesus, not feel like a god when you walk in the office.

Are you a rural church planter or pastor looking to network with others and learn best practices? Join us at Amplify 2017 this June 27-29, where we will have an entire track dedicated to rural churches. Register today to reserve your spot!

Join the conversation on Facebook
Tags:
None
Posted:
May 24, 2017