First published in the 1950s, the last major revision was in the 1980s.
Ed Stetzer 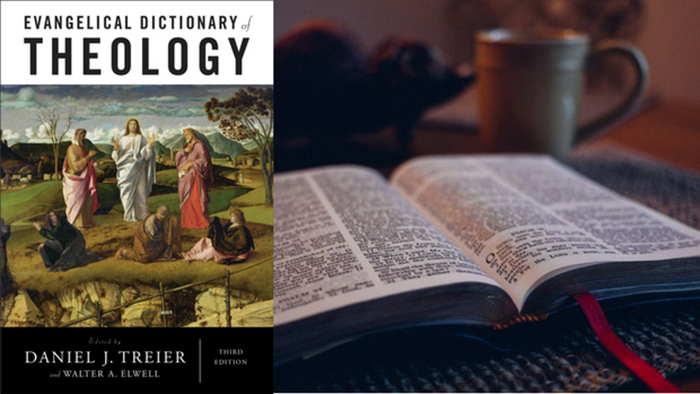 Image: Baker Publishing Group
I am glad to have Dr. Daniel Treier, Professor of Theology at Wheaton College, talk about the updated version of the Evangelical Dictionary of Theology.

Ed: Why produce another edition of this classic dictionary now?

Daniel Treier: The Evangelical Dictionary of Theology began its life as the Baker Dictionary of Theology in the 1950s. Walter Elwell produced a massively revised and expanded version in 1984, and then a smaller-scale revision in 2001. Every other decade counts as a half generation or so, and that makes it time for another update.

Our goal was to maintain the central evangelical perspective, the readability, and the comprehensiveness of the prior editions while diversifying the contributor list, addressing contemporary topics, and making sure that articles were up to date in light of recent scholarship.

In important respects, evangelical theology should not really change; yet dictionaries that seek to reflect evangelical scholarship need updating in order to articulate that theology for the current situation. For instance, the prior editions had no articles on either technology or Islam.

Ed: What are the distinctive features of this new edition?

Treier: Most importantly, almost half of the new authors contribute female, ethnic minority, and/or Majority World perspectives, so we have more fully reflected the diversity of Christ’s global body in this edition.

Second, we have replaced major articles, especially on the church fathers and on key doctrines, to keep them current, and we have introduced contemporary topics as noted above.

Third, we have focused a bit more on theology but somewhat reducing the size. The coverage of biblical theology and the history of Christianity remains substantial, but a little more focused.

Fourth, we have updated the bibliographies. I confess that I was initially unsure about whether to include them, or how to do so in a way that would avoid quick obsolescence. Once I started the updating, though, various forms of internet searching convinced me of their importance.

There are massive amounts of sheer theological nonsense available today, along with evidence that such material dangerously misleads many of God’s people. Upon seeing that, the effort we put into curating short lists of solid resources suddenly seemed worthwhile.

Ed: Lots of people today wonder about whether ‘evangelical theology’ has a coherent history and identity. How has the process of editing this dictionary informed your perspective on that question?

Treier: I have worked on this editorial project since 2010, and neither evangelicalism nor the world at large got less complicated during that time! So I am a realist about the historical and sociological breadth of claims about ‘evangelical theology.’

Nevertheless, working through the older EDT articles—both those that we kept and updated, and those that we ended up replacing—provided substantial evidence of core theological tendencies among many centrist evangelical leaders leading up to the Lausanne Covenant of 1974 and then emerging from it.

Today, of course, many claim to be ‘evangelical’ or get that label who are really something else—whether more fundamentalist or more liberal (without attaching pejorative connotations to either term). Various contemporary and institutional challenges may further divide those whose theological pedigree is historically evangelical. Yet I think that, for all the difficulties of definition, a Lausanne-like theology remains a plausible anchor for an evangelical center.

Ed: Why is evangelicalism a movement that needs its own dictionary?

Treier: From the scholarly side, many evangelicals are now respected, even influential figures in biblical, historical, and theological disciplines. On many topics, an overview of key evidence, historical events and figures, etc., will not be drastically different for evangelicals, even if our stances about the significance or particular aspects of the material might be.

From the pastoral or churchly side, though, an evangelical theological dictionary may be more necessary. First, evangelicals’ emphasis upon the priesthood of all believers should promote more use of such material among pastors and laypeople alike. Second, evangelicals’ complicated cultural history probably generates extra theological suspicion in our midst, so dictionaries developed by trusted evangelical scholars are more likely to garner helpful usage.

Third, evangelicals are somewhat distinctive in their combined commitments—scripture’s final authority, its trustworthy salvation history, an active and conversion-oriented piety, missional cooperation across ecclesiastical lines, etc.—and such a dictionary can help people with those commitments to address the wider theological landscape.

Ed: How has evangelical biblical and theological scholarship changed since the previous edition?

Treier: In our book Theology and the Mirror of Scripture, Kevin Vanhoozer and I have highlighted four important changes. First, more robust academic engagement, both among the theological disciplines and beyond them. Second, increased awareness of the “Great Christian Tradition” on one hand and the variety of our subtraditions on the other hand. Third, interest in Global Christianity—or even awareness of what God was already doing elsewhere. Fourth, interfaces with contemporary, sometimes called “postmodern,” Christianity and culture.

The increased breadth and depth of such evangelical scholarship brings both opportunities and threats. An obvious threat involves loss of evangelical identity. A less obvious opportunity involves newfound agreement.

One example would be the wider evangelical embrace of ‘inaugurated eschatology’—that Christ’s kingdom is both already here and not yet present in its fullness—as a way of getting past some of the sharpest polarizations between covenantal and dispensational theologies. Biblical and theological scholarship has made an important contribution to evangelical unity there, which the EDT tries to reflect appropriately.

Ed: How would pastors and laypeople be able to benefit from this dictionary?

Treier: The EDT has a history of readability and comprehensiveness that we have tried to preserve as much as possible. The EDT encourages reliable scholars to write for students, pastors, and interested laypeople, not other scholars, and to focus upon biblical, historical, and theological overviews of a topic rather than trendy and narrow scholarly debates that might quickly pass away.

Besides looking up particular topics as needed and using the bibliographies to get started on further study, I also hope that the dictionary could enhance pastoral and lay theological awareness.

Looking through earlier editions actually educated me about topics I wasn’t aware of or adequately informed about. So, a bit of sanctified browsing might lead someone to think theologically about torture or become aware of missional theology or discover the Athanasian Creed or rejoice in the range of contemporary worship practices worldwide.

Join the conversation on Facebook
Tags:
None
Posted:
November 7, 2017

One-on-One with Daniel Treier on the Updated ...